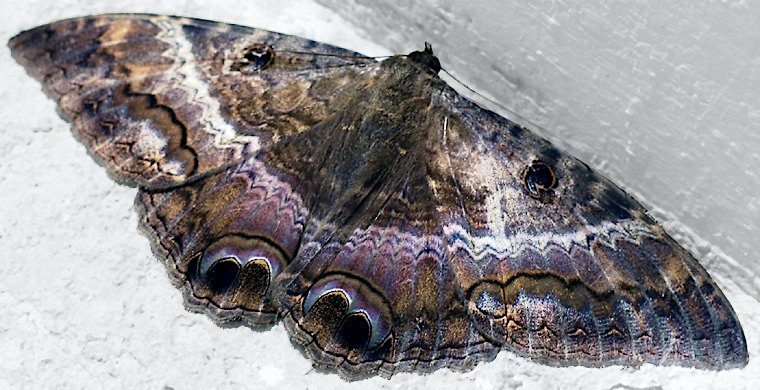 The Black witch…moth. Demise and ill fortune are some of the entities thought to be brought on by the Black Witch moth or Ascalapha odorata as its scientifically known. Some citizens in the Caribbean, Central and South America believe nothing but bad will come if you encounter this insect. In Jamaica, it is dubbed the “duppy bat” which is believed to be a lost soul with bad luck. In Mexico, if the moth flies into a home, it is believed someone in that household is sick or close to death.