The world on Saturday witnessed one of the most dramatic scenes at a Grand Slam final after tennis champion, Serena Williams accused an umpire of sexism and unfair treatment.

The 36-year-old lost the U.S. Open Women’s Final against Naomi Osaka but not without controversies.

Williams was cited by official Carlos Ramos for three code violations during her 6-2, 6-4 loss to the 20-year-old Osaka: for getting coaching signals; for breaking her racket, which cost her a point; and for calling the chair umpire a thief, which cost her a game.

I don’t cheat…
You own me an apology…
I have never cheated in my life..
I have a daughter and I stand for what’s right for her… pic.twitter.com/xLvbMlPOjv

After the match, Williams refused to shake the umpire’s hand and she continued demanding an apology as the crowd roared with boos. 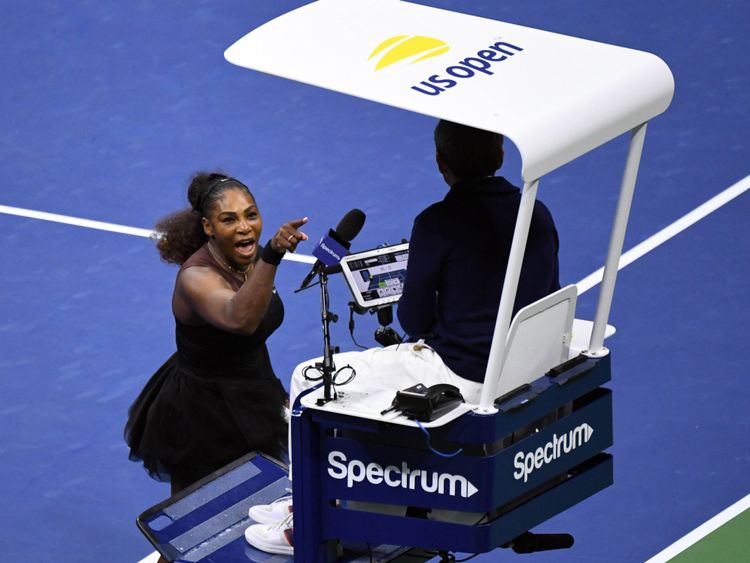 At a media conference later, the tennis star said: “I’ve seen other men call other umpires several things,” she said.

“I’m here fighting for women’s rights and for women’s equality and for all kinds of stuff. For me to say ‘thief,’ and for him to take a game, it made me feel like it was a sexist remark. He’s never taken a game from a man because they said ‘thief’.

“For me, it blows my mind,” Williams said. “But I’m going to continue to fight for women.”

For critics, Williams may have overreacted but for her supporters, this is just another example of how tennis has treated women differently to men.

Now a mom, Williams, who has in recent years been speaking out about discrimination faced by women and the black community, has not had it easy with game officials  as the following will show: