The Mbalantu women of Namibia were in the 1900s well-known for their incredibly long, braided hair.

It is said that the length of the hair was so important to these women to the extent that some of them had to buy hair from other women to attach to their own.

As girls pass through various stages of life, the Mbalantu organized ceremonies in which the hair of the girls is given particular treatments to reflect their new status, thus, hair became an integral part of their traditions.

These ceremonies often begin from the age of 12, when the hair of girls is taken through special treatments that will speed up growth. 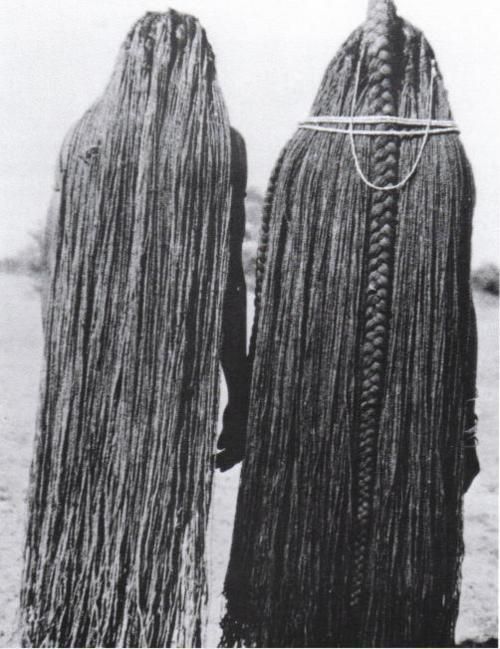 Mbalantu women were known for their floor-length hair — Pinterest

Girls are made to, first of all, coat their hair in a thick paste made from finely ground tree bark of the omutyuula tree mixed with fat.

The young girls will live with this thick mixture on their scalp for years before it is subsequently loosened to make the hair visible. Fruit pips of the bird plum are then attached to the ends of the hair with sinew strings.

At the age of 16, long sinew strands that reach the ground are attached to the hair of these girls.

They also go through the Ohango Initiation (a ceremony that gets them accepted as women) in the same year but before this, the hair of the girls is styled into four long, thick braids, known as eembuvi. 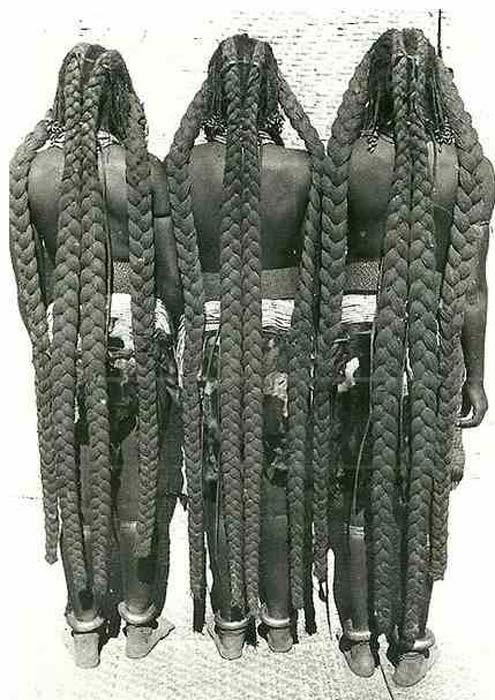 Now seen as women, their hair goes through another change. A new layer of the tree bark and oil mixture is applied to the hair to ensure further growth.

The long plaits are subsequently arranged into a headdress, which is to show that a woman was married.

Historical records indicate that this headdress was so heavy to the extent that the “upper ends were often attached to a piece of rope or skin, which was fastened around the forehead in order to distribute the load more evenly.” 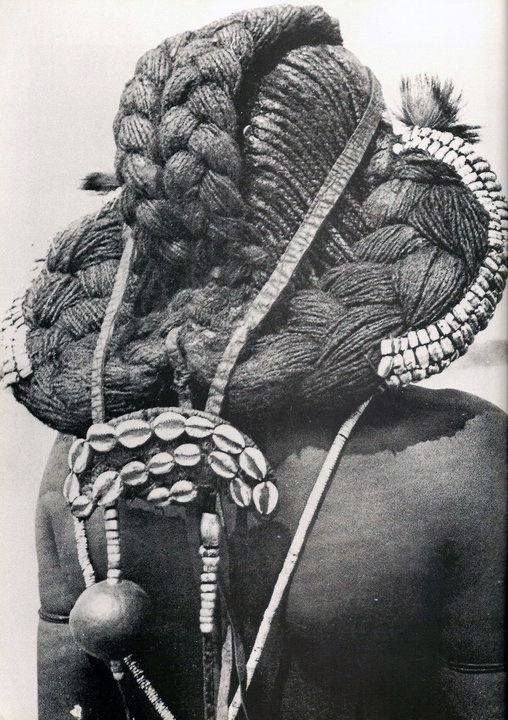 A woman had to wear this style for several years after marriage but should change it to mirror a new status, such as the birth of a child.

These unique Eembuvi braids re-emerged in the 90’s as Box Braids and have since become an inspiration for many people across the world, even though they are not as long and thick as the Mbalantus. 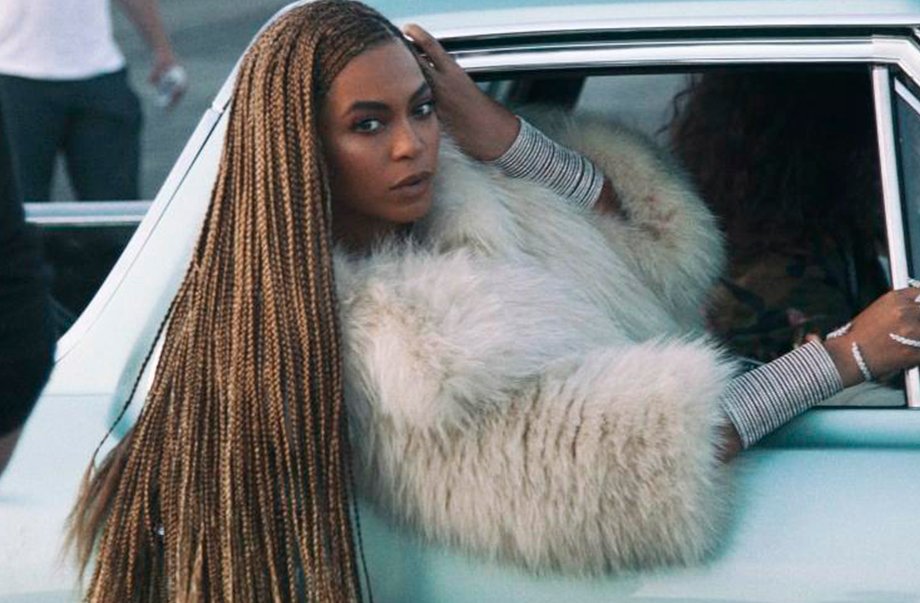 Beyonce showing off her box braids