South African icon, Miriam Makeba, lived a great life: a life that will be remembered for years to come. Her stardom spanned throughout the world. She was a musician, a singer, a humanitarian, but what was probably most important to her was that she was a South African. This pride stayed persistent even though the racist government of South Africa wouldn’t accept her. 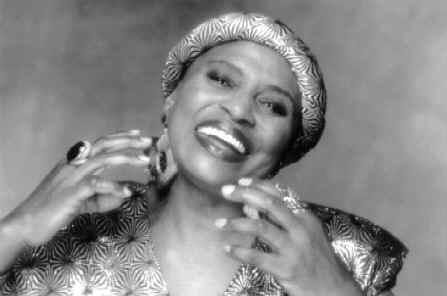 Makeba was born on March 4, 1932, in Johannesburg, South Africa. During this time, South Africa was struggling with apartheid and racial discrimination against black South Africans. Despite this major obstacle, Makeba didn’t allow the circumstances to break her spirit. Instead, she found strength in what she loved to do most: singing.

Makeba started singing at a very young age, but her musical selections were very distinct. She mixed jazz with traditional South African music. This wonderful mix brought a lot of international attention, and she was able to begin her first tour of the United States in 1959, with a South African group called the Manhattan Brothers. 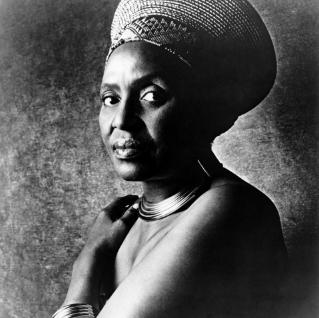 While on tour, Makeba was embraced by many and gained even more fans. Around that time, she also appeared in an anti-apartheid documentary that upset the South African government. Because of her documentary feature, when she tried to return home from her tour, she realized that her passport had been revoked. Unable to return home for years, Makeba became a citizen of the world, receiving passports from several African and non-African countries. She was also granted honorary citizenship from ten countries. She was finally allowed to return to her native country in 1990 when Nelson Mandela was released from prison.

During her exile, her most famous songs “Pata Pata” and the “Click Song” were released worldwide. Makeba described her love for music and her passion behind it by explaining:
“You sing about those things that surround you, our surrounding has always been that of suffering from apartheid and the racism that exists in our country. So our music has to be affected by all that.” Makeba moved the world with her music and was the first black African woman to win a Grammy Award, which was shared with Harry Belafonte in 1965.

Miriam Makeba died on this day in 2008, shortly after she performed a concert in Italy. She was 76 years old and lived a very full and memorable life. It is because of her intense dedication to her home continent that Miriam Makeba became known as “Mama Africa”.

A true global citizen and African icon, Miriam Makeba brought together all of Africa with her music. She will forever be remembered.