Soul and Rock and Roll legend Tina Turner was born as Anna Mae Bullock on November 26, 1939. She rose to fame as a backup singer in Ike Turner’s King of Rhythm band in 1958. She later became one half of the prestigious duo, the Ike & Tina Turner Revue.

Her illustrious career includes record sales surpassing 200 million sales, selling more concert tickets than any other solo performer in history, according to the Guinness World Records, earning 12 Grammy’s, induction in the Rock and Roll Hall of Fame and receiving a star on the Hollywood Walk of Fame.

On the flip side, Turner endured years of physical abuse from her then-husband Ike, attempted suicide, incurred debt causing her homelessness and sought public assistance. Later in her life, she suffered from cancer and kidney failure among other life-threatening illnesses. Turner considered assisted suicide until her husband, Erwin Bach donated one of his kidneys to her. 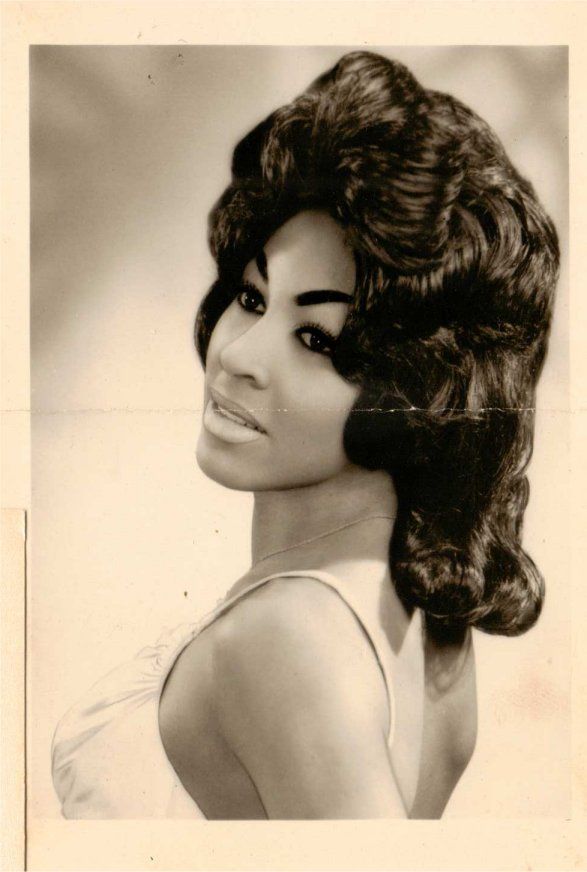 Turner and her sister, Ruby Aillene, were separated when their parents moved to Knoxville, Tennessee for a position their father took at a defense facility during World War II. Turner was sent to live with her paternal grandparents. Two years later, she was reunited with her parents and sister in Knoxville.

At the age of 11, Turner’s mother relocated to St Louis to escape abuse from Turner’s father.

Turner expressed that she felt her mother was not nurturing; because of this, their estrangement lasted until Bullock’s death in 1999. 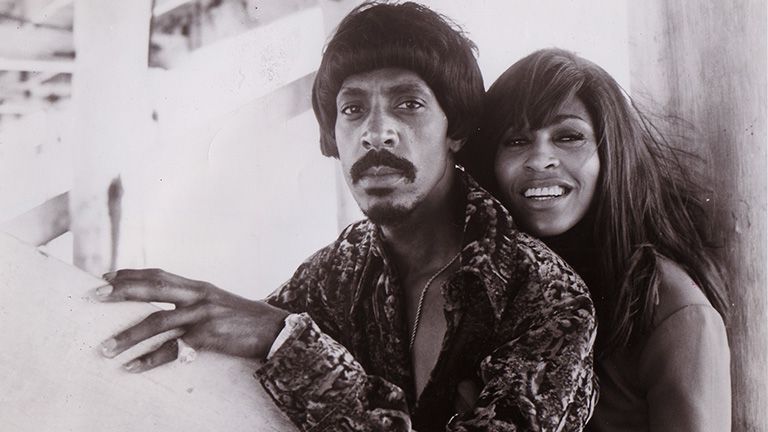 Ike and Tina Turner…TV One

After returning to St. Louis, Turner and her sister visited clubs in the area and in East St. Louis.

Turner first saw Ike and his band, the Kings of Rhythm, perform at Club Manhattan.  She recalls being in a “trance” and wanted to perform too, even though no women had ever sung in the band.

In 1957 at the age of 17, Turner’s chance arrived – she sang a song during the band’s intermission and was invited to sing more songs during the show.  From that night, Turner became a vocalist and in 1958 she sang background on a track called “Box Top” under the moniker “Little Ann.”

In 1959, Ike and Tina became sexually active, eventually marrying in 1962.  The pair had one child named Ronald “Ronnie” Rennelle Turner, born on October 27, 1960. Tina previously gave birth to a son named Craig Hill with Raymond Hill, a member of the Kings of Rhythm.  She later adopted Ike’s two sons from a previous marriage named Ike Jr. and Michael.

Tina described her and Ike’s love affair as uneventful. She doesn’t express loving Ike but rather loving her boyfriend in high school, named Harry. Her marriage to Ike was one of convenience. 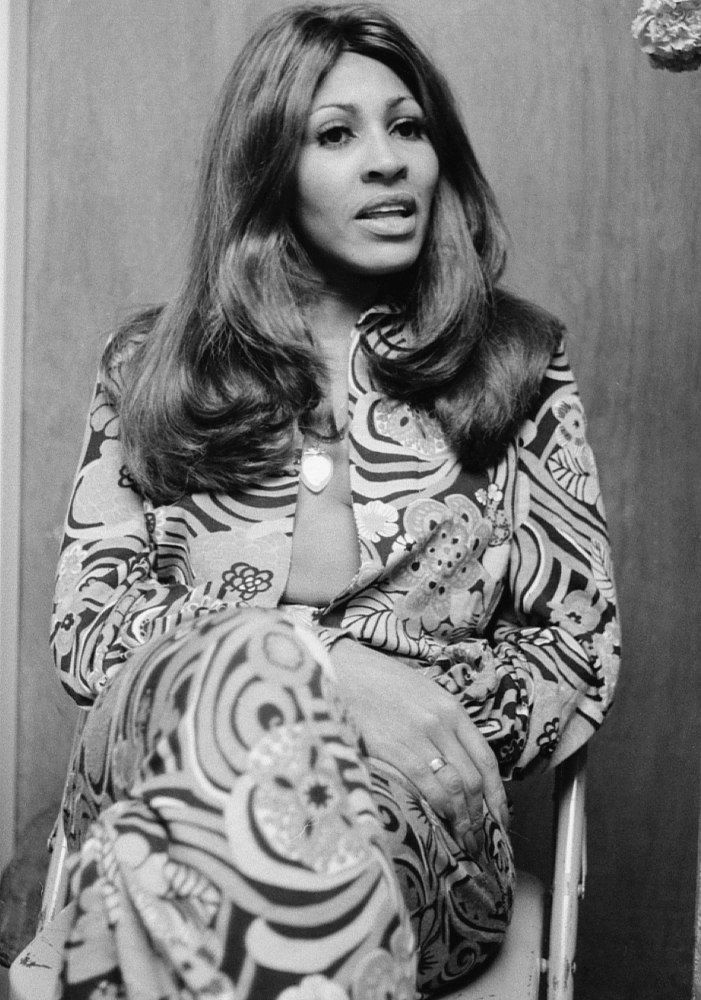 In 1960, Turner’s voice was featured as a fill-in or dummy voice on the track “A Fool in Love” – which was originally supposed to be recorded by Art Lassiter.  The track received decent airplay in St. Louis.  Ike was then prompted to sell the song for a $25,000 recording and publishing advance.  The amount would’ve equalled $208,620 in 2017.

Juggy Murray, the president of Sue Records who purchased the song also convinced Ike to make Turner the center of his band.  Ike then renamed Turner, Tina and she ceased from using her birth name Anna Mae Bullock.

Ike was inspired by Sheena, Queen of the Jungle – a comic book character.  He also trademarked the name Tina Turner so that any lead singer could suit the spot.

“A Fool in Love” was officially released in July 1960 and landed the number 2 spot on the Hot R&B Sides chart and number 27 on the Billboard Hot 100 that October.

“It Gonna Work Out Fine,” released in 1961, peaked at the top 20 and garnered the Turner band a Grammy nomination. Three additional singles ensued. Ike formulated his band, the Ike and Tina Turner Revue and Tina’s band, the Ikettes while promoting the records.

The Turners toured extensively starting with the “chitlin’ circuit” then to broader audiences in the United States and overseas.

In 1965, record owner Phil Spector sought a deal with Tina and paid $20,000 so that Ike would stay out of the studio during production.  The partnership enabled Turner to record “River Deep – Mountain High” which was a success in the United Kingdom.  After covering “I’ve Been Loving You Too Long” originally by Otis Redding, Turner received a Grammy Nomination for Best Female R&B Vocal Performance.

In 1971 Turner and the Revue recorded Creedence Clearwater Revival’s “Proud Mary” which became their biggest track gaining a spot at number 4 on the Hot 100 and selling over a million copies, winning them a Grammy for Best R&B Performance by a Duo or Group. 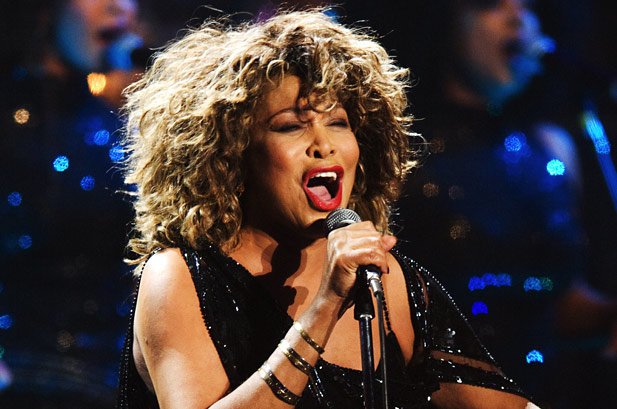 Later within that same year, their live album, “What You Hear Is What You Get,” taken from a performance at Carnegie Hall, was their first to be certified gold.

In 1974, Turner released her first solo album, “Tina Turns the Country On!” reaping a Grammy nomination.  She also went to London where she played “The Acid Queen” a drug-addicted prostitute in “Tommy,” a rock musical.

Turner returned to the states, continued singing with the Revue and released another album called “Acid Queen” in 1975.

During the 1970s, Turner adopted Nichiren Buddhism as a religion and began chanting Nam Myoho Renge Kyo to deal with the stress of her abusive marriage and to build up the courage she needed to end her marriage to Ike.

On July 2, 1976, The Turners were scheduled for a show at the Dallas Statler Hilton. En route, they got into a fight. Turner fled to a friend’s house. On July 27, she sued Ike for divorce and cited irreconcilable differences.

Turner was legally responsible for reneging on her contracts to perform. After spending a year fighting in court, Turner was officially divorced on March 29, 1978.  Turner was only rewarded her stage name, two Jaguar cars and the legal obligation to pay off the cost of missed concert performances and an IRS lien.  She later quoted in her first memoir, I, Tina, “my peace of mind was more important.”

In 1977 after being given finances by United Artists executive Michael Stewart, Turner appeared in Las Vegas in a series of cabaret-style shows. She also appeared in popular shows of the day such as The Hollywood Squares, Donny and Marie and The Sonny & Cher Show to name a few. Her albums “Rough” and “Love Explosion” were commercial flops on the charts.

In 1981, Turner started performing without a band and ventured into the Rock n Roll genre.  She was able to open for The Rolling Stones, featuring on the track “Hot Legs” with Rod Stewart, several performances with Chuck Berry and recording a rendition of The Temptations’ “Ball of Confusion.”

From 1983 to 1985, Turner recorded “Private Dancer,” “What’s Love Got to Do with It,” led a second world tour and lent her vocals to the famed “We Are the World” benefit song.

She also starred in the classic film, Mad Max Beyond Thunderdome, received an NAACP Image Award for Outstanding Actress for her role in the film, won a Grammy Award for Best Female Rock Vocal Performance for singing the songs “We Don’t Need Another Hero (Thunderdome)” and “One of the Living” in support of the film. Singing on the single “It’s Only Love” with Bryan Adams resulted in yet another Grammy nomination for Best Rock Performance by a Duo or Group with Vocal.

During the span of 1986 to 1998, Turner gained further success with “Break Every Rule,” her contribution to the soundtrack of the film, “What’s Love Got to Do with It,” more specifically her top 10 U.S. hit “I Don’t Wanna Fight,” the “Wildest Dreams” album, “When the Heartache Is Over,” and her ultimately successful tour dubbed The Twenty Four Seven Tour which grossed $100 million.  The film was an adaptation on her and Ike’s life together. 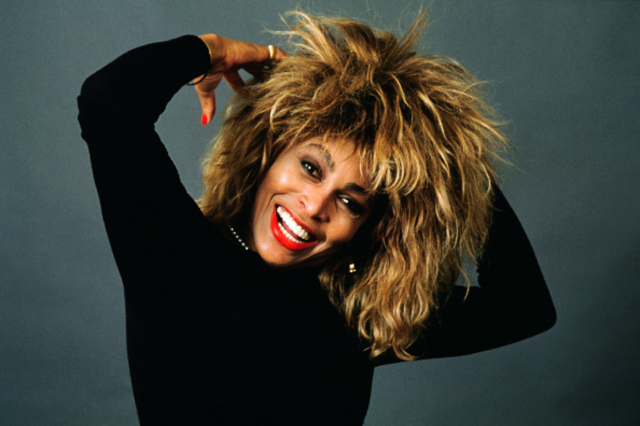 Turner returned from a semi-retirement in 2004 and produced the album, “All the Best.” The live version of the album was released in November of the same year and reached platinum status.  Turner was recognized by the Kennedy Center Honors at the John F. Kennedy Center for the Performing Arts in Washington, D.C.

In 2007, Ike Turner died of a cocaine overdose. He also suffered from emphysema and cardiovascular disease.

In 2008 Turner made a full comeback, performing an epic show with Beyoncé during the Grammy’s, earning a Grammy for being a featured artist on River: The Joni Letters, headlined the Tina!: 50th Anniversary Tour. 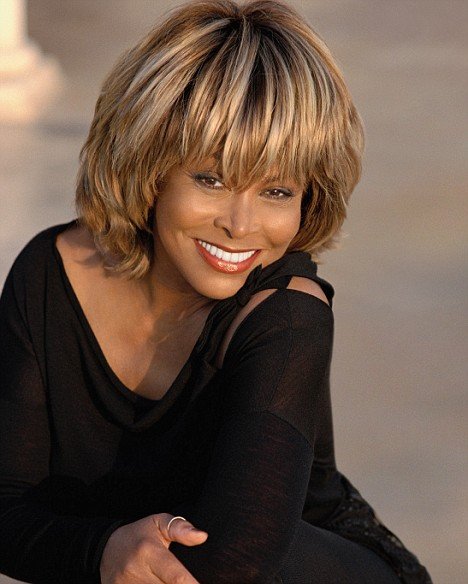 In April 2013 at the age of 73, Turner became the oldest person to grace the cover of the German issue of Vogue magazine. It was during this time that Turner also suffered a stroke in which she had to relearn how to walk. It occurred three weeks after wedding her longtime beau, Erwin Bach.

October 24, 2013, marked the date in which Turner renounced her American citizenship in turn for Switzerland citizenship.  She has owned a lake house in Küsnacht, next to Zürich since 1994.

In 2016, Turner announced that she was working on a musical based on her life named Tina. It opened in London in April 2018. During 2016, Turner was diagnosed with intestinal cancer. She chose to treat her illness using a homeopathic regimen, however, it worsened her condition and she went into kidney failure.  She was on the verge of being relegated to dialysis because her chances of a kidney transplant were low.

Considering assisted suicide, Bach later donated his kidney to her on April 7, 2017. 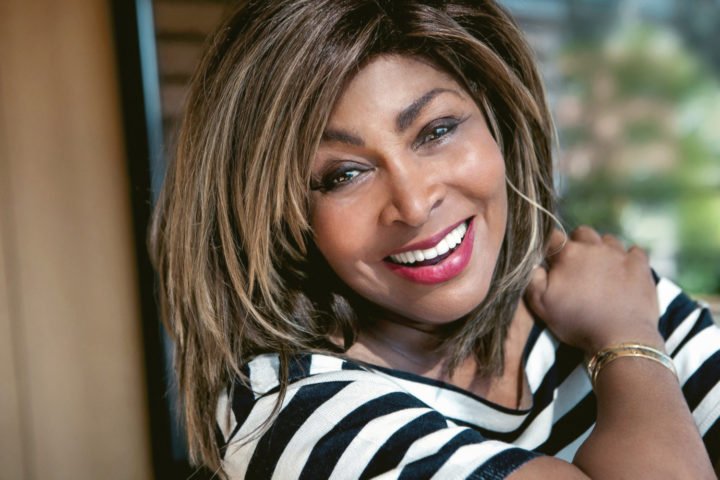 In a March 2016 interview with Lion’s Roar magazine, Turner says she prays and chants each day: “Nam Myoho Renge Kyo is like a song. In the Soka Gakkai tradition we are taught how to sing it. It is a sound and a rhythm and it touches a place inside you. That place we try to reach is the subconscious mind. I believe that is the highest place.”

Her second memoir, Tina Turner: My Love Story, is due for release in October 2018.  In July, Turner’s eldest son Craig died at the age of 59 from a self-inflicted gunshot wound.

Some additional accolades for the prominent singer include placing 17 on Rolling Stone’s list “The 100 Greatest Singers of All Time” and being bestowed with the title of “The Queen of Rock and Roll.”