The Memorial ACTe, the Caribbean Centre of Expression and Memory of Slavery & the Slave Trade, is an architectural phenomenon and waterfront museum in Guadalupe, an overseas region of France in the Caribbean.

The museum is the result of an ambitious project led by the Regional Council of Guadeloupe which commenced in 2008 and ended in May 2015 with the opening of the center.

According to The Root, the 77,000-square-foot memorial in Pointe-à-Pitre is the largest museum dedicated to the memory and history of the slave trade. 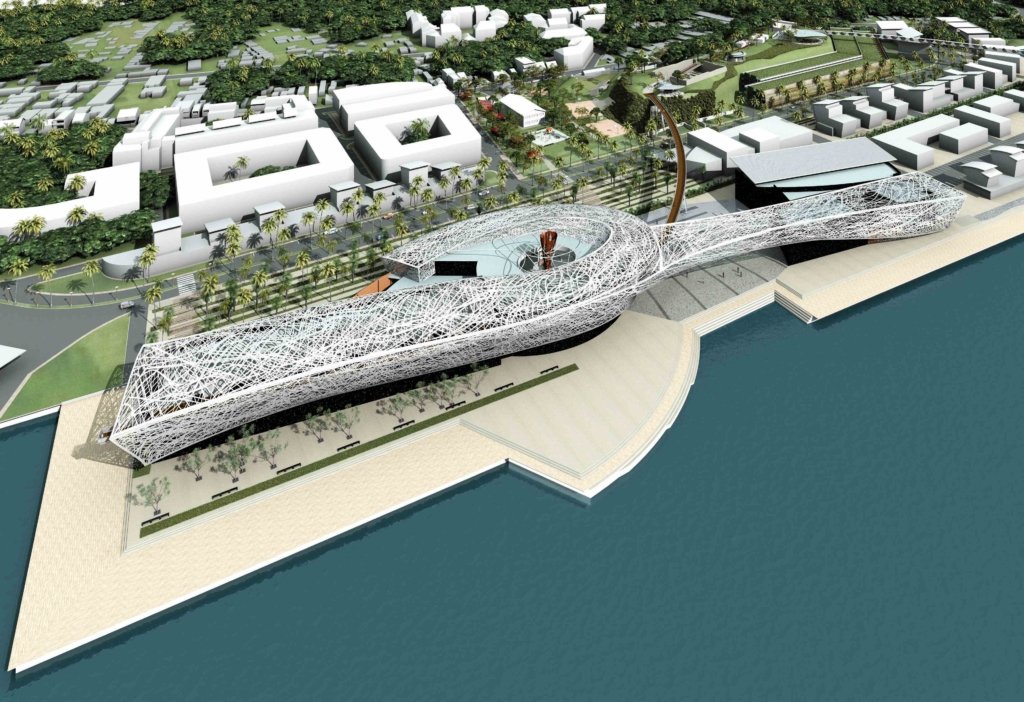 The Memorial ACTe is part of UNESCO’s Slave Route Project, a global initiative to break the silence surrounding the slave trade and slavery to promote understanding, reconciliation, and cooperation among peoples.

According to the museum’s website, the architectural masterpiece “seeks to bring together a range of viewpoints and disciplines, drawing not only upon our history, the heart of the project, but also upon ethnology, social anthropology and history of the Arts. The history of slavery and the slave trade is explained using archived documents, images, artefacts, everyday objects plus visual and audio testimonials”.

Furthermore, the Guadeloupe Regional Council says the project seeks to “expose all forms of slavery, whether past or contemporary, by creating an open space dedicated to the fight against oppression and highlighting the fight for freedom.” 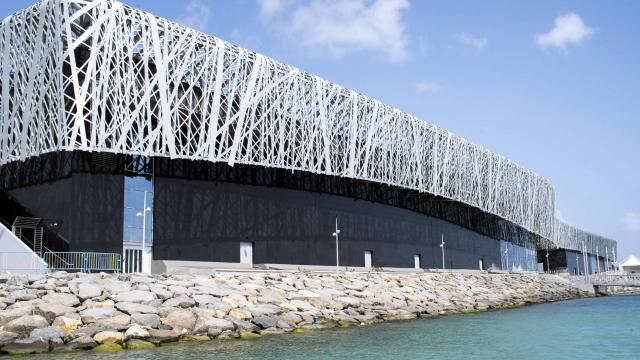 The center is located on the Darboussier site, a former sugar plantation.

It constitutes a permanent 1700m2 exhibition space describing the history of slavery from antiquity to the present day; a temporary 700 m2 exhibitions space dedicated to contemporary artistic expression; and a panoramic 2,2 hectare, Morne Mémoire (Memory Hill Park),  offering a view of the sea, mountains and Pointe-à-Pitre town, with an orientation table and an ice-cream parlor. There is also a conference and visual arts hall, a media library, a genealogical research area, a panoramic restaurant, a bookshop and a gift shop.

On the architecture, the museum says the “box, which constitutes the base of the root structure was made from shaped silver latticework. The roots evoke the quest of origins and connote momentum, growth, movement radiating across the world and self-expression”. 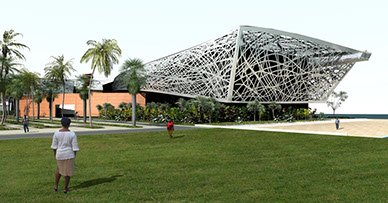 France colonized Guadalupe in 1635 and brought in massive numbers of slaves from Africa to work on the coffee and sugar-cane plantations. By the time slavery was abolished in 1848 in Guadalupe, 300,000 slaves had been brought from Africa. Today, Guadalupe’s population is 400,000 with 90 percent being black or mulatto.

Visitors say that it is one of the best museums they have ever been to.  They commend the center’s food, service, and curation of stories. They cite that the museum won the Best European Museum Award for 2017.

It is clearly a must-see when you visit Guadalupe.