Nine years ago, we were told that the population of African penguins is declining largely due to “commercial fisheries and shifts in prey populations.”

BirdLife South Africa, which announced a shift of the African penguin from vulnerable to endangered, said that immediate conservation action is needed to prevent further declines.

Just over 50 years ago, specifically in 1956, about 150,000 pairs of African penguins were counted but this figure dropped to 26,000 pairs in 2009. At the moment, the African Penguin species has declined by over 90 percent of its original population. 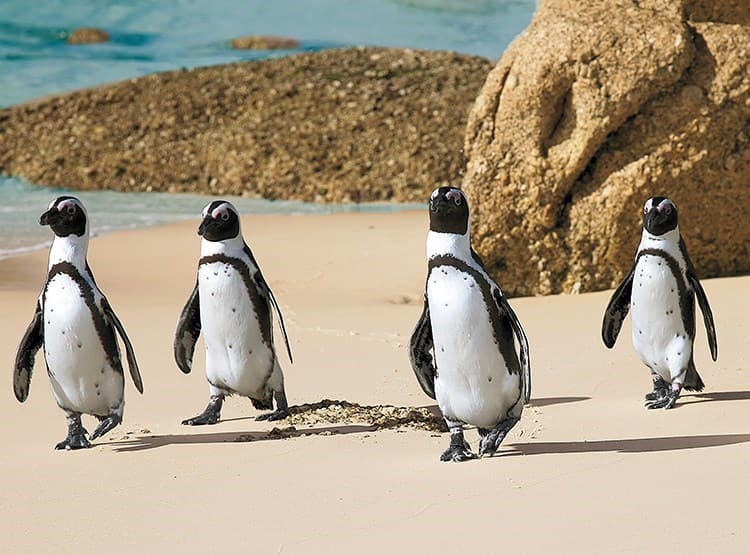 South African biological scientist Patrick Siyambulela Mafunda, who learned of the species decline while researching options for his Ph.D. at the University of the Western Cape, decided to use an unprecedented method to help the species survive – in-vitro fertilization.

Mafunda’s aim is to deliver the first lab-cultivated African penguin.

Penguins do stimulate their genitals against rocks and by sliding on ice, but Mafunda found during his close contact with African penguins that he could induce ejaculation by massaging their abdomens. 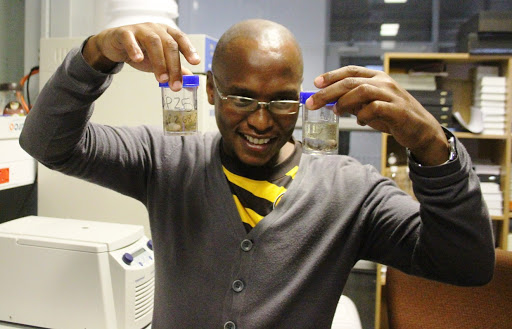 This is how an article by SowetanLIVE described his massage technique:

“He [Mafunda] used birds at the Two Oceans Aquarium and the SA Foundation for the Conservation of Coastal Birds, first investigating and describing their testes and ovaries.

“Then he studied the quality and physiology of their sperm, including pilot studies on sperm cryopreservation for future insemination — all of which involved collection difficulties as well as long hours in the lab. 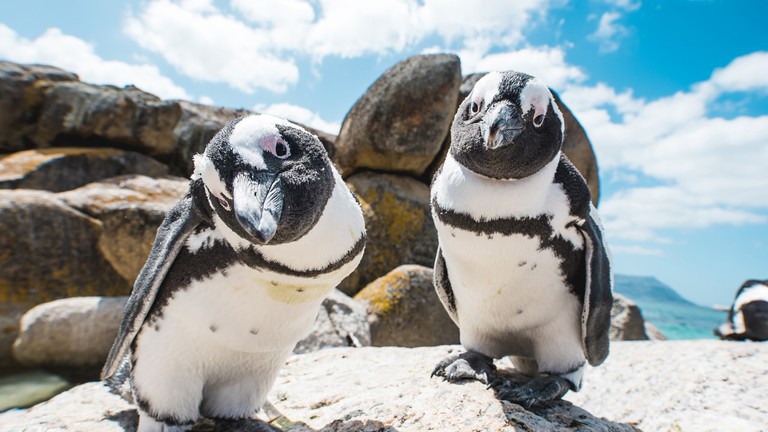 His goal now is to develop an in-vitro fertilization technique for the species.

“The next stage is to create a biobank for African penguin sperm that we know is good quality,” Mafunda, from Matatiele in the Eastern Cape, told CNN. “That will allow us to perform the IVF and produce (fertilized) eggs.”

Mafunda is hoping to get new partnerships that will give him the needed support to continue his research to save the penguins.

“While there have been a lot of conservation studies done on the species, there haven’t been any on its reproductive biology. We need to understand that if we’re going to help preserve the species.” Although scientists are finding it difficult to prove exactly what is behind the decreases, Rob Crawford, chief scientist for Marine and Coastal Management, South Africa said: “All the indications are that the penguins are struggling to find enough sardines and anchovies. A huge amount is done to protect penguins from other threats, but the decreases have continued unabated.”