Giant tortoises once thrived on most continents but are now confined to two habitats, on the Galápagos Islands and the Aldabra Atoll. The Aldabra Atoll is a UNESCO World Heritage Site and home to the largest wild Aldabra giant tortoise population in the world.

Protected from human influence, the Aldabra retains some 152,000 giant tortoises and these gentle giants, with their “huge domed shells”, “big scaly legs” and “oddly prehistoric faces”, are able to roam freely and safely and always ready to pose for photographs with visitors.

Currently, there are about 20 giant Aldabra tortoises living in Bird Island in the Seychelles but the most popular of these herbivorous gentle giants freely roaming around on the island is Esmeralda, who is no stranger to Guinness World Records. 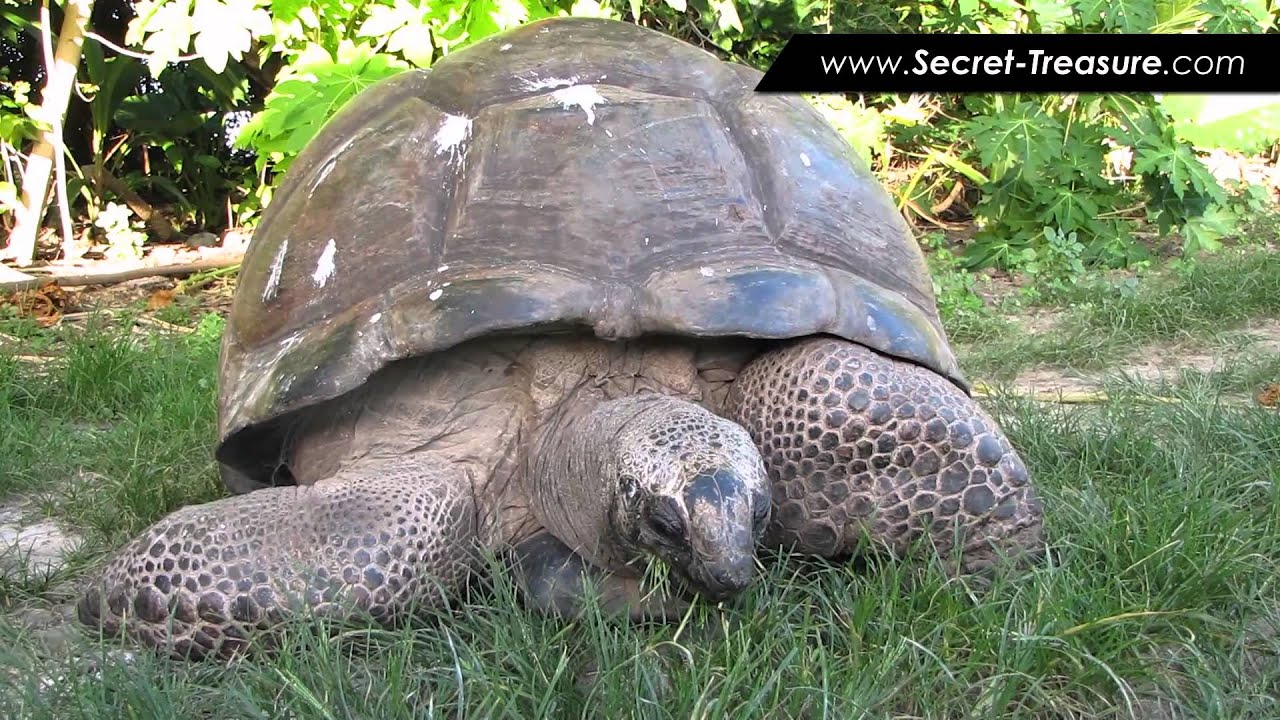 Thought to be 170 years old, he (yes, Esmeralda is a male tortoise) is the world’s biggest and heaviest-free roaming tortoise weighing over 670 pounds (304kg). He got his beautiful name from famous botanist/zoologist Lyall Watson who was then visiting Guy Savy, the owner of Bird Island.

“We were having fun naming our newfound friend. I think it was Lyall who first mentioned Esmeralda: a happy and far-reaching name for such a docile creature,” Guy said. “In those days, a wild animal, especially a reptile, was sexed only for research. I don’t think Esmeralda minds.” 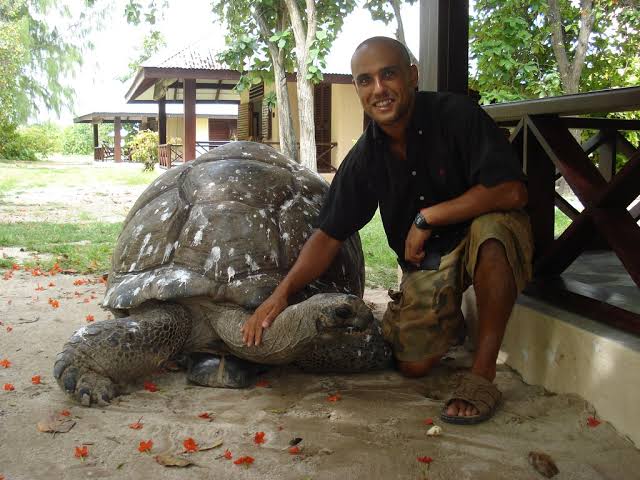 Guy’s Bird Island is not only known for giant tortoises as the birder’s paradise also attracts seabirds, including sooty terns as well as the Hawksbill turtle hatchlings and sea turtles. These are natural wonders that every visitor would love to see but they still do not have the fame of Esmeralda, who continues to be a calm, friendly creature with guests.