More and more women are deciding to keep their surname after tying the knot, while some couples are choosing a merged name. But what about the smaller number of men opting to take their wife’s last name after marriage?

He said there are many reasons for taking that decision, though he can sum up his many reasons with one word: legacy. Wellington recently explained why he chose to do it in a write-up cited by Essence: 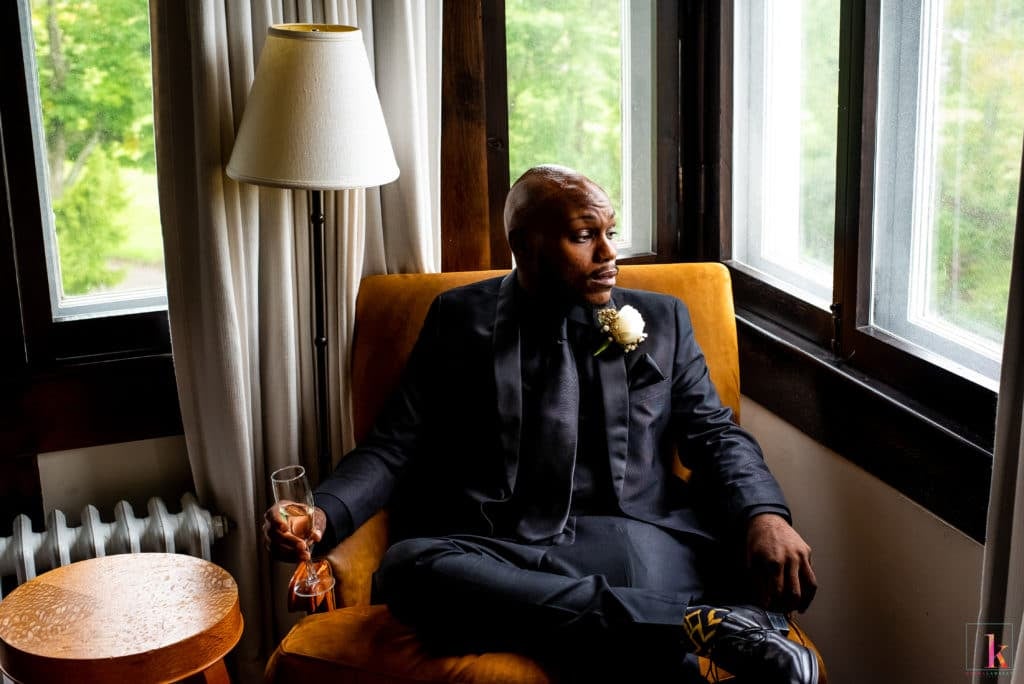 I was born Sean Michael Mesidor. After I got married on September 1st, 2018 to the love of my life Simone, I became Sean Michael Wellington forever. Why did I do it? Well, if you had to pick between “Mesidor” and “Wellington” what would you choose? At first glance, you may think this choice was made purely for vanity. Though the optics definitely play a part, the decision to take my wife’s last name was one made after much consideration and discussion. I can sum up my many reasons with one word: legacy.

Before 2015, I had never even heard of a man taking a woman’s last name. The concept was introduced to me while I was working on an ESSENCE video segment about Zoe Saldana’s husband taking her last name. Sure, I knew some women hyphenate their names or choose to keep their maiden name. My mother was hyphenated. But why would a man ever need or want to change his last name?

A seed was planted in my head. Throughout my life, for different reasons (most of them trivial), I’ve flirted with the idea of changing my name. As I mentioned, my mother has a hyphenated last name, SEARLES-MESIDOR. In elementary school, I tried claiming her maiden name for a while so I could have the initials SS. I was obsessed with the idea of having a cool nickname like JJ, CC, or DD. SS didn’t roll off the tongue as nicely. In middle school, I told all of my classmates to call me by my middle name from now on. So for a while, I was MM, Michael Mesidor. That didn’t stick. In junior high and highschool I adopted the alias JM, an homage to the movie Jerry Maguire and my teenage aspirations of becoming a sports agent. The moniker JM didn’t last very long, but the AIM screen name and email address still exist today.

I’m very proud of the name Mesidor, I feel blessed to have had a unique and culturally rich last name. My father is Haitian and I have MESIDOR tattooed on the inside of my bicep as a constant reminder of the revolutionary spirit of my Haitian ancestors who were the first in the Caribbean to fight for their freedom. Mesidor isn’t the easiest name for American kids to make fun of. “Sean messed the door” was probably the worst joke I heard and even that would barely get a chuckle.

In fact, most nicknames derived from my last name were complimentary in nature. As an adult, my coworkers would often call me “Mesi” as a term of endearment. Though one particular coworker went overboard and thought adding “sidor” at the end of all of his words was cool. That wasn’t it chief. Aside from the persistence of that one habitual line stepper and those who parroted him, I’ve mostly had a positive relationship with my name.

So why did a grown man decide to take his wife’s last name?

In order to fully understand the scope of this decision, you have to know a few things about my wife and her family. Simone Allison Wellington was and still is one of the bougiest names in Black history. But my wife loves her name and all of the gravitas that comes with it. Simone is the youngest of two daughters, my mother-in-law endured several miscarriages between her daughters coming into the world. All of them were going to be boys. There were no Wellington sons to pass on the family name. Out of respect for my new in-laws and the wonderful daughter they raised, I decided to carry the Wellington name and pass it on to the next generation. I literally became the son they never had. 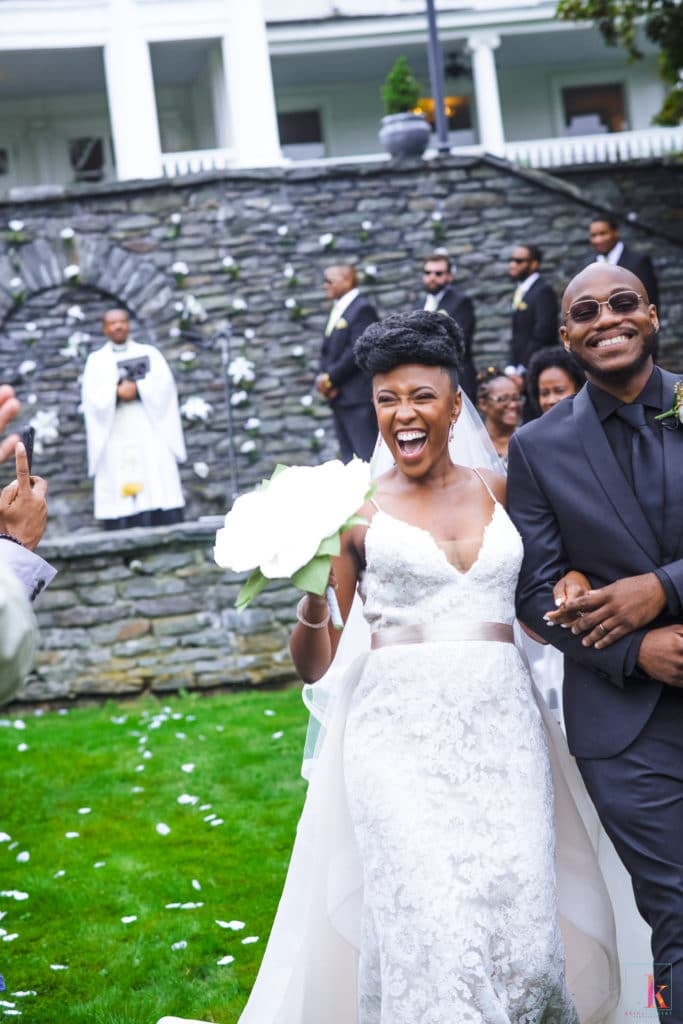 I chose to take my wife’s last name out of respect for my father in law. Over 50 years ago, he survived the infamous Kendall Train Crash in Jamaica. 200 people died when a brake failure caused the train to derail. After the crash, he was missing and presumed dead for days before he was ultimately discovered at a local hospital by his mother after he didn’t turn up at any of the morgues. The date of the crash was September, 1st 1957. Our wedding day was September 1st, 2018 – exactly 51 years after the crash. Had he not had the resilience and good fortune to survive this horrific crash, I wouldn’t have Simone in my life. To me, taking on the Wellington last name is a small gesture of respect.

It would be misleading for me to pretend that becoming a Wellington was simply a selfless act of respect for Simone’s dad. As the title suggests, I am a Black man. A Black man with an ethnic last name. Research has shown that job candidates with ethnic names are less likely to secure interviews than those with more “Anglo” sounding names. Wellington is ethnically ambiguous. There are Wellingtons from Jamaica, Australia, The UK. You can look at the name Mesidor on a job application, do a google search, and reasonably assume the candidate is Black. You can’t do that with Wellington. I wanted my children to have this advantage that I was never afforded. My hope is that by the time Simone and I have children, we are living in a world where people are judged by the content of their character and not their race/ethnicity. Maybe we will, but I didn’t want to take any chances.

I want my children to have access to all of the opportunities, and if Wellington will open more doors for them than Mesidor does, so be it.

When people ask why I took my wife’s last name, the short answer is always Legacy. I want to honor my father-in-law who survived a near-death experience and gave me the greatest gift of my lifetime. I plan to build a life of wealth and achievement for myself and my wife and pass it down to my children. I’ve accomplished a lot as Sean Mesidor, but Sean Michael Wellington opens up a new chapter that in many ways represent a rebirth. The Wellington last name represents me walking into my purpose and potential.

Reflecting on this decision, the consistent response from men and women alike is surprise. Women, for the most part, are pleasantly surprised at what they define as a progressive gesture. This characterization isn’t completely wrong. My wife and I purposely opted-out of many of the patriarchal traditions for our wedding ceremony. We had no bouquet toss, no garter toss, and a no R-Kelly rule for the DJ. We reject many of the antiquated social norms but I don’t want to water down the decision by categorizing it as some non-intersectional feminist platitude. Taking my wife’s last name was as a practical decision as much as an egalitarian one.

The surprise from men is usually in response to my willingness to give up my last name. Many claim they couldn’t or wouldn’t do it. I’ll admit it’s not for everyone. Not all last names are as awesome as Wellington and not all men’s masculinity could survive such a drastic disruption of social norms. My choice isn’t for everyone. But at the end of the day, I committed to spending the rest of my life with Simone, and her family welcomed me into the fold with open arms. I am obligated to contribute to the legacy and live up to the Wellington name. MESIDOR will definitely be a part of my story as I use it as a pseudonym for directing music videos and other creative ventures. But my father has other children who can continue the Mesidor family name. The future of the Wellington name rests solely on me and my wife’s shoulders for now. And it’s a responsibility I welcome with open arms.