Every year, on December 26 and January 1, while Christians mark Boxing day and New Year’s day, many people of African origin in the Bahamas come together to remember their history through music, dance and costume in what is known as the Junkanoo festival.

Ever since it started, the festival has caught the attention of many tourists due to the traditional music and elaborate costumes. For the people of the Bahamas and other Caribbean and American cities, the festival is not just a time for good music, food, dance, parade and merrymaking, but a time to celebrate the triumph of holding on to the cultures of their ancestors who were brought into their new homes through slavery and passing it on from generation to generation. 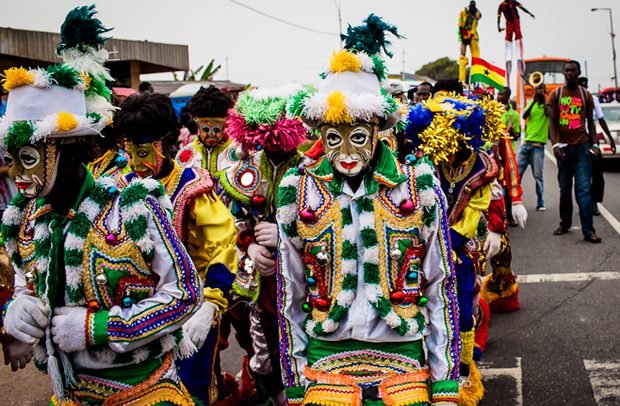 The Junkanoo festival originates from Ghana in West Africa particularly among the Ahanta, Fanti and Akan people who call it the Fancy Dress Festival. In Ghana, the Fancy Dress festival is celebrated every year during Christmas and New Year season. The festival has been likened to Halloween in recent times as it is the similar style of dressing using fancy costumes, but many cultural elements do not make it as similar to Halloween as expected.

For one, the people that dress up in these costumes were select groups of young warriors in the making or ‘followers’ of John Kenu, who the festival is celebrated in honour of. John Kenu is known to the Germans and Dutch as John Cani and to the British as John Conny.

On December 25, 1708, John Kenu defeated the Dutch who were taking control over the Ahanta land and selling its people into slavery. According to oral history, after taking control over Fort Fredericksburg and weakening the Dutch rule over his people,  he was made a ruler and he protected them by winning several battles against the Germans, Dutch and British for over 20 years. 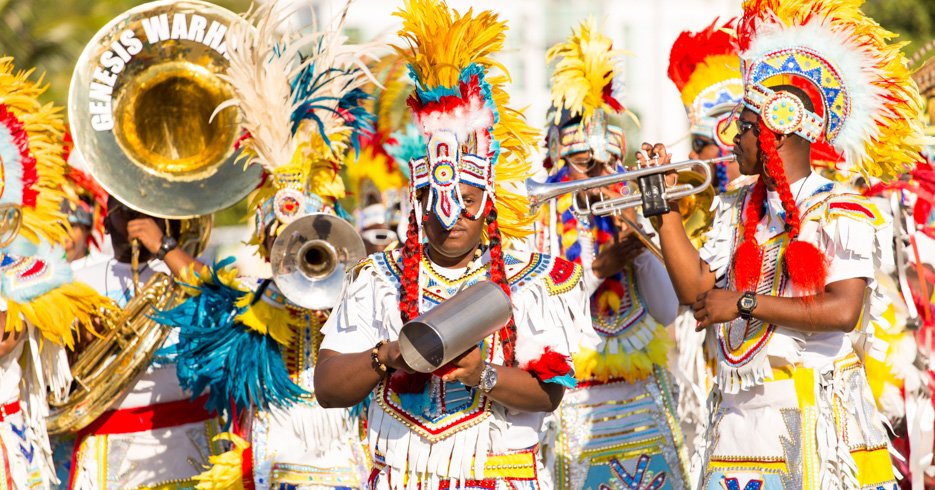 Junkanoo carnival in the Bahamas

Every year, they dressed up and paraded the streets followed by dancers and musicians mocking the westerners and mildly harassing them to depict the defeat of the Dutch, Germans and British to John Kenu, the powerful chief, warrior and merchant who was once an ally of theirs.

The masqueraders were harmless and never attacked the westerners but caused laughter and celebrations among the locals. Their hideous masks were made to depict the whites who for a long time had mocked the Black race. A few years down the line, however, the festival has allowed both young men and women from different clan houses to dress up in the fancy masks and costumes to compete for prizes which are often in monetary forms from admirers who find their costumes more attractive. The masqueraders’ masks often scared children who referred to them as “kakamotobi”. 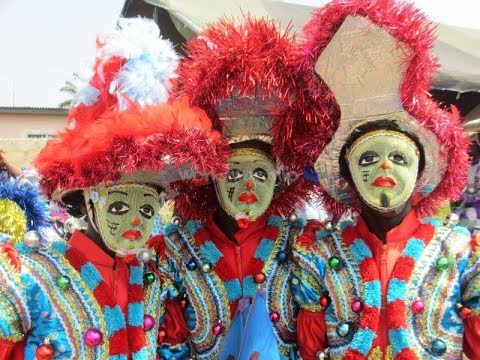 The success of John Kenu, the warrior, chief and merchant who could not be defeated spread through the whole of Ancient West Africa and finally reached the West Indies through slaves who had been captured and taken into the West Indies. Many enslaved Africans in the West Indies were from West Africa, particularly Ghana and some parts of Nigeria and are noted to have continued practising their culture despite several bans and restrictions from their masters. 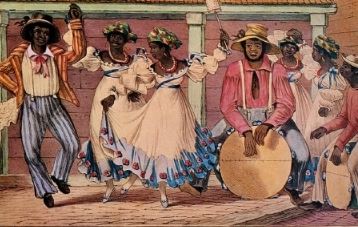 A depiction of Junkanoo carnival celebrations in ancient west indies

The festival also found its way into the USA in the late 18th century and it’s celebrated in parts of Miami and Key West where many African Americans of Caribbean origins settled.

The significance of this festival is that it demonstrates the resilience of the Africans towards Western culture and also shows how the Africans who were forced into slavery stood by their culture with pride and felt no shame displaying it. It also demonstrates that culture and pride cannot be killed or taken away from the Black race.