Soul music legend Aretha Franklin has died on Thursday at her home in Detroit after a lengthy illness. Her publicist told The Associated Press in a statement that she succumbed to her battle with pancreatic cancer surrounded by her family and friends.

“In one of the darkest moments of our lives, we are not able to find the appropriate words to express the pain in our heart. We have lost the matriarch and rock of our family,” the statement read.

Aretha Franklin’s death follows her hospitalization at a Detroit hospital last week after her illness got serious. She was later discharged and reported to be responding positively to treatment at home.

Franklin was expected to perform at two concerts in April and March this year which were later cancelled. The last time she appeared in public was at the Elton John AIDS Foundation party in New York last November and her last performance was in Philadelphia in August 2017.

Her health has been on a decline since at least 2011 but the singer has been notoriously private about her personal affairs, commenting, “I am not one to do a lot of talking about my personal health or business. Not too much, not too much. There are a lot of people who will talk about anything, as long as there is somebody listening. But I am not one of those people. That’s not Aretha.” 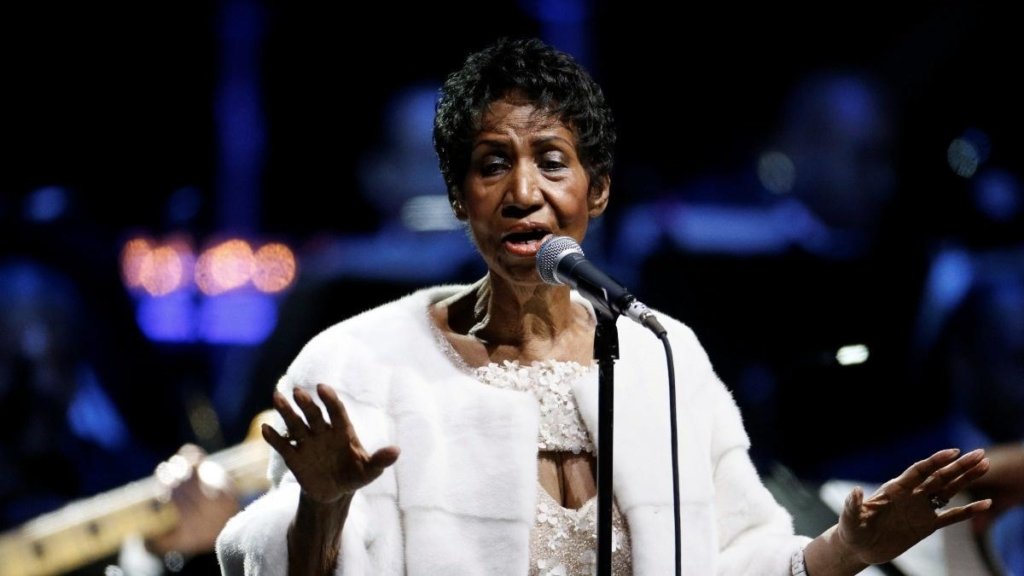 One of the most challenging things to do will be to write about the Queen of Soul music in just a few words or pages. The life and times of Aretha Louise Franklin are filled with so many milestones it will be hard to keep up whether one is writing or reading about her.

Aretha Franklin was born on March 25, 1942, in Memphis Tennesse to C.L Franklin and Barbara Siggers Franklin. Her father was a church minister and her mother a prolific pianist and gospel singer.

Through the influence of her parents and strict upbringing, Aretha’s first encounter with music and the stage was in the church where she sang and led the choir at the least opportunity. Before the death of her mother, Aretha learnt to play the piano by merely listening and watching her mother.

Her parents separated in 1948, and contrary to popular belief, Barbara Frankin stayed very close to her children until her death in 1952. Aretha attended Northern High School until she had to drop out.

At the age of 12, Aretha had her first child after she was impregnated by Donald Burk, her school sweetheart. The pregnancy was kept a secret and rumours sparked that the child belonged to her father. She had her second child two years later at 14 while she was on a gospel music tour with her father.

Noticing his daughter’s talent, her father began to manage her. In 1956, Aretha debuted her first album Song of Faith. The release of the album is noted as the start of a great musical career for the singer and mother of two. 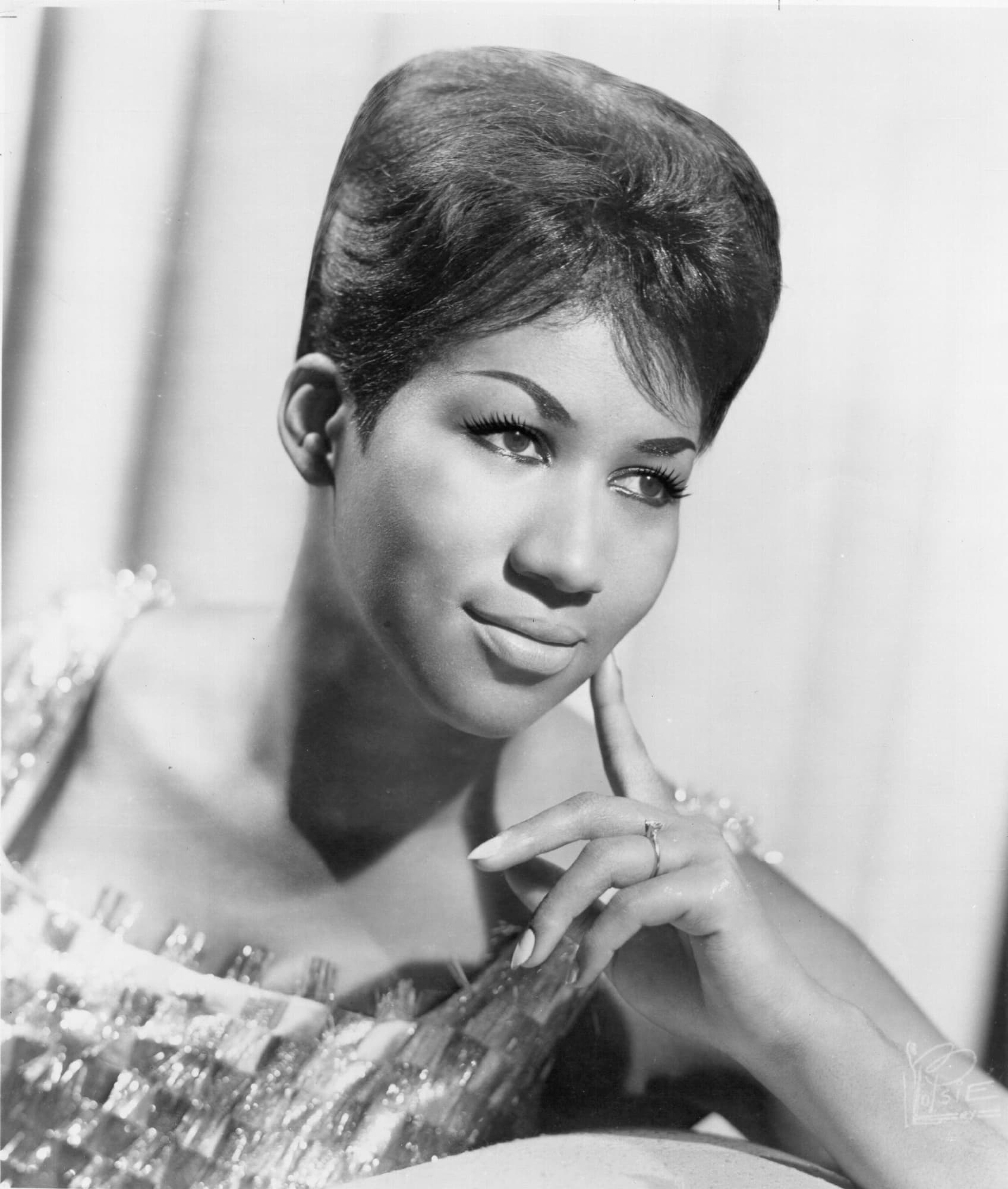 Aretha Franklin was never shy and oozed confidence; at the age of 18, she decided to quit gospel music and turn to pop music following the footsteps of her longtime crush and friend Sam Cooke. Her father supported her transition and was very instrumental in her 1960 record deal signing with Colombia records.

In September of that same year, her song ‘Today, I sing the Blues’ was released immediately topping charts. Under Colombia Records, Aretha went on to produce several hits and two more albums. By 1964, Aretha would be one of the most sorted after African-American female artists with the ability to sing in different genres such as pop and soul. 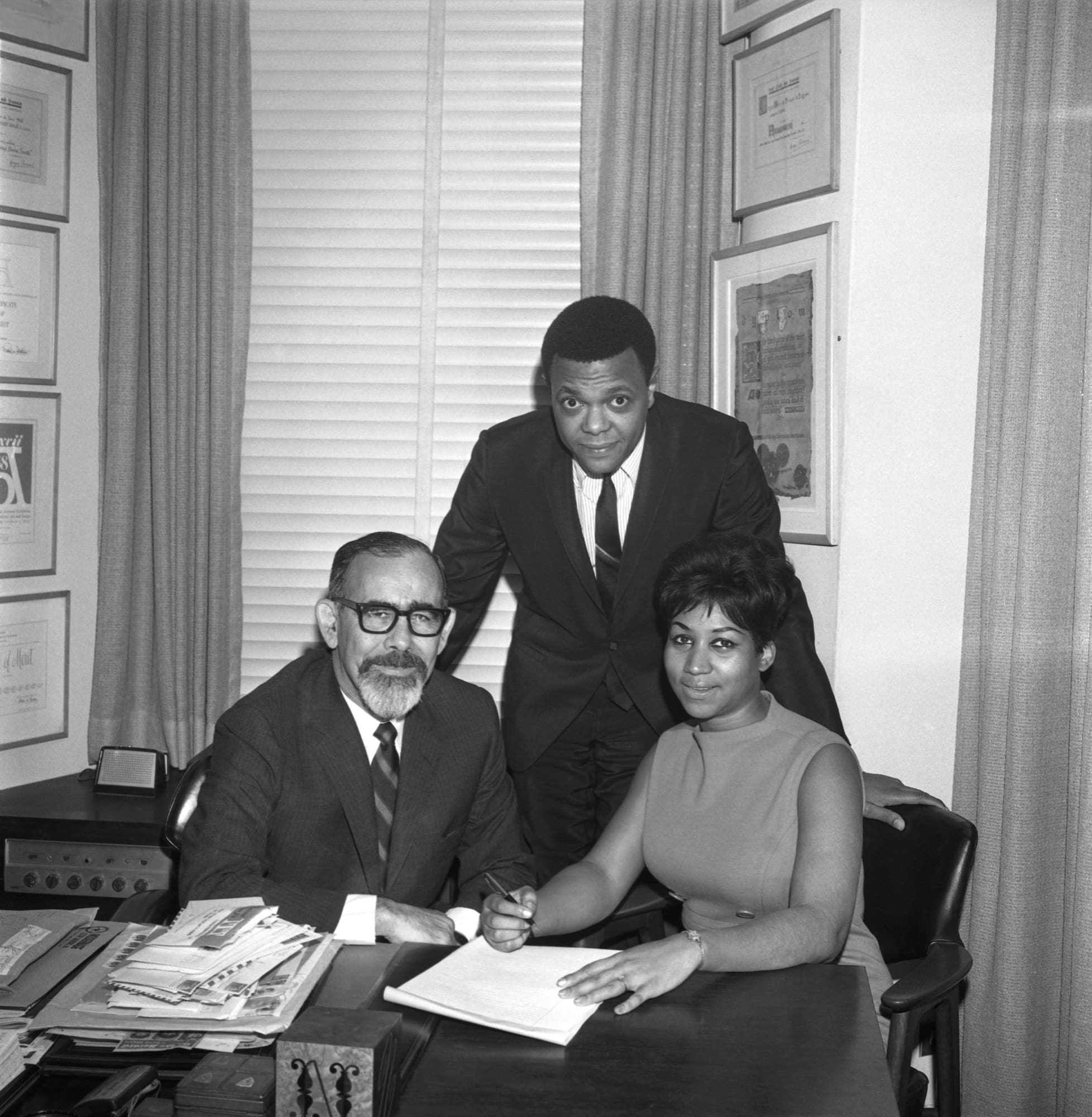 After six years, Aretha moved from Columbia records to Atlantic Records in 1966 where she concentrated on Soul music. In 1967, Aretha released her most famous song ‘Natural Woman’ which ushered her properly into the commercial scene gaining white audience attention and European recognition. She swept away her first two Grammy awards in 1968 and was awarded the Drum Beat Award for Musicians, a distinction that is very dear to Aretha till date because it was given to her by her good friend Martin Luther King just two months before he died. 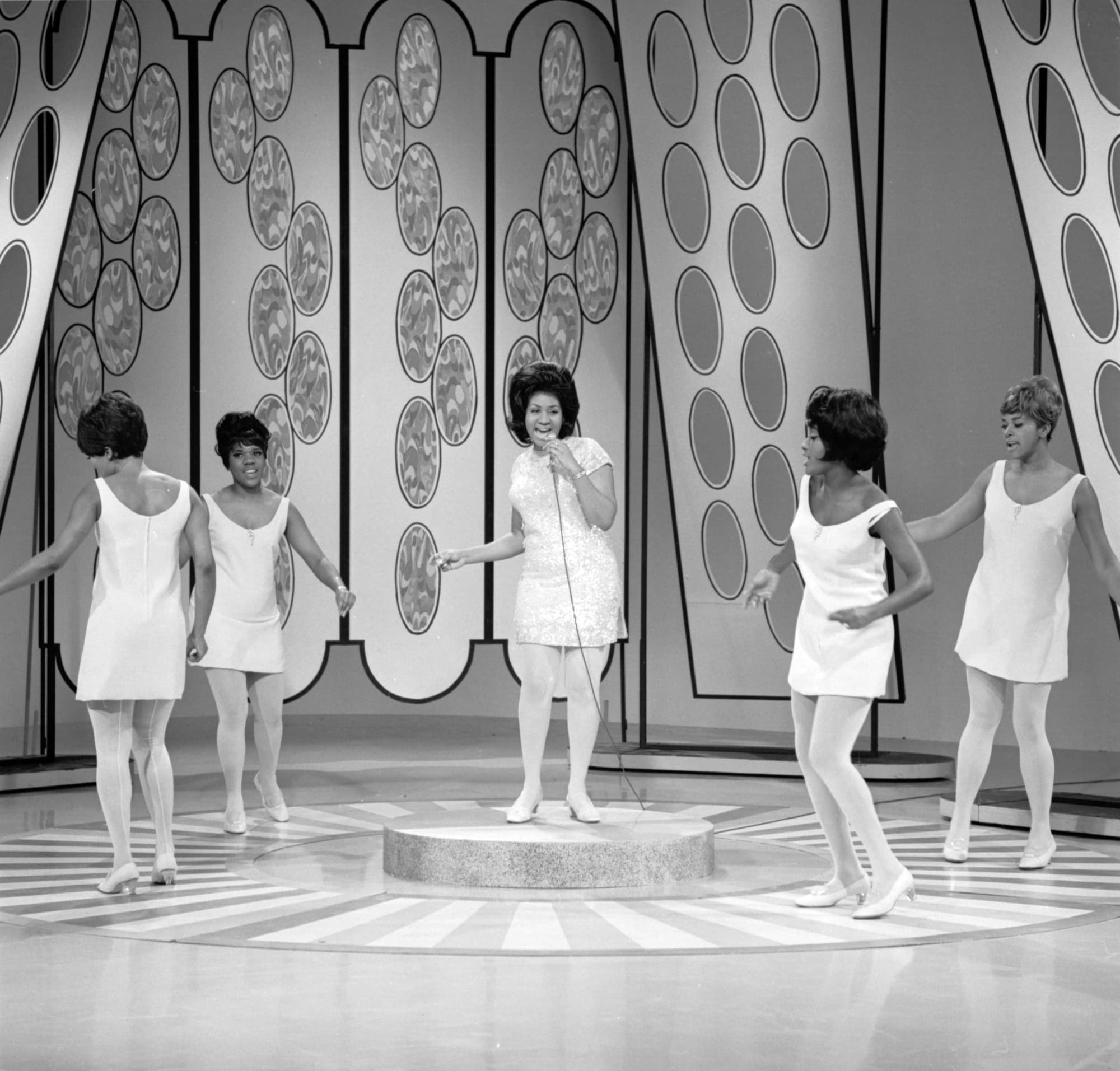 Since 1968, Aretha has enjoyed over three decades of fame and success in the music industry becoming one of the most influential music legends ever. She has multiple awards including 18 Grammy awards. As compared to many other musicians whose fame and success diminish as they grow older,  many music critiques, producers and magazines have described her as a powerhouse whose dominance heightens as the years go by.

But all has not been rosy for the music legend. Her music career declined in the 70s when funk music became the latest sensation. Music legends like Chaka Khan gave Aretha a run for her money and shared the limelight that the soul queen had enjoyed alone for several years. 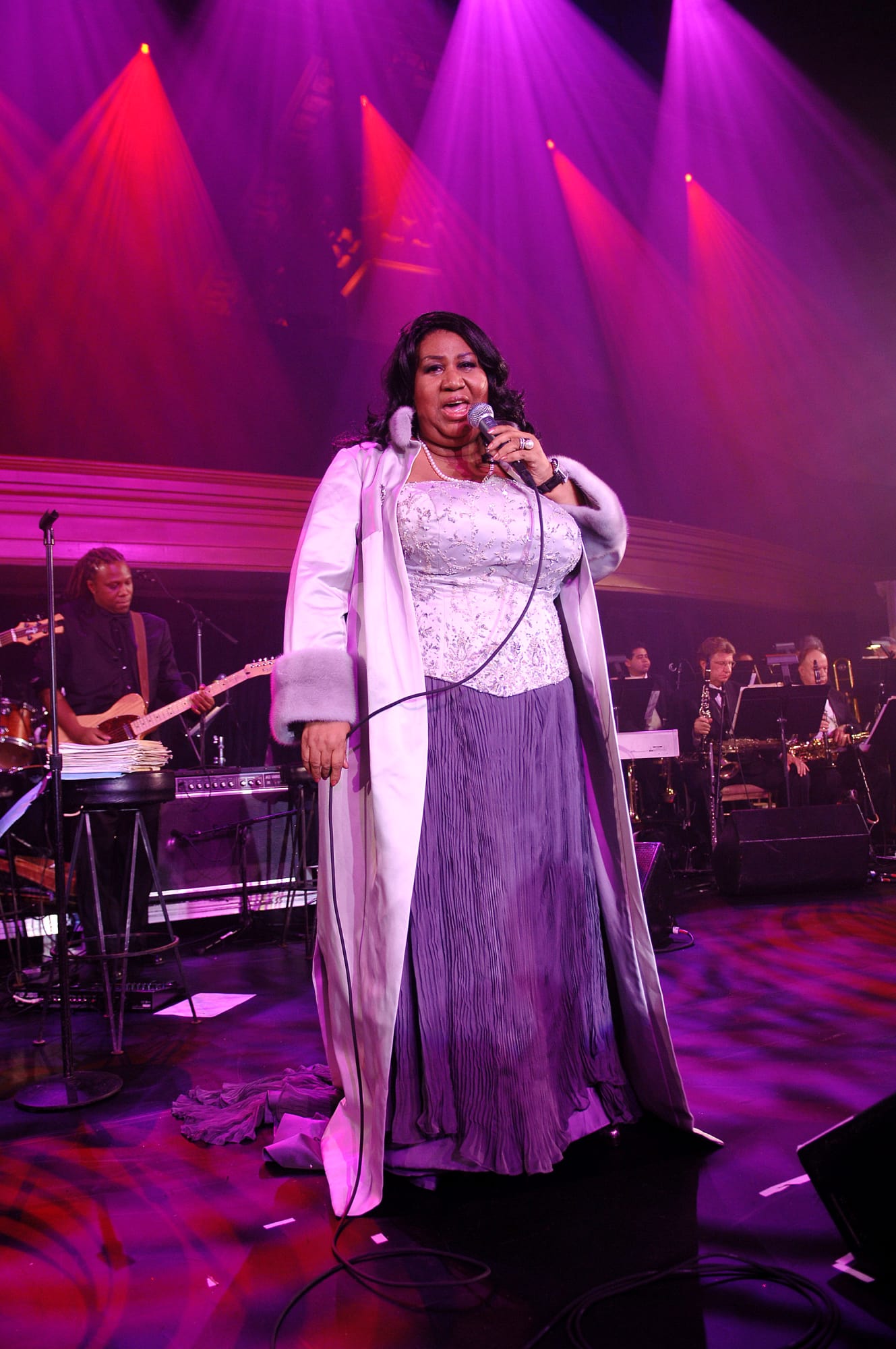 In her personal life, Aretha went against her father and married at the age of 19. The marriage was short, but Aretha suffered domestic violence until her father helped her get out of the union through a divorce in 1968.  She later married actor Glynn Russel Turman in 1978, but the marriage lasted till 1984.

The mother of four boys has also had severe weight issues and has struggled with alcoholism and smoking addictions. On several occasions, the singer has had to cancel shows and appearances due to health issues, but she has never been vocal about her health and weight issues.

Aretha Franklin has managed to grow and live in the hearts of over 5 generations across the globe. She is recognized as a global icon and performed at the 2009 inauguration of Barack Obama.

Indeed, Aretha Franklin is a force to reckon with whose life must be documented and possibly filmed for proper preservation. The legend will live on years after her lifetime.