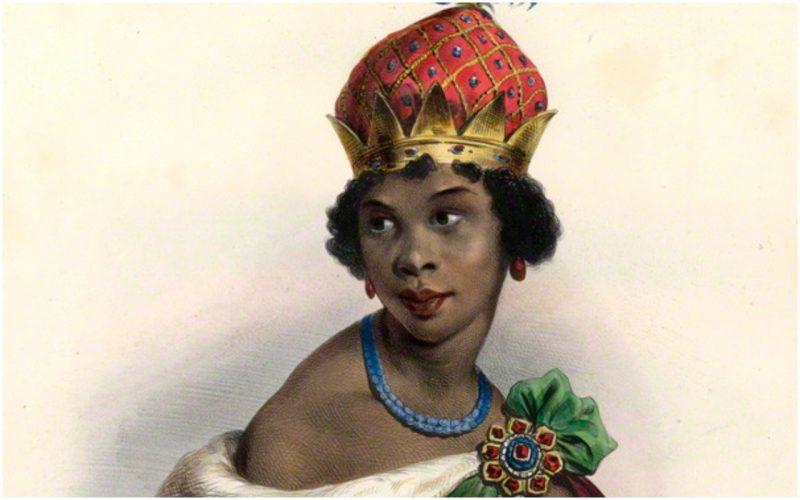 Queen Nzinga was born in 1583, just about the time the Atlantic Slave trade was booming and the Portuguese were gradually establishing control over Angola. Legend has it that at the time of her birth, Nzinga’s umbilical cord was wrapped around her neck, the reason why she was named Nzinga. A wise old woman also prophesied that she would become a great queen later in life.

Throughout her rule, the Portuguese marvelled at the power she commanded over the people and at how she was greatly respected for repelling their onslaught and actually defeated them on some occasions. For four decades she resisted Portuguese influence and protected her Kingdom.

However, with the help of a few of her people, the Portuguese were able to strike her kingdom and this led to the guerrilla war. During this war, the Portuguese succeeded in capturing the mighty queen and exiled her from Ndongo. While in exile the resilient queen still expressed her dislike for the Portuguese and their influence on her people. At a point, she was wanted dead or alive by the Portuguese but was never captured. She went ahead to capture other smaller settlements and Kingdoms until she died at the age of 81 in 1663.

To date, the queen is highly revered and celebrated in Angola and East Africa.