“They don’t want money…the robots are doing their jobs correctly.”

Those were the words of a taxi driver in Kinshasa, the capital of the Democratic Republic of Congo, who was elated about the presence of robot traffic wardens in the city that will not collect bribes, unlike their human counterparts.

Kinshasa is one of the largest cities in Africa, with a population of over 10 million. It is notorious for bad traffic, as drivers often complain of spending hours in traffic and often having issues with corrupt traffic police.

Thanks to a woman engineer from the country, Thérèse Izay-Kirongozi, the gridlocks have since reduced.

Through her Women’s Technologies (Wotech), a Congolese cooperative employing female and male engineers, the city in 2013 was blessed with her giant traffic robots. 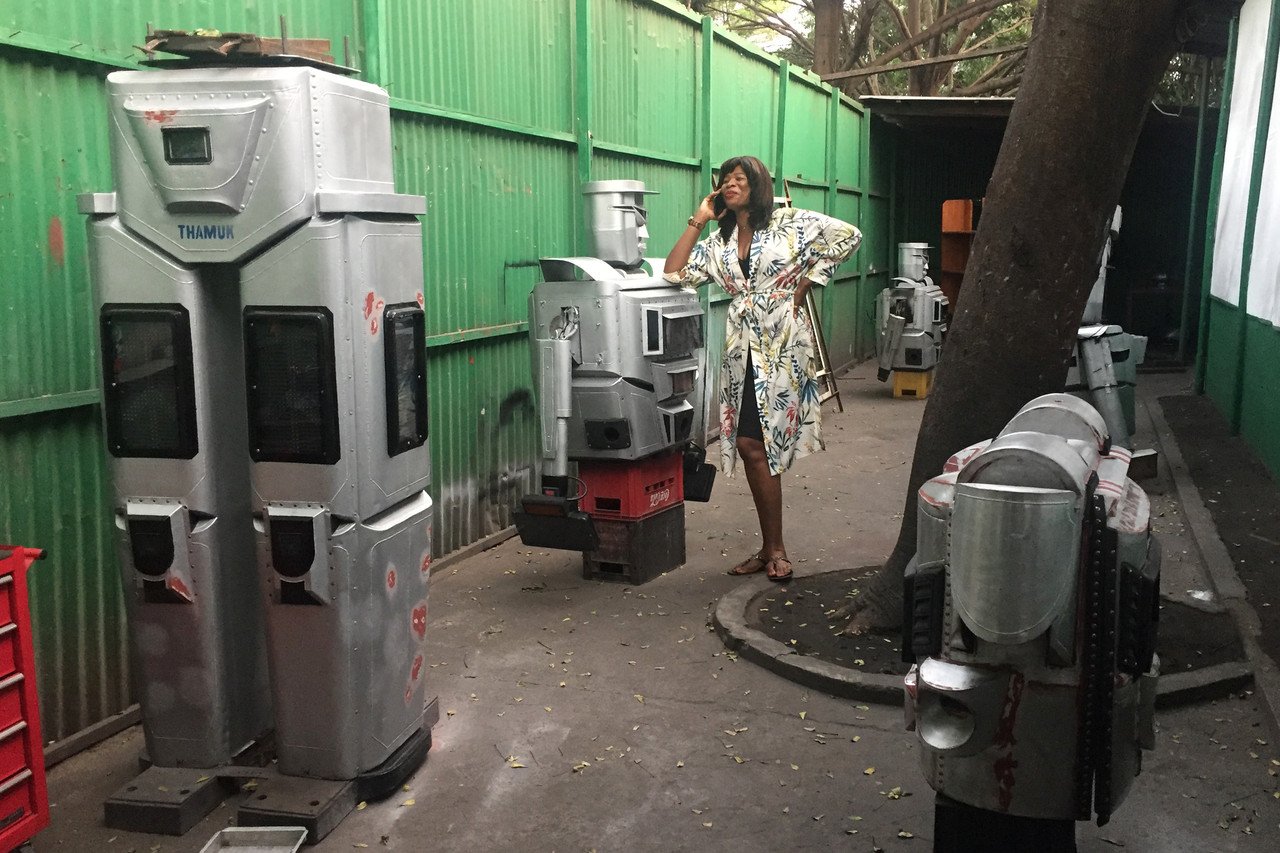 These robots have built-in cameras to report traffic offences to a central computer.

Kirongozi and her team make these eight-feet tall robots mainly from aluminium and steel.

In the city’s most gridlocked junctions, you will find these robots with their arms lifting and rotating to direct traffic and pedestrians in different directions. 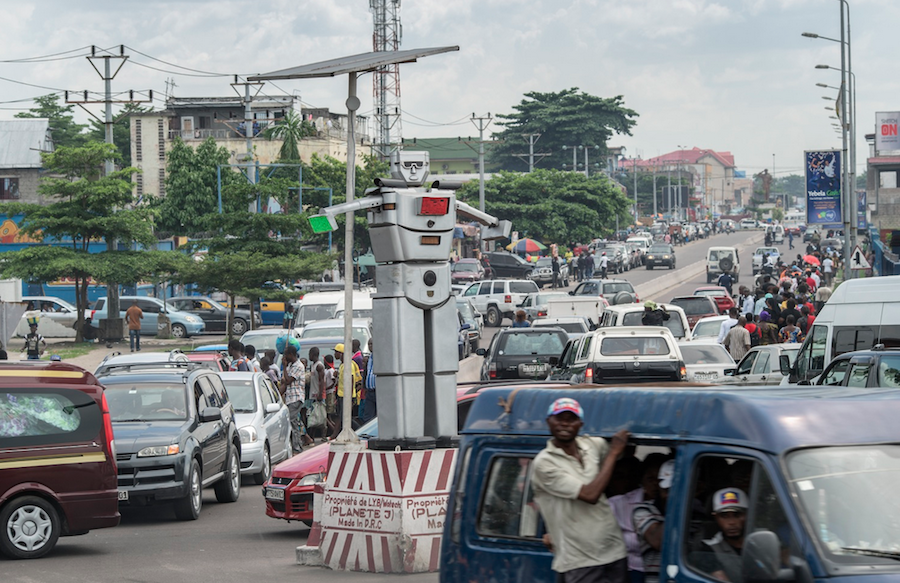 Weighing 250kg and powered by solar panels, they have surely been a helping hand to the city’s police personnel to get traffic moving smoothly.

Izay-Kirongozi said she was moved to build the traffic robots after witnessing ghastly accidents on her way to work on a number of occasions.

She believed that modernising regular traffic lights were just too simple a task.

“For us, the robots are an innovation,” she said, adding that these robots will not only be restricted to human figures: “Why not build a dog at some point?” 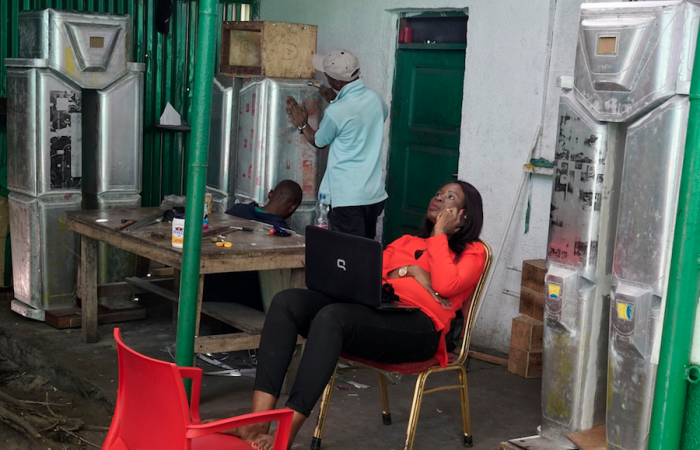 Izay-Kirongozi and her team at the lab — Design Indaba

When they run down due to hit-and-run accidents, Izay-Kirongozi, alongside her team, attends to them at the lab with her own resources.

The only challenge now is since the robot wardens are powered by solar panels, on cloudy days, the panels are not able to function properly as they don’t produce enough energy.

The robots cannot also work at night, and these are some of the problems Izay-Kirongozi and her team are working to solve.

She is, however, optimistic that her invention will urge other young Congolese to venture into entrepreneurship and new technologies to bring up the human capital and growth needed in the economy.

Watch below one of the robots directing traffic: