That insecurity is a problem in Kenya is nothing new. However, what is new is when the victim transforms into a vigilante to right a societal wrong.

This is the theme in Kenya’s new interactive web series Tuko Macho, which has been nominated for an award at the 2016 Toronto International Film Festival (TIFF) being held on September 8th through the 18th in Toronto, Canada.

“#TUKOMACHO #TIFF16 Congratulations to our amazing cast, crew and many thanks to all our friends & supporters!” @thisisthenest.

The webseries is currently in its eighth episode and can be viewed here.

Tuko Macho is Swahili for “we are watching”. In the series, the term refers to the name of a gang which selects criminals that they have been monitoring for their ill-doing. The crimes vary from car-jacking to extortion and fraud.

Led by gang leader Biko, the organization then subjects the criminals to a trial where fictional online viewers act as the jury who come to a verdict by either voting guilty or not. The jury does this by either voting through Facebook or Twitter. A guilty vote leads to death.

According to the director of Tuko Macho, Jim Chuchu, the series uses fiction to restore the injustice that Kenyans have to face despite the existence of a legal system.

“You get the idea that court, and police, and jail is some kind of performance and it only plays out on people of a certain social status ‒ if you’re rich enough, if you’re powerful enough all these rules don’t apply to you,” he says in an interview on BBC.

The right to freedom and security in Kenya is a constitutional provision found in Article 28 of the Bill of Rights. Furthermore, security is cited as a necessity by the country’s main blueprint policy document, Vision 2030. The document explains how Kenya will be able to attain social-economic transformation required to transition the country into a middle-income and industrialised society 14 years later from now. 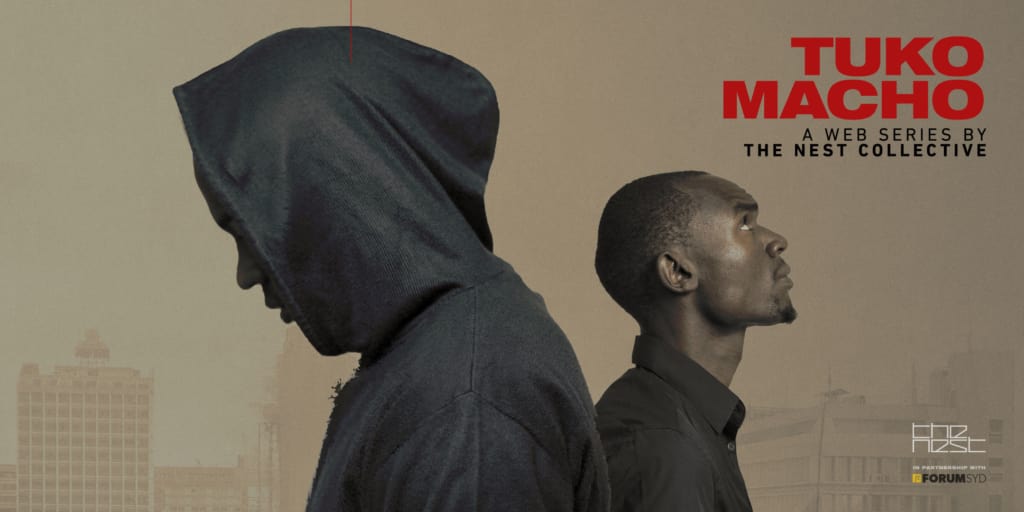 However, insecurity is a vice that just will not go away in Kenya. According to a 2014 report by the Kenya Institute for Public Policy Research and Analysis (KIPPRA), the government and Kenyans have been unable to curb insecurity brought about terrorist attacks by the Al Shabaab militia group since 1998.

Other sources of insecurity come from the Kenyan state itself. According to the 2015 East African Report: The Nature and Drivers of Insecurity in Kenya, politicians misuse state security, thus leading to corruption and impunity. In addition, the state resorts to harshness when responding to civilian activities such as riots and protests in certain parts of the country. Examples include the Garissa Gubai and Wagalla Massacres.

“This has led to human rights abuses by state security agencies, particularly the police, with significant fatalities among the civilian population,” reads the report published by the Institute for Security Studies.

The effect of such insecurity has led to a decline in Kenya’s economic growth through such sectors as tourism and foreign direct investments (FDI).

Furthermore, citizens have become demoralised and feel that the only way to dodge the insecurity vice is to take the law into their own hands. This sense of vigilantism is what has been aptly captured in “Tuko Macho.”