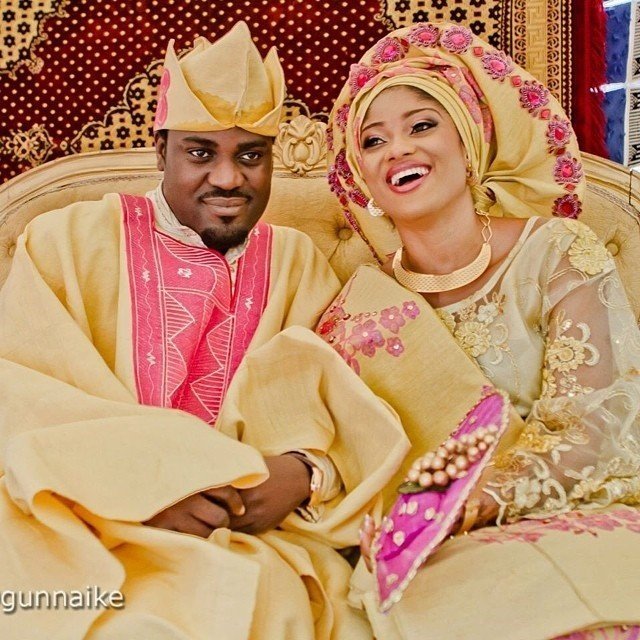 The traditional marriage of the Yorubas from Western Nigeria is carried out by the Alaga ijoko, a traditional master of ceremony, who is always a woman.

During the ceremony, the groom and his friends bow to the bride’s family to request their daughter’s hand in marriage.

A young woman from the groom’s family sometimes reads a letter asking for the bride’s hand. The bride’s family responds with their own letter. Items listed for the ceremony are also presented. The groom is made to sit on one of two large chairs placed in front of the guests. The bride is then introduced and made to sit by the groom.

She wears gele, a headscarf; buba, a blouse; and iro, a wrapper tied around her waist.

She adds accessories like gold earrings and necklace, beads and bangles. The groom puts on an agbada, a traditional four-piece suit and fila, a Yoruba traditional cap. The colour of the woman’s attire must complement the colour theme for the wedding and reflect the man’s outfit as well.