Jim Yong Kim, physician and President of Darmouth college, was named the new head of the World Bank. His selection extends the U.S. hold on the top job at the 187-nation development agency. He will succeed Robert Zoellick when his term ends on June 30. 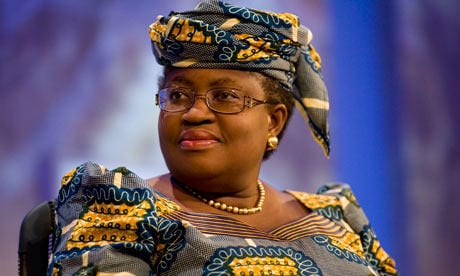 African nations had their hopes dashed with the selection of Yong Kim to head the World Bank, as the organization side-stepped the chance to put an African woman with 20 years financial experience into the top job. She was the managing director of the World Bank in 2007 and has had a formidable track record as an economist. Despite such credentials, even for Okonjo-Iweala, the decision did not come as a surprise. She stated before the announcement, “You know this thing is not really being decided on merit.”

This was the first time in the World Bank’s history that a US candidate has faced a serious challenge. Many hoped the nomination of a candidate that was not backed by the US and came from an emerging market would ring in a new era for the international organization. As a result, the choice of Yong Kim has caused a great amount of criticism.

Before the announcement, South African finance minister Pravin Gordhan said there was a need to "look beyond the verbiage of democracy and the claims to democratic process, and ask whether in substantive terms the institution has met the democratic test."

The World Bank is a unique partnership to reduce poverty and support development. It is comprised of two institutions managed by 187 member countries: the International Bank for Reconstruction and Development (IBRD) and the International Development Association (IDA). The IBRD aims to reduce poverty in middle-income and credit worthy poorer countries, while IDA focuses exclusively on the world’s poorest countries.

The voting power for the World Bank is weighted. This means that the impact of nation’s vote is dependent on how much money is invested into the organization. For example, the United States has the greatest amount of voting power with 15.85%. However, in 2010 voting power was revised to allow developing countries to have an increased voice through the “Pool Model.” Now, voting power is based on economic size as well.

Though the possibility of having a non-American as the head of the World Bank was promising, for many, the appointment of an American for the position was inevitable.

Professor Simon Evenett, a former World Bank official who works at the University of St Gallen in Switzerland, said, "There was never really a contest. Some developing countries probably figured this out and put up a strong candidate to embarrass the west, hoping that this will lead to a more open process in the future. Don't bet on that. The west won't give up its hold over these institutions until they need something from the emerging markets."