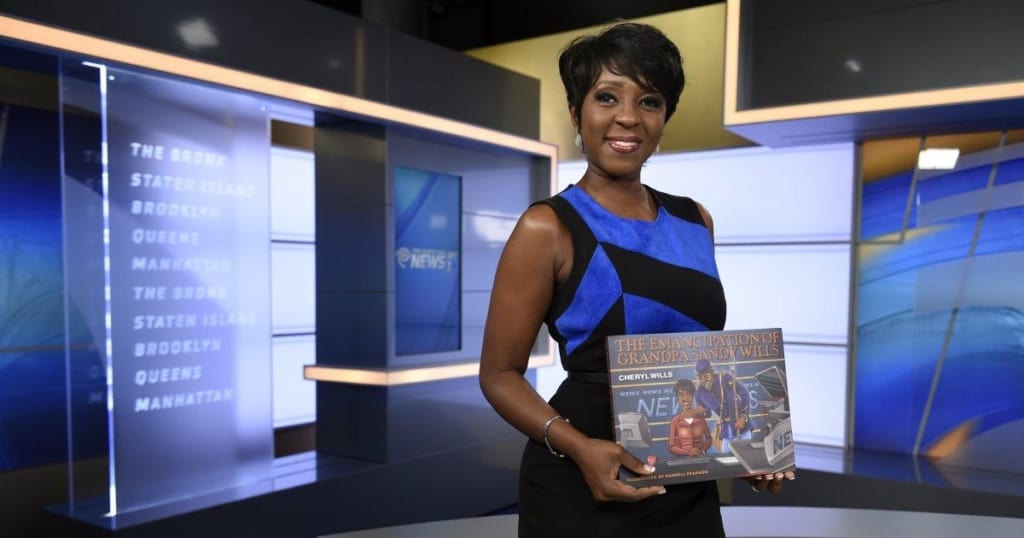 Cheryl Wills is a veteran anchor for Spectrum News NY1 – she joined the broadcasting company during its launch in 1992 and this year she is celebrating her 25th anniversary with the television network. The award-winning journalist is the author of “Die Free: A Heroic Family Tale.” The acclaimed biography is about her great-great-great grandfather Sandy Wills’ extraordinary transformation from a Tennessee slave into a courageous Civil War Soldier, who honorably served with the United States Colored Troops from 1863-1865.

Cheryl has interviewed some of the most powerful people in the world including The First Woman President of Africa: Ellen Johnson Sirleaf. She also scored an exclusive interview with United Nations Secretary General Ban Ki-Moon. Her favorite interview was going one-on-one with the late great writer and activist Maya Angelou.

She has received The YMCA National Black Achievers in Industry Award, The Carl T. Rowan Leadership in Media Award and, in 2010, McDonald’s honored her as a broadcasting legend. In 2015 McDonald’s again honored her with the first ever, Harold Dow Lifetime Achievement Award, in recognition of extraordinary and unparalleled contributions to broadcast media.

Cheryl Wills was the first journalist invited to speak before the General Assembly of The United Nations in March of 2011, about the impact of slavery on her family during the UN’s International Remembrance of Victims of the Transatlantic Slave Trade.
Cheryl takes great pride in being the Founder and Commander of The New York State Chapter of the Sons & Daughters of the United States Colored Troops, a national organization based in Washington D.C. She enjoys teaching students about the contributions of the 200,000 black soldiers who fought valiantly during The Civil War.

Cheryl will be moderating the Business and Tech Panel.

To register for the forum or the Pan-African Weekend, visit www.panafricanweekend.com.