Georgiana Ellen “Nellie” Robinson was a second child born on 7 December 1880, into George and Margaret Robinson’s family of eight, in St John’s, Antigua and Barbuda.

Miss Robinson broke down color and class barriers when she opened her own school for children of all races, classes, and faiths in a country where British colonialism had imposed class and race inequalities upon people of non-white backgrounds. 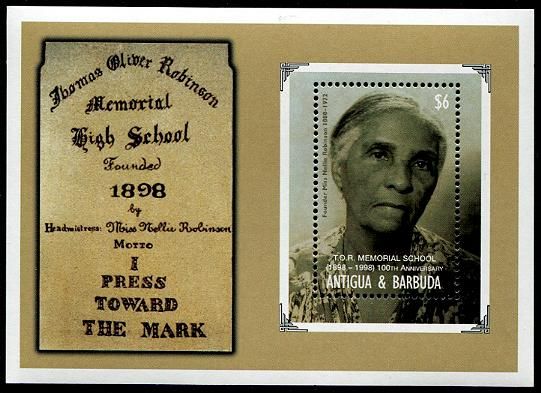 She spent most of her childhood in the United States where she received education and later worked as a house help and nanny. Upon her return to Antigua, she furthered her education at Coke Memorial College and later studied for her Senior Cambridge examination.

Having witnessed discrimination and exclusion of people of color in the U.S. and in her own country, she thought she had to do something to empower fellow black people. Just four years after her return, Miss Robinson opened Thomas Oliver Robinson (TOR) Memorial School in April 1898 when she was 18, and named it in honor of her late older brother who had also suggested earlier that she opens a school.

Mother Rob, as she was called by her students, opened the doors to her school to anyone desiring to improve their education and life, irrespective of their backgrounds. She successfully operated it under a nondiscriminatory policy, pioneering admission for children of unwed parents who at the time were officially barred from secondary school. Her school set an example that would later be followed by other schools until equal access to education for all children was achieved.

Although many blacks could not afford a fee-paying school at the time due to the fact that it had only been less than 40 years since slavery was abolished, her school developed scholarships that were meant for poor black children. This was an opportunity for many young blacks who were denied entry to the all-male Antigua Grammar School (AGS) based on their poverty and ‘undeserving’ status.

Due to her good work, some of her critics attacked her with claims that she and other staff were unqualified and that the school operated in surroundings considered less than acceptable. However, such hateful stunts neither stopped nor slowed her cause; she continued the struggle to realize her dream to afford local disadvantaged children an opportunity to have secondary education while encouraging them in both intellectual and artistic pursuits.

Over the years, the school became so widely recognized that children came from the Islands of St. Croix, Montserrat, Panama, Tortola and St. Kitts and many other islands.

Miss Robinson’s reputation was known all over, and the Antiguan society found her abilities useful in other important areas. She joined the Water Preservation Committee in 1912 and played an important role in the early efforts to expand pipe-borne water in the country.

During World War I, she became the only black woman on the Mobilization Committee, rallying the local men to join the war effort, and lobbied for better living conditions for those men shipped overseas.

Nellie Robinson served as headmistress of TOR Memorial School for over sixty years until 1950. After two decades since her retirement, she died on 29 April 1972 in St. John’s.  She was posthumously named a Dame Companion of the Order of the National Heroes at the celebrations for Antigua’s twenty-fifth independence anniversary in 2006. 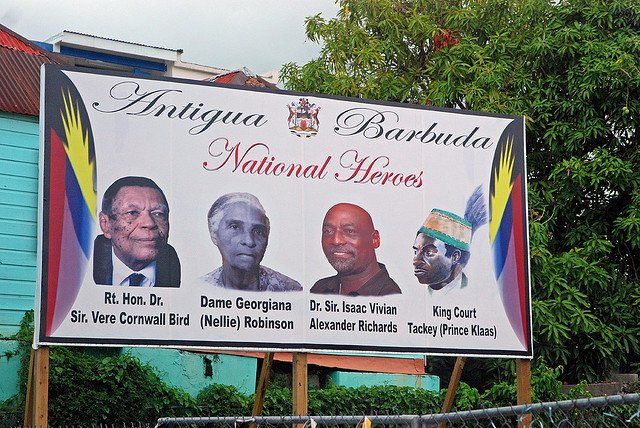