Ghanaians are outraged by the corruption exposed by controversial undercover journalist Anas Aremeyaw Anas who exposed 77 Ghanaian referees and 14 officials of the football association including its president Kwesi Nyantakyi for engaging in corrupt acts.

The documentary, titled #Number12, was screened on Wednesday in Accra and watched by thousands of Ghanaians for free. Dozens of referees were caught on camera taking bribes to fix local league matches.

Top officials of the various football associations were also caught in the act and took monies as low as $200 to influence matches and allow unqualified players to get a call-up to the national team Black Stars.

One of the officials caught on camera was the Greater Accra Regional Football Association Chairman, Eddie Doku, who received a bribe to influence the selection of a footballer Patrick Razak into the reserve squad of the national team, Black Stars.

#Number12: How GFA’s Eddie Doku took a bribe to influence playing time for a player in Black Stars B pic.twitter.com/qrUUaVgC9K

The biggest target was the second biggest official in African football and the president of the Ghana Football Association (GFA), Kwesi Nyantakyi.

Nyantakyi was approached by Anas’s team for a sponsorship deal in the Ghana football league. He promised to offer the deal and make the fictitious company rich in Ghana by creating a company to serve as an agency for the deal that will take a percentage of the funds to share amongst them.

He further offered to secure government contracts to build roads if they can give Ghana’s president Nana Akufo Addo and government officials a total of $12 million. Nyantakyi also charged $1 million for himself and an accomplice and a further $2 million for “processing” of the deal.

He happily received the $65,000 for shopping after the meeting with the so-called Emirati investor in a hotel room in Dubai. 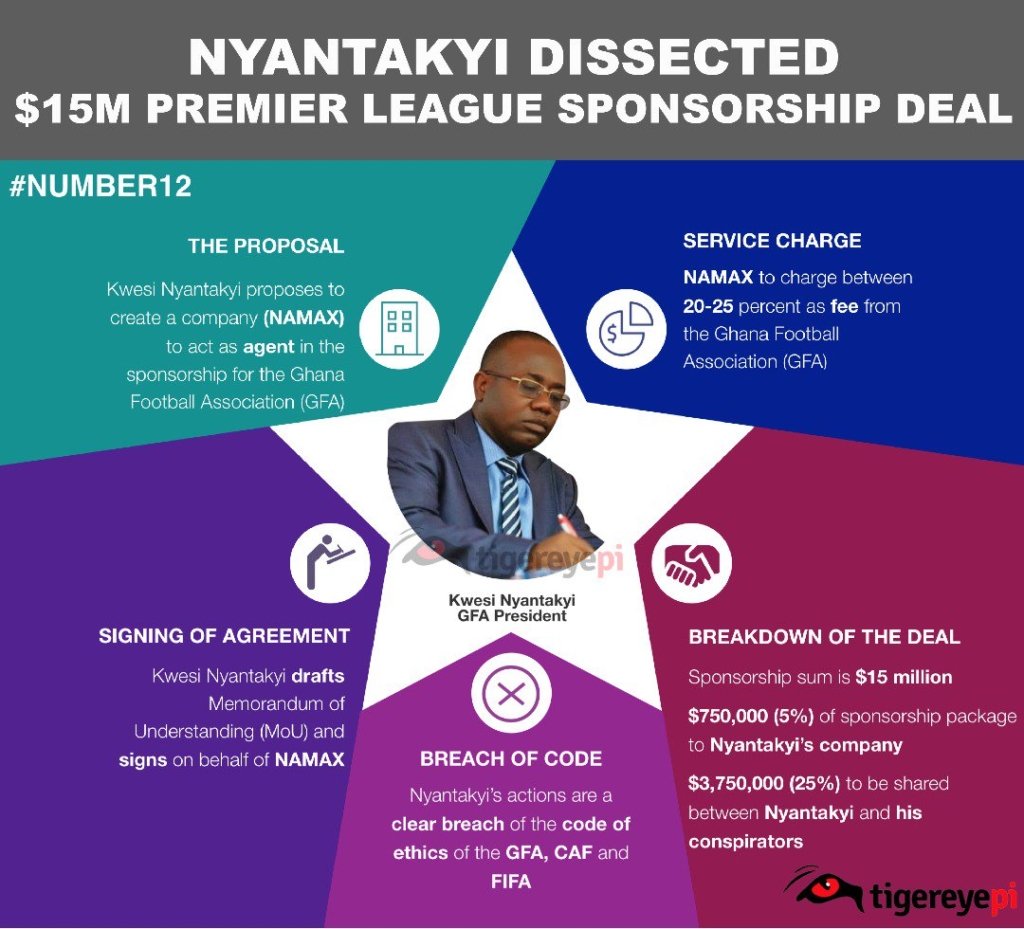 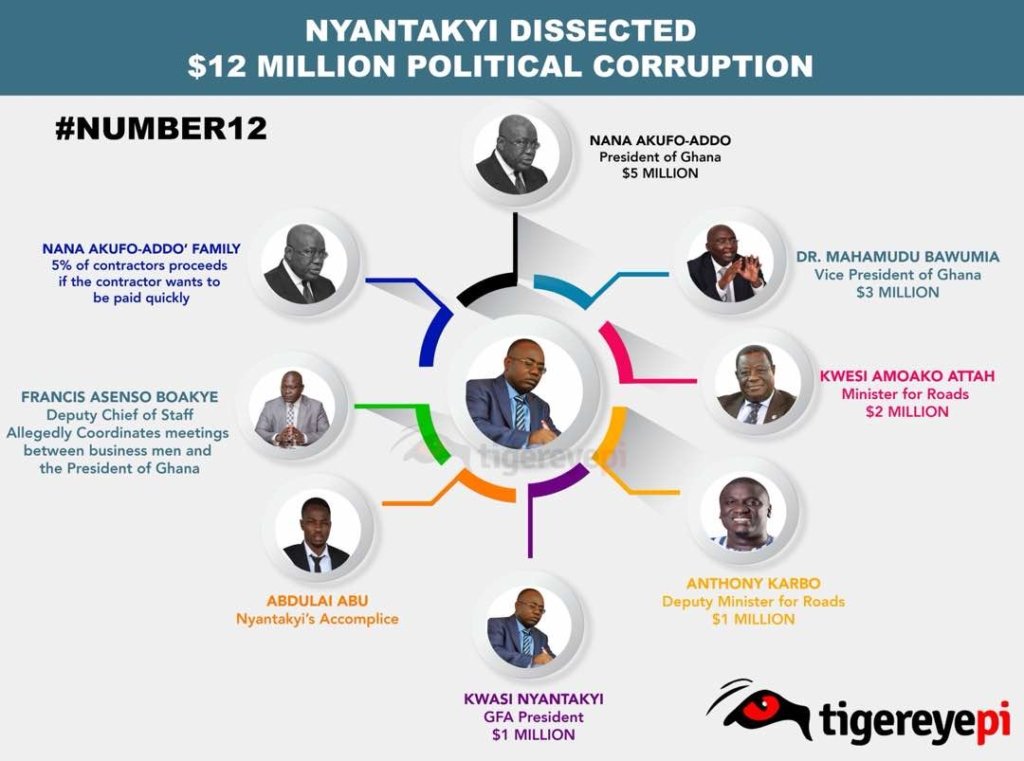 Nyantakyi, who is under investigation following orders by President Akufo-Addo, is reported to have said that his conversation with Anas’s agents had been edited and he challenged Anas to play the unedited full conversation if he was not up to any mischief.

The officials caught in the act are still holding on to their positions and the Ghanaian public is outraged. Here are some social media reactions:

VIDEO: People are angry paa! ???? Here’s what the general public had to say after watching the shameful investigative exposé by Anas on Kwesi Nyantakyi and the GFA. #Number12 #SayNoToCorruption #PulseGhana pic.twitter.com/Q41PJSOxz6

Anas showed us videos of what we already know (referees taking bribes)…..But can Nyantakyi be jailed????

The president @NAkufoAddo has a lot of questions to answer. The special prosecutor; Martin Amidu should start his work from the presidency. #Number12 #CitiCBS

The president of the Ghana Football Association was providing a masterclass in how to shortchange his own association by 25% of $15m.

He was prepared to that through an agency.

First time in Ghana, movie ticket has been sold out but movie characters are not happy ..
NYANTAKYI ?????? #Number12

GHANA: Why is Kwesi Nyantakyi still head of Ghana Football? Why? Why has he not resigned? Don’t we have any shame?

You are here insulting KWESI NYANTAKYI but we all know COMPUTER PLACEMENT didn’t give u school.
????