Thousands of Ghanaians queued at media houses on Wednesday in anticipation of getting tickets to watch the latest work of masked investigative journalist Anas Aremeyaw Anas who has gathered audio-visual evidence of corruption within the Ghana Football Association (GFA).

The documentary titled #Number12, promises to expose 77 Ghanaian referees and 14 officials of the football association including its president Kwesi Nyantakyi for engaging in corrupt acts.

Billboards of the free screening have been mounted across the country and tickets have been placed at vantage points in the country to grant the general public the opportunity to watch what has been described as one of Anas’ biggest busts.

Private viewing of the explosive documentary at the Jubilee House forced Ghana’s president Nana Akufo Addo to order the police to open an investigation into the allegations of corruption against Nyantakyi.

Snippets of the documentary showed the GFA president in a United Arab Emirates hotel room telling agents of Anas’ private investigation agency, Tiger Eye PI, who were disguised as potential investors, that they can get contracts in the country if they bribe their way through Ghana’s president, vice president and government officials.

“You can start with something small in your own discretion, then, when you get the contract, big, big contracts, we can go back and give them more money, then we take over the whole country,” he said in the 23 seconds video posted on Facebook by Anas.

Other snippets of the documentary show the football association officials including the Greater Accra Regional Football Association Chairman Eddie Doku receiving a bribe on camera to influence the selection of a footballer Patrick Razak into the reserve squad of the national team Black Stars.

#Number12: How GFA’s Eddie Doku took a bribe to influence playing time for a player in Black Stars B pic.twitter.com/qrUUaVgC9K

Anas Aremeyaw Anas has received condemnation from a cross-section of the public led by lawmaker Kennedy Agyapong who accused him of being corrupt himself and using foul means to get evidence of corrupt practices.

He also vowed to release some secret audio and video recordings in his possession that will allegedly indict the investigative journalist as corrupt. Anas described the threats as distractions to stop him from premiering the documentary.

“It is for the sake of more sanity and transparency that I have decided to scrape clean this tainted football system for a fresh start,” Anas explained in a Facebook post.

“The very foundation of Ghana football will collapse in a heap, to be rebuilt by the concerned sports journalists and the honest football people who will remain standing. Hold your breath for the explosive exposé in the coming days,” he added.

The expectation is felt internationally as BBC has also announced that it will air the inside story about Anas’ explosive investigation into football in Africa.

An earthquake is coming. #BBCAfricaEye is about to bring you the inside story about @anasglobal‘s explosive investigation into football. Will the game in Africa ever be the same again? #number12 #WorldCup pic.twitter.com/Z2d7taQt65

The biggest casualty – GFA president Kwesi Nyantakyi – has withheld any statements until the documentary is screened. He is however reported to have said that his conversation with Anas’ agents had been edited and he challenged Anas to play the unedited full conversation if he was not up to any mischief.

Meanwhile, excerpts of his statement to the police were leaked to Ghanaian media, myjoyonline.com, on Tuesday in which he claimed the disguised agents told him they financed the 2016 election campaign of former president John Mahama with $8 million. 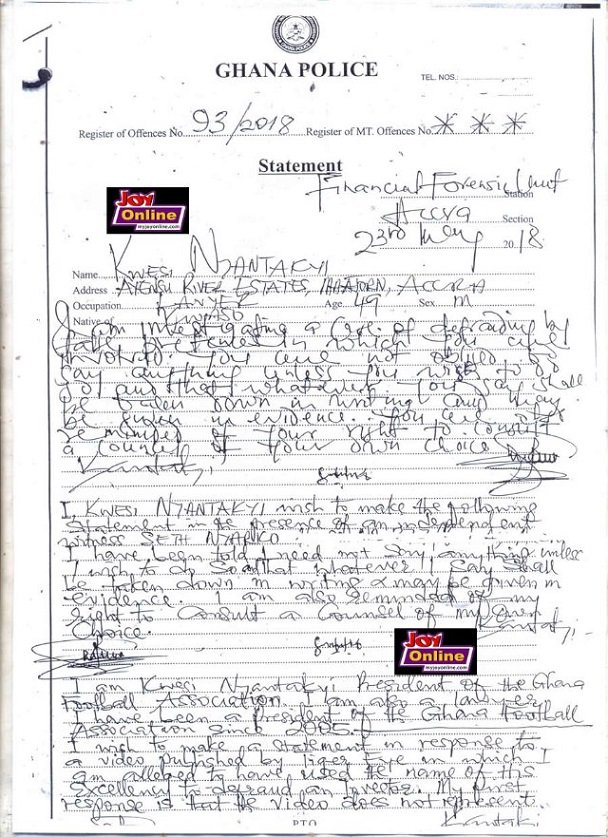 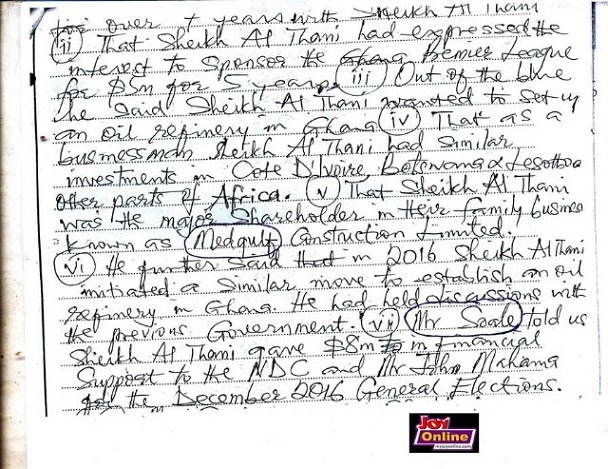 The documentary will be screened on Wednesday in the capital Accra and then subsequent screenings in Kumasi, Tamale and Takoradi.

Anas Aremeyaw Anas started undercover journalism in 1998 and has produced dozens of notable investigative works including Nigeria’s Baby Farmers, Ghana judiciary scandal, Nigeria’s Fake Doctors, Ghana Sex Mafia, The Messiah of Mentukwa, How To Rob Africa, Deadly Gold and Dons Of The Forest among many others.