Peter Tosh was genuinely revolutionary in his thoughts and ambitions for his music and he really did want to change the world with his lyrics. Although he was thought by many to be a complicated individual due to his no-nonsense, militant personality, one certain fact is that he was a man of many talents, a revolutionary and a freedom fighter who always spoke his mind.

Tosh fought for equal rights and justice and never stuttered to tell the truth no matter who the message was directed to; he was fiercely outspoken and brutally honest. His songs ranged from the cry of legalizing marijuana, pleas for black people to realize their roots as well as social and racial equality.

He was born Winston Hubert McIntosh in Westmoreland, Jamaica, in 1944. He later gave himself the moniker Peter Tosh and in 1976 he adopted his Ethiopian name, Wolde Samayat.

Tosh met Robert Nesta Marley and Neville “Bunny Wailer” Livingston in Kingston, and formed the group Wailin’ Wailers (later The Wailers) under Joe Higgs’ guidance. Tosh being the only one with skills to play musical instruments besides Higgs, taught Bunny and Marley to play guitar. He had learned the guitar for one day by just watching a man play. Tosh and Bunny left the group in 1973 due to unfair treatment they received from Chris Blackwell, then president of Island Records. 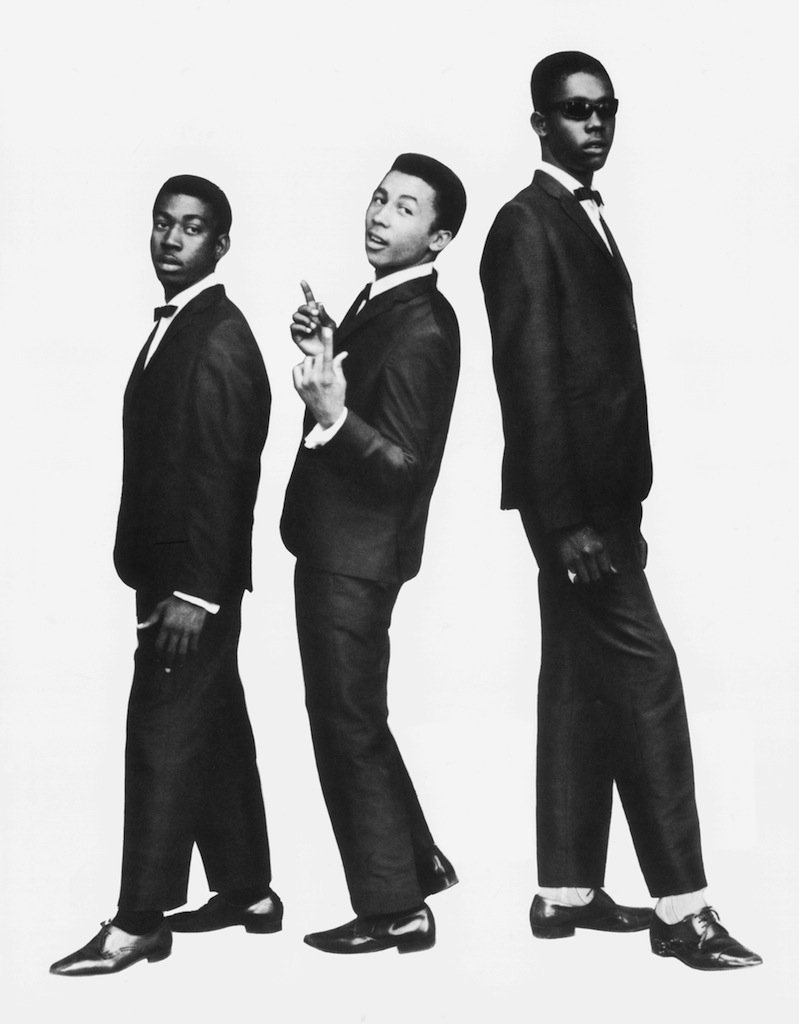 Subsequent to Wailers’ disintegration, Peter’s solo career allowed him to deliver more messages of equality and justice through his uplifting music. Armed with a guitar in the shape of a M16 rifle, he sang more about his revolutionary political views and critiques of the shitstem (his word for the system of government unfair to black people). 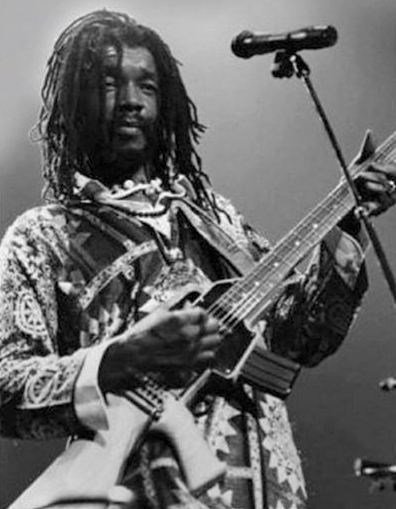 Tosh considered himself a displaced African and he dedicated himself to the political freedom of Africa and committed himself to its liberation in both words and deeds.

“Peter Tosh often performed for free on many anti-apartheid concerts, at times paying from his own pocket those in the band and crew who insisted on being paid. Their demands would not prevent Tosh from giving his energy and talents to the cause of African freedom.”  Herbie Miller, former manager of Tosh writes in his biography.

Among his many revolutionary songs, he recorded Apartheid (1977) in a deliberate move to denounce the oppressive system in southern Africa. Just a decade back, Tosh had been arrested outside the British High Commission in Kingston protesting Ian Smith’s takeover of the former Rhodesia (present-day Zimbabwe).

In 1978, during Bob Marley’s One Love Peace Concert which was intended to put an end to the bloodshed that had marred the 1977 elections in Jamaica, Tosh fearlessly lit a marijuana spliff and lectured about legalizing cannabis, and attacked Jamaica’s corrupt social and political system as the Prime Minister, Michael Manley, and his bitter rival Edward Seaga, the leader of the opposition were sitting right in front of him. 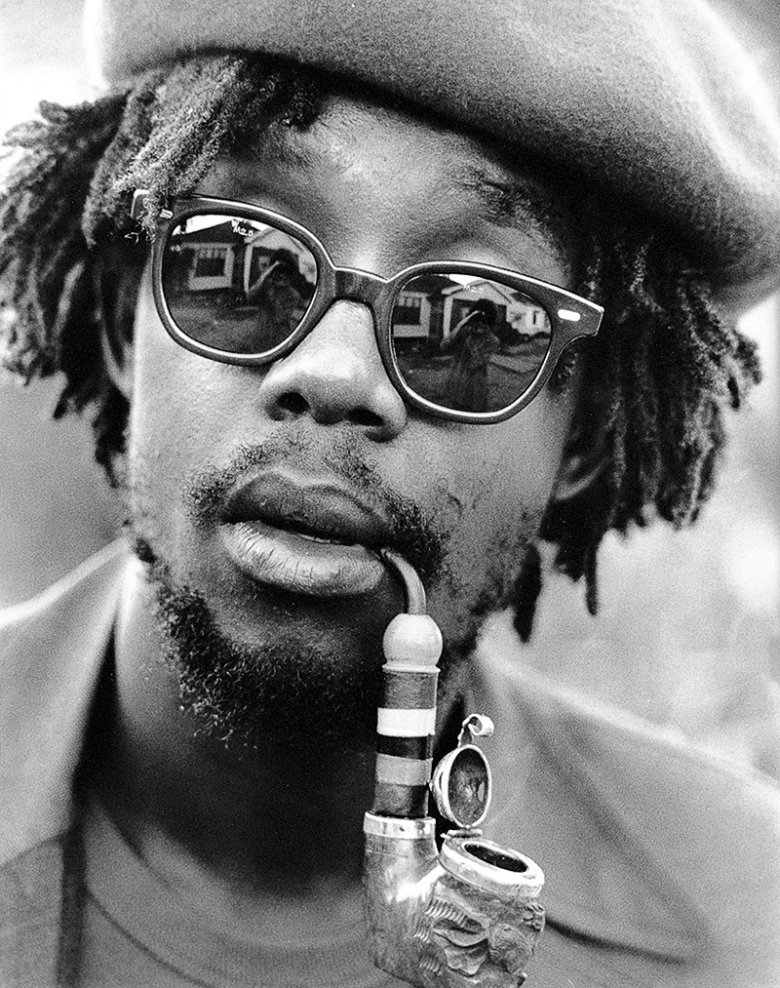 Many people (including Tosh himself) believed that it was because of denouncing and calling down fire and brimstone on the Jamaican heads of state that he was arrested several months later for allegedly smoking cannabis and severely beaten by 10 officers in a police station for more than an hour, an incident that nearly cost him his life.

According to Peter, the plainclothes officers intended to kill him so he had to play dead and when they were satisfied and said “Yes, him is dead”, that’s how he survived. Tosh’s revolutionary lyrics and fearless defiance against the shitstem got him in trouble with the authorities numerous times, but that never derailed him from defending his and people’s rights.

As an unshaken advocate for social and racial equality, Tosh was known to turn down offers and reject awards if they did not represent equality and justice and if they had nothing to do with the improvement of the lives of black people world over.

He once refused to perform in a white-dominated section of apartheid South Africa in 1977, although the financial returns exceeded anything he had previously earned. He claimed he would perform, only if it was for those adversely affected by apartheid and if the benefits thereof were channelled towards their improvement.

Herbie Miller wrote in an article that: “I have seen him (Peter Tosh) refuse to accept a gold record in Holland, emblematic of his achievements, because he was dissatisfied with the circumstances under which it was presented and what he considered Dutch colonialism in the Antilles.”

Also known as the Steppin’ Razor, Tosh was not only armed with his M16 rifle lookalike guitar and fierce lyrics; he was also a dangerous martial artist with Kung Fu being his favorite and specialty. He often wore ninja outfit during his performances, and the audience was fascinated by his moves as his dancing integrated roundhouse kicks, chops and punches. 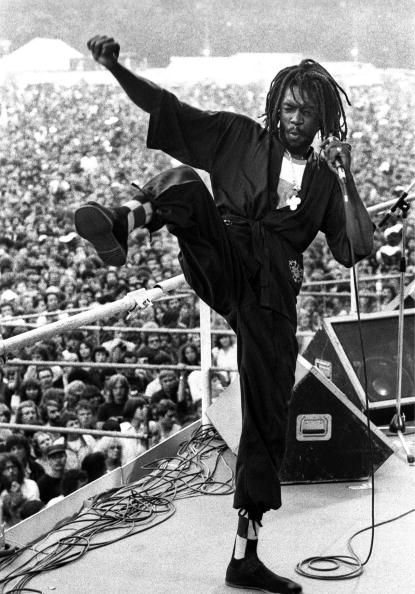 Standing at more than 6 feet tall, his roundhouse kicks reportedly reached unparalleled heights of more than 7 feet high. He was not someone you would like to irritate, although he never used his skills to hurt, but purely for the physical form and defence. With a black belt in karate, Peter claimed that he had to be a martial arts expert to protect himself and that it was a part of African culture.

Apart from his martial art skills and ability to make outstanding music, Tosh was also an avid unicyclist often riding on stage during his performances. His wordplay also left many stunned and some irritated, but that’s how he got his messages across. He would refer to the Queen of England as Queen ‘Ere Lies a Bitch; oppressive system as shit-stem; his manager as damager; Prime Minister as “Crime Minister”; bad situation as shituation; Jamaica as Jah Mek Ya; House of Representatives as  House of Represent-a-tief; and politics as “politricks”, just to mention a few. 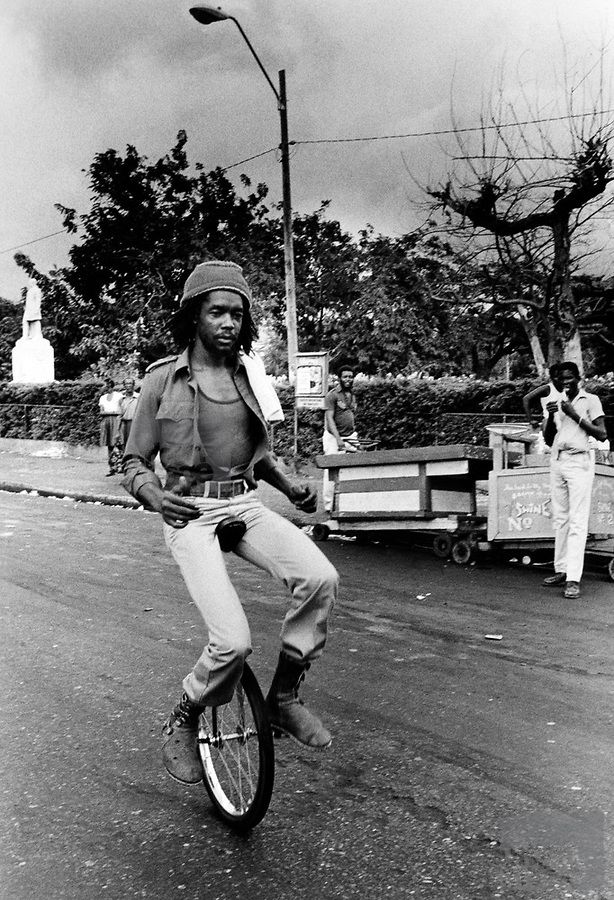 When the late Grenadian Prime Minister, Maurice Bishop, once invited Tosh to a summit in Grenada and greeted him with a popular communist title “Comrade” in the presence of then Jamaican Prime Minister, Michael Manley, Tosh replied, “I man don’t come red, I come black.”

Now, more than three decades since the no-nonsense revolutionary joined the ancestors on September 11, 1987, Tosh is still recognized and remembered for his words and his actions, and remains one of the most important, insightful and committed twentieth-century political musicians and activists.