On this day (April 4), Senegal, the small, vibrant coastal country in West Africa, gained its independence from France. Although the event culminating in the country’s independence was not remarkable, the journey to that point was fraught with consistent local resistance and war.

In the 15th century, Portuguese, French, Dutch and British traders managed to establish their presence on the coast of the country. In 1677, French colonizers officially took over the island of Goree from the Dutch. Goree, next to the country’s modern-day capital, Dakar, had become a minor departure point in the Atlantic slave trade where slaves were purchased from warring chiefdoms in the mainland.

After establishing bases on the coast, France began invading Senegalese mainland in the 1850s, despite native resistance to French expansion. Most notably, Maad a Sinig Kumba Ndoffene Famak Joof, king of Sine, a pre-colonial kingdom in the region, waged the Battle of Logandème, an uprising which the French won. Apart from a seven-year period when Britain took over French posts on the colony, Senegal was under French oversight for nearly 300 years.

France’s eventual decolonization of the country was a long process, taking almost 15 years. France had made promises to Africans to gain their support and manpower during WWII. Although France had wanted to maintain its colonial empire at all costs, especially after facing defeat and humiliation during the WWII and losing some of its territories, pro-independent Africanists put pressure on France to release its colonies, reminding her of promises made during the war.

France finally decided to grant independence in 1959, facing mounting pressure from new super powers like the U.S. Within a year, all the territories of former French West Africa had gained their political independence. In fact, between January and December of 1960, 14 former French colonies gained independence, of which Senegal was one. 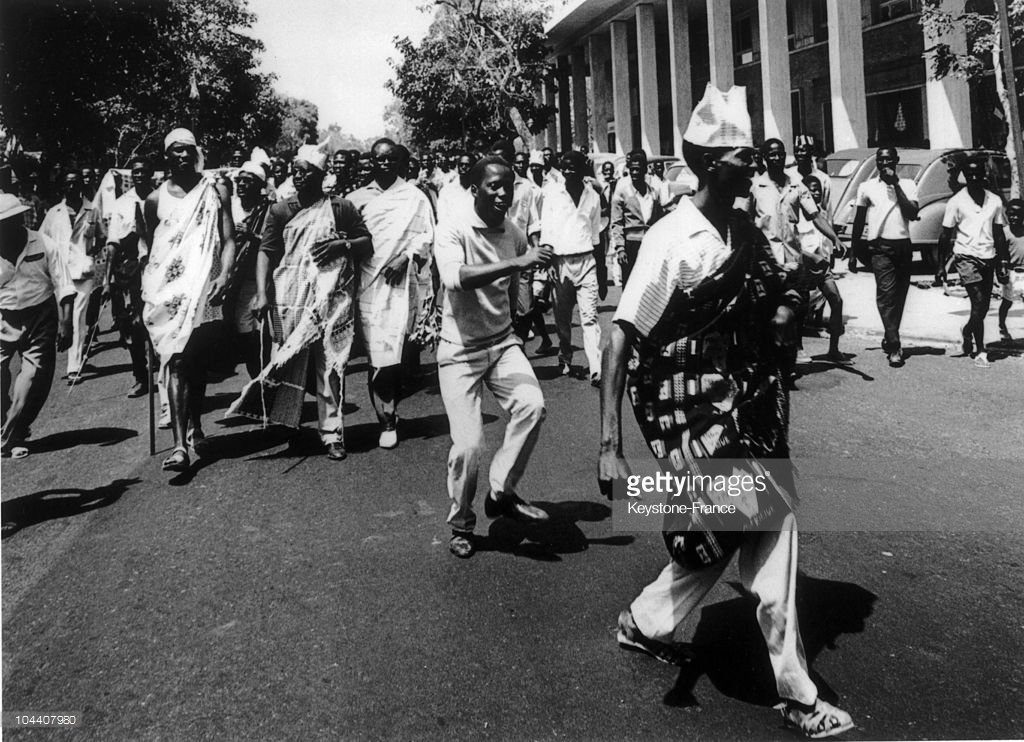 On 4th of April 1960, Senegal and French Sudan merged to become the Mali Federation, signing the transfer of power agreement with France. Two months later, the Federation dissolved when the leaders of the two countries could not agree on a common vision for the Federation.

Léopold Sédar Senghor became Senegal’s first president. The president, poet and philosopher, fought in the all-African French Army unit and spent two years in a Nazi camp after being captured during World War II. Given his close relationship with France, Senghor was influential in a successful appeal to President Charles de Gaulle of France for the country’s independence in 1960.

Senegal is often celebrated as a symbol of democracy and peace on the African continent. It often participates in peacekeeping throughout the region.

For its independence celebration, schools are closed for two weeks, and many visit friends and family. On Independence Day, also known as National Day, the country hosts a number of parades, of which the Dioubel Independence Day Parade in Dakar is the largest.