Lake Kariba, located between Zambia and Zimbabwe is the largest man-made lake and reservoir by volume.  It is upstream from the Indian Ocean. The lake is also a part of the Zambezi River; the fourth longest river in Africa. 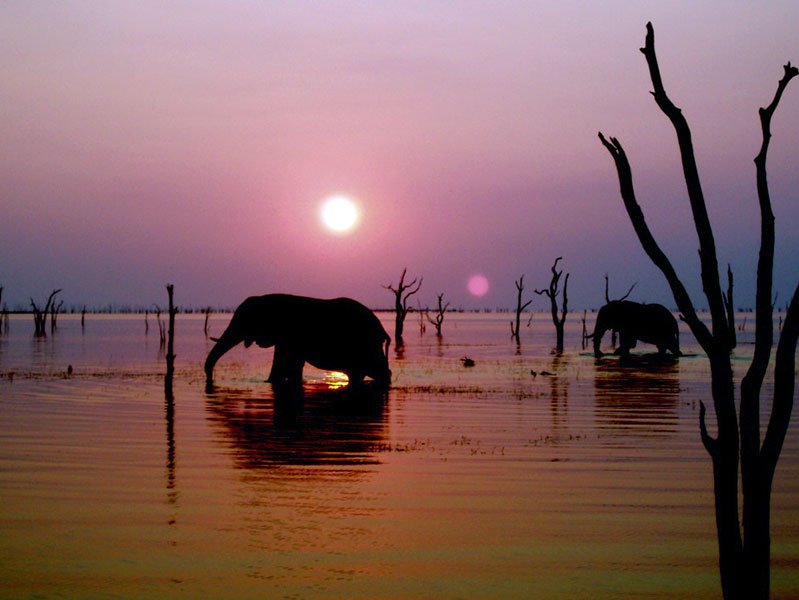 The idea of the lake was born during British colonial interests in Central Africa. It was seen as a means of profit for the British settlers concerning the regions of Southern and Northern Rhodesia.  It seemed to be the perfect location as it was stable enough to sustain its enormity and in a location where it could be governed by the minority of whites.

Subsequently, the Tonga people of the Gwembe valley were displaced so that the lake could materialize.  The Mlibizi in Zimbabwe and the Siavonga and Sinazongwe in Zambia were forced out as well.

Before construction of the lake, the vegetation on the land was burned. This allowed for a dense layer of lush soil to emerge.

Currently, there is a population of kapenta – a fish reminiscent of the sardine, crocodiles and hippopotami.

The portion of the lake situated in Zimbabwe has been selected as a Recreational Park within the Zimbabwe Parks and Wildlife Estate.

Lake Kariba is used for fishing, hydroelectricity and recreation.