It was all joy last year when news broke that a Ugandan had invented a biomedical jacket that diagnoses pneumonia rapidly and accurately, especially when the deadly condition continues to kill many.

According to UNICEF, pneumonia kills half a million children under five each year in sub-Saharan Africa.

These deaths have often been associated with the shortage of doctors and a slow diagnosis of the condition.

After Ugandan inventor, Brian Turyabagye’s friend and business partner lost her grandmother to the condition following a wrong diagnosis, Turyabagye realized that it was high time he found a way to avert the trend.

He and his business partner, Olivia Koburongo to start with spoke to some medical experts to get knowledge about the specific symptoms of the disease. 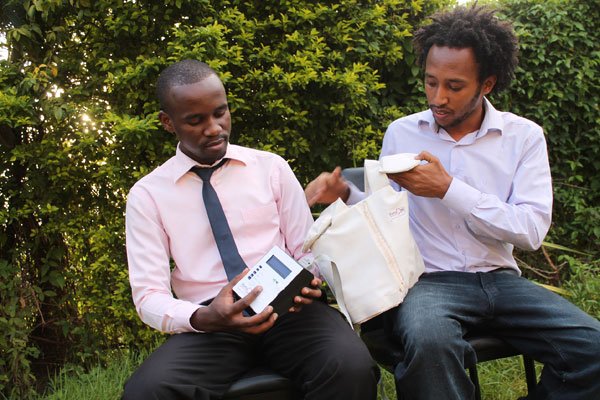 Turyabagye with assistance from his tutor, Mwikirize Cosmas at the University of Makerere in Uganda, and his team created Mama-Ope, a biomedical smart jacket that improves accuracy and the speed of diagnosing pneumonia.

Mama-Ope eliminates almost all human error and can diagnose pneumonia three to four times faster than a doctor, according to studies by its inventors.

The jacket analyses the chest and then sends the information via Bluetooth to a smartphone app.

Pneumonia has such a high rate in Uganda (27,000 children die every year) and its neighbouring countries, but funding for the disease is still too small.

Due to lack of access to laboratory testing and infrastructure in some communities, health workers are forced to rely on simple clinical examinations to make a diagnosis. 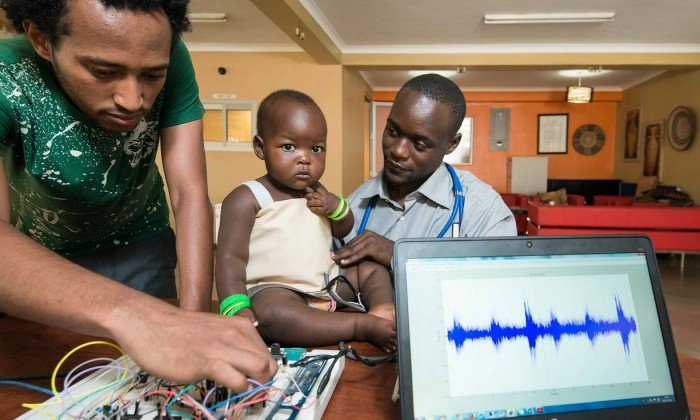 But with the invention, all a health professional needs to do is to just slip the jacket onto the child, and wait while the sensors of the jacket pick up sound patterns from the lungs, as well as the child’s body temperature and breathing rate.

In recognition of his invention, Turyabagye was the winner of Pitch@Palace Africa 2017, an event organized to support African entrepreneurs.

Turyabagye’s invention as at last year was in the prototype phase as the team announced that it was still working on the production concept.

Many are now wondering when the jacket will be certified for use in health centres and hospitals to be able to bring respite to millions of people who are affected by the disease due to insufficient care and personnel.