President Robert Mugabe of Zimbabwe is under attack for a very unusual reason this time around. Normally the controversial President is criticized for extending his time in office, but this time, he is under scrutiny for donating bananas and cassavas to a small village in the country’s Masvingo province, a move Zimbabwe’s opposition parties describe as, ”an insult to locals” .

The donation of bananas and cassavas to the ‘starving locals’ was not in conformity to the province’s staple maize local food called sadza, News Day Zimbabwe reports.

Voice of America had earlier reported that president Mugabe donated the items at a local rally just a few hours after paying his condolences to the family of the village’s Chief, Gutu Amos Tasirai Masanganise, who had passed away in 2013.

“You don’t give people bananas and tubers, as if they are sick patients in a Gutu hospital. What they need is their staple maize. Mugabe is out of touch with reality,” ZimPF Harare spokesperson, Jealousy Mawarire stated.

Meanwhile the Public Service minister Prisca Mupfumira has strongly defended the donation by Robert Mugabe, arguing that the bananas and cassavas were personal gift from his (Mugabe’s) closest allies, the president of Equatorial Guinea Teodoro Obiang Nguema Mbasogo. 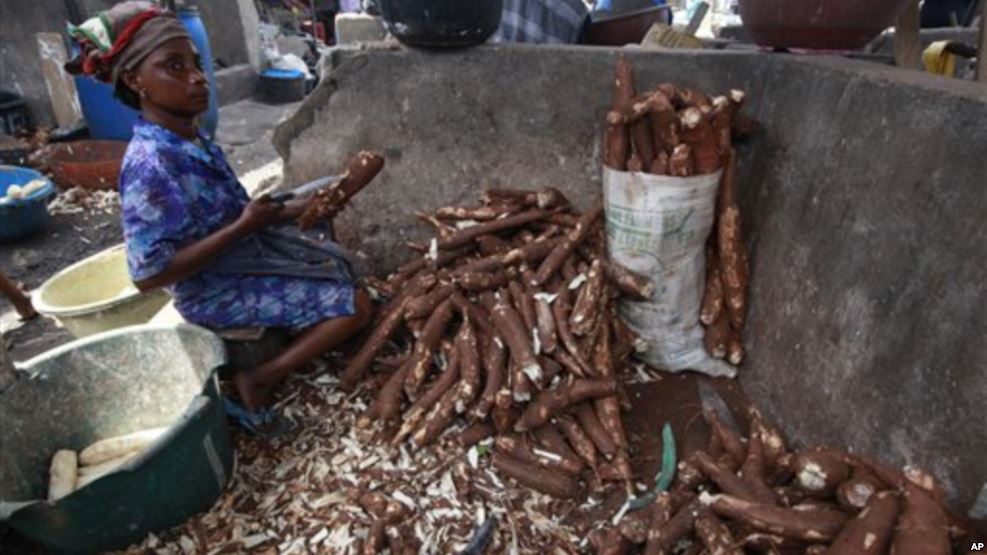 Zimbabwe continues to suffer the brunt of a severe drought as reports from New Zimbabwe.com shows that 16% of the country’s total population of 13 million suffer from a protracted development of food insecurity.

Relief web international reveals that the situation of  an extended drought due to climate change has resulted in the acute shortage of water across the north and southern belts of Zimbabwe’s farm lands – a crisis which has resulted in the increase of cattle deaths and the disappearance of farm lands.