Djenné is a town in central Mali situated on an island in the Niger River delta.

Founded in 800 AD, Djenné, which has been described as one of sub-Saharan Africa’s oldest cities developed into a hub for traders to transport their gold, salt and even slaves in and out of Timbuktu.

For thousands of years, residents have lived in homes made of mud so it’s not surprising that it became the location for the magnificent Great Mosque, the largest mud brick building in the world.

Built in 1907, the Great Mosque is considered by artists to be the greatest achievement of the Sudano-Sahelian architectural style. Before the Great Mosque, there was an earlier mosque on the same site built in the 13th century. 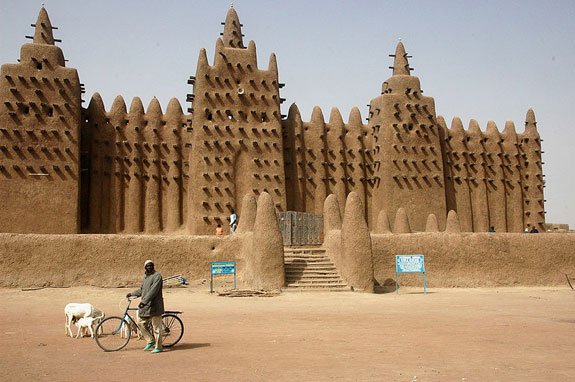 But that mosque, according to history, developed into a bad shape and got inhabited by swallows which built their nests in it.

Seku Amadu, after conquering Djenné during the Tukulor War, closed the mosque and built another mosque not too far from it.

French forces, however, demolished Amadu’s mosque when they captured Djenne in 1893. They constructed a school in its place and reconstructed the original mosque to its present state.

How it was constructed

Sun-baked mud bricks called ferey and a mud-based mortar were used in building the walls of the Great Mosque. Its smooth, sculpted look comes from a mud plaster which was used to coat the walls. 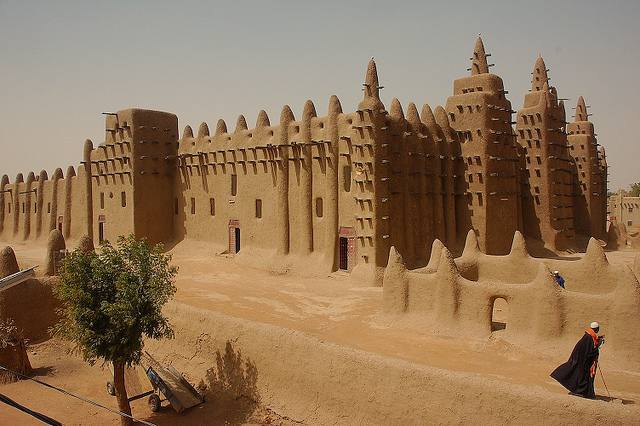 In the building are bundles of palm branches, which were added to reduce cracking caused by recurrent changes in humidity and temperature.

These palm branches were also used as scaffolding during annual repairs.

Maintenance of the Mosque is via a unique festival

The whole community of Djenné takes part in the annual repair of the mosque during a festival called Crepissage de la Grand Mosquée.

A race is held at the start of the festival to determine who will be the first to deliver the plaster to the mosque. 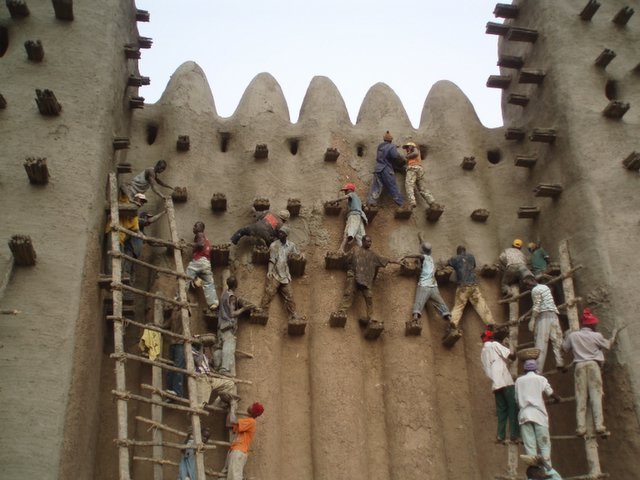 Annual maintenance of the mosque

Men are primarily responsible for smearing the plaster over the face of the mosque while women and girls carry water to the site.  The older folks only sit and watch what’s going on amidst food and music.

In order to preserve the building’s historical integrity, the people of Djenne have refused to allow any sort of modernization to be done in the mosque.

In 1996, the Great Mosque was closed to non-Muslims after a fashion photography shoot of semi-naked women in the building offended religious leaders. 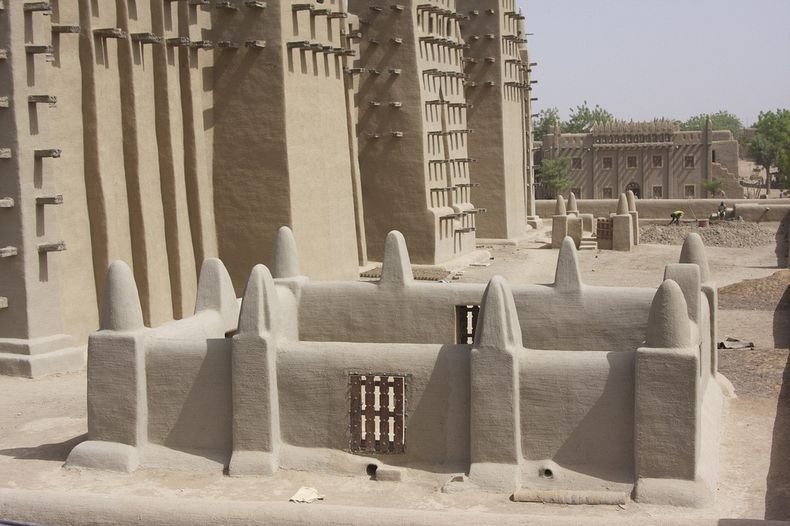 Even though there are several mosques that are older than the Great Mosque, the building remains one of the most famous landmarks in Africa.

It was, along with the entire city of Djenné, designated a World Heritage Site by UNESCO in 1988.