Adinkra symbols are nothing if not ubiquitous. They pop up in the most unexpected places, and have continued to fascinate people of all races and colors for a good reason: they are beautiful, intricate and truly culturally representative.

There are a few theories on the origins of Adinkra symbols. Some believe that they were originally created by the Akan people of Ghana and the Gyaman of Cote d’Ivoire.  Others believe that the name, Adinkra, originated from the name of the king of the Gyamans. According to legend, the king was defeated by the Asantes of Ghana and captured for copying the Golden Stool, a symbol of power for the Asantes. He was eventually killed and his kingdom was seized. However, as the legend goes, the Asantes copied the Gyaman symbols that King Adinkra wore on his patterned cloth and infused it into their kingdom. The Adinkra symbols were then born!

Between the nineteenth century, when the symbols were first recorded, and modern times, the use of the Adinkra symbols have increased. They have been used everywhere from patterned cloth to decorations on art work. However, their most important use is the deep significance they hold. Their existence reminds us daily that various aspects of African cultures are deep, truly symbolic and absolutely beautiful.

Below are some Adinkra symbols: 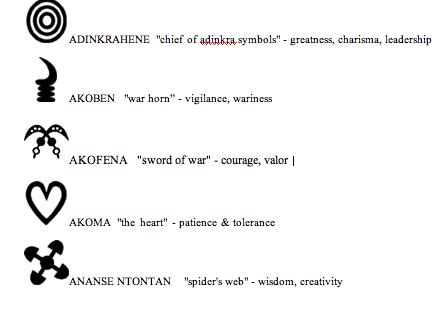 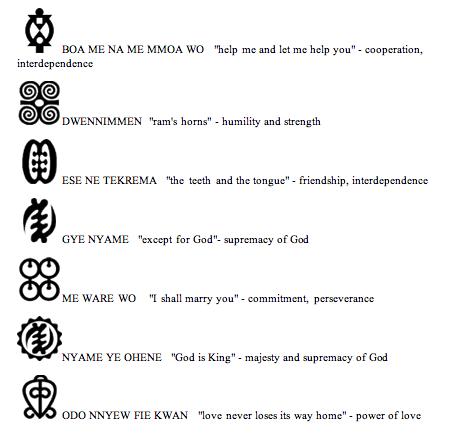