49-year-old Trevor Rene visited the United Kingdom from the Caribbean island of Dominica in 2008 on a six-month tourist visa. His reason was to meet his family in the UK where his grandfather had settled in 1948 during the Windrush era.

His decision to join the British Army during his stay did not save him from facing deportation after serving for six years as a mechanical engineer in the Reserves and marrying Diane, a British clerk who works for the NHS.

“I could understand me being deemed an illegal if I had arrived in Britain on the back of a lorry but I didn’t. I was born a British citizen. I arrived in Gatwick and then the British Army gave me a job. They will use me for my service to this country but then toss me away. It’s a scandal,” Rene was quoted in a report by local media iNews.

The resident of Welwyn Garden City, Hertfordshire, recalls being born a British citizen with a blue British passport before Dominica gained independence from Great Britain in 1978.

While in the military, Rene decided to apply for a passport when his tourist visa had expired. This opened the can of worms with the immigration. He was refused and the Army’s attempt to help him through the process was unsuccessful. 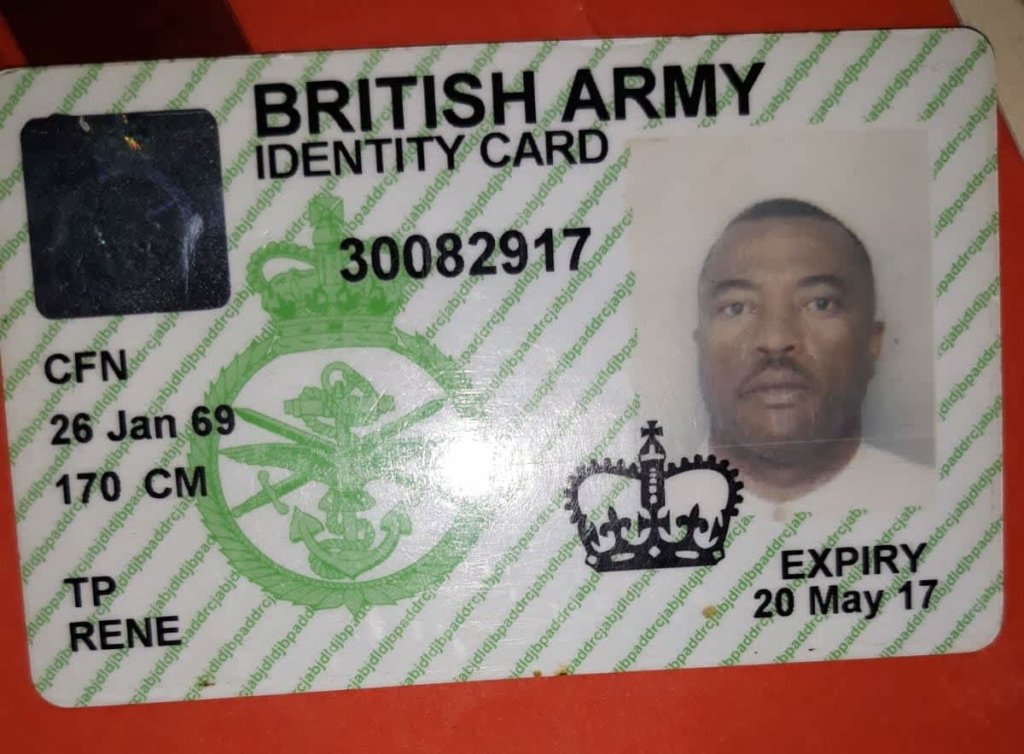 “My commanding officer sent the Home Office a letter to support my application. But they took the view I wasn’t properly in the British Army because I’m in the Reserve. It’s like saying someone who works in a Tesco Express doesn’t work for Tesco,” he told iNews.

Even after meeting his British wife and moving in together a year later, his immigration status was hanging and in 2014, the army let him go because of his status.

After seeking legal recourse, he was ordered to report to a police station every month in 2015, and in 2016, he was kept in a detention centre in Oxfordshire for 10 days.

“It was horrendous and terrifying. Worse than prison, because at least then you know when you will be released. I heard the guards coming in the night to take people to put them on a plane and I couldn’t sleep knowing I could be deported at any moment,” he said.

He was released but continued his battle for a legal status in the country. Trevor Rene could not get a job for four years and his marriage last year was not taken into consideration to approve his application for a spousal visa. 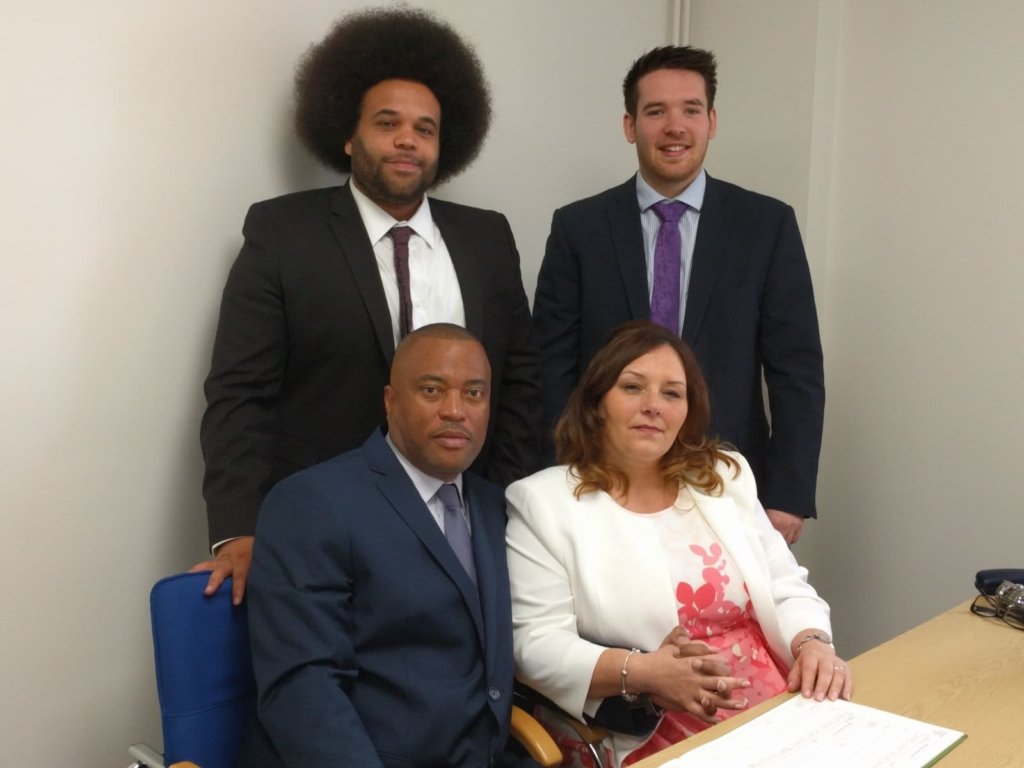 “They said she didn’t earn enough, but now she does earn over the £18,600 threshold for her to sponsor me … We have sent payslips and our marriage certificate but they have still rejected my visa,” he told iNews.

Rene’s frustration led him to create a GoFundMe page to help finance his legal fees since he can’t get a job and his wife is raising two children while supporting him.

“It’s been very tight relying on Diane’s wage alone. She has two sons, bills to pay, two cats to feed. I’m keen to work and give something to society. “I was born a British citizen. I’ve served for the Queen. My wife has a right to family life.

“You only have to look at the Windrush scandal. There are lots of people being treated the same way,” he said in frustration.

iNews spoke with a Home Office spokesperson who said Trevor Rene’s application rejection was due to a number of issues including failure to pay the fee and his status as an overstayer since his visa expired in November 2008.

“When someone has no leave to remain in the UK, we expect them to leave the country voluntarily. Where they do not, we will seek to enforce their departure,” the official said in reaction to Rene’s case which he said has been dismissed by an independent Immigration Judge and has exhausted his right to appeal.

The Windrush generation came to the UK to serve as a buffer for the loss of life during World War II. The British Nationality Act 1948 offered British citizenship to all individuals living in the UK and its colonies.

The 1971 Immigration Act gave citizens of the Windrush generation permission to stay in the UK indefinitely. Descendants were granted the right to emigrate to the UK as long as they acquired a work permit and could prove a parent or grandparent was born in the UK.

Many descendants of the Windrush generation are still fighting for their right to emigrate to the UK and stay with their grandparents and family members due to unfavourable laws that deny them legal residency.

British Prime Minister Theresa May recently apologized for a law she imposed in 2012 when she was the Home Secretary. The law prevented descendants of the Windrush generation from getting jobs and health insurance despite paying taxes.

“This has resulted in some people, through no fault of their own, now needing to be able to evidence their immigration status.

“Those who arrived from the Caribbean before 1973 and lived here permanently without significant periods of time away in the last 30 years have the right to remain in the UK,” May said in April 2018.

Despite this declaration, many descendants of the Windrush generation, including Trevor Rene whose grandfather is in the country, are being denied their right to stay. His case is much more unusual since he served in the British Army and has a British wife.