Visa-free travel for Africans in Africa is expected to begin by the end of 2018 but as the days go by, many feel that this will not materialize.

The idea of having an African passport has not caught on with many countries on the continent due to fears of illegal immigration, smuggling, a spread of diseases, terrorism and the loss of local job markets, among others.

Despite a roadmap by the African Union (AU) to ensure a visa-free travel for Africans in Africa by 2020, only Seychelles is the only country where visa-free travel is open to all Africans, as well as, to citizens of every nation, though Ghana, Rwanda, Namibia, Mauritius, Benin and Kenya have all loosened travel restrictions for other African nationals.

Following an announcement by South Africa last week that it was relaxing its travel rules to revive its economy, Ethiopia has followed suit, saying that it will in due course roll out a visa-on-arrival regime for all Africans entering the country.

This means that there would be no need for Africans to necessarily apply for visas before flying into the country. All African passport holders need to do is to fly in and have their visas stamped on arrival, according to Rwandan media, The New Times.

Mulatu Teshome, the Ethiopian president disclosed this while speaking at the opening of the new session of the country’s parliament in Addis Ababa on Monday.

A relaxed visa regime is expected to enhance Ethiopia’s openness and enable it to harness the significant stopover transit traffic of Fly Ethiopian, the national carrier which is said to be Africa’s biggest and most profitable airline.

The president’s announcement comes four months after Prime Minister Abiy Ahmed stated that the country had started issuing visas online for tourists and other visitors across the world.

Currently, citizens of African countries still need a visa to travel to more than half of the continent’s 54 countries. 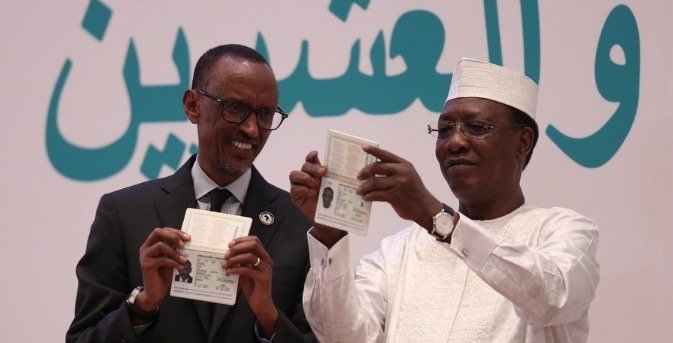 The AU launched an African passport in 2016 that will ultimately replace individual nations’ passport but it is currently available to senior diplomats and top officials of the AU.

The AU would want an Africa in which the continent’s 1.2 billion will require no visas to travel to enhance prospects for intracontinental trade, just like the European Union, but this does not seem to be happening soon due to the challenges mentioned above.

For now, a visa on arrival which includes authorization to stay for up to 90 days is the norm and for countries like Ghana, Rwanda, and Kenya who have adopted this, there has been an increase in African visitors and overall investment.

Jean-Guy Afrika, AfDB’s principal policy expert and a contributor to the Africa Visa Openness Report 2017 recently said: “Overall the trend is positive, given that just four years ago only five countries offered liberal, arrival or no visa, access to citizens of all African countries. Today that number stands at 14, but we want that number to keep moving up.”