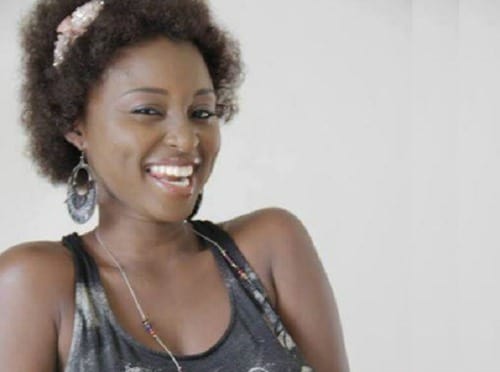 Côte d’Ivoire is among the elite group of African nations shedding their “third world” status. Economic activity after the post-election crisis was more vigorous than expected with confidence among both foreign and domestic actors pushing growth to nearly 9 percent in 2013, and a 9.8 percent growth rate is expected this year. The death of top Ivorian model Awa Fadiga last week, however, has thrust the country in to an uproar. Twenty-three-year-old Fadiga was the new face of Orange telecoms newest campaign in the country and had just signed a substantial contract with an elite agency. But because Fadiga was left untreated at Abidjan’s Central University Hospital for more than 12 hours, she slipped in to a coma and died days later.

Since Fadiga’s death, the Health Ministry has refused to take responsibility, saying it treated Fadiga with the highest standard of care. Ivorian community leaders dispute the Health Ministry’s claim, though, by illustrating a rapid decline in Ivorian health care, which was once a beacon among healthcare systems in Africa.

In the 1990s, free health care was stopped due to the country’s struggling economy and pressure from global financial institutions. The free care was temporarily reinstated after the post-election violence in 2011, but it proved too expensive and was again abandoned. Alassane Ouattara‘s government, though, has said it intends to re-introduce universal health coverage by 2015.

Universal healthcare has both benefits and drawbacks, especially for an emerging market, but what happened to Fadiga — and to so many other Ivorians — is inexcusable: Fadiga was beaten in a taxi, sustaining a fracture in her skull; left to die half-naked under a bridge; only to be taken to the nation’s largest hospital and be denied treatment due to the hospital’s inability to reach someone to pay her $230 USD medical bill upon admission.

This tragedy falls against the backdrop of a nation doing extremely well with a vast wheelhouse of natural resources. The Ivory Coast leads the world in cocoa production and has significant oil and mineral deposits. In 2012, the nation received a substantial cut in its external debt and saw inflation stabilize below 3 percent.

Consequently, the capital, which was by and large the recipient of these benefits, has seen marked improvements in the real estate space. French retailer Carrefour is opening their first unit there, and the African Development Bank is relocating back to the capital from Tunis. There are also new hotels that are opening and a new bridge is being built, connecting Marcory neighborhood with chic district Cocody, where Fadiga resided.

All of these developments signal a country that is on the rise.

But as the saying goes, “Your health is your wealth,” and these improvements are dwarfed by the dilapidated state of the nation’s hospital system. Hopefully, the spotlight on Fadiga’s death will put pressure on the country to prioritize the well-being of its people at the level of its policies to attract foreign direct investment. To lend your voice to the call for action, join the growing coalition in support of the case of Fadiga and the thousands of others who have shared her fate.