There has always been almost no mention of women in liberation struggles across Africa. However, that does not prove their inexistence; they just do not get as much exposure. Here is Bibi Titi Mohammed, she dared to venture into an all-man business and proved her revolutionary firepower.

Bibi Titi was an influential leader during Tanganyika’s liberation movement. She was the leader of Umoja wa Wanawake wa Tanganyika, Swahili for Union of Women of Tanganyika (UWT), the women’s wing of the Tanganyika African National Union (TANU).

She was born in Dar es Salaam in 1926 and was married off at the age of 14 to an older man after she partially completed her primary school education. She was then divorced by her husband after giving birth to a girl. She later married twice more, this time to men of her choice.

Her involvement in nationalist struggles started in 1950. In 1954, TANU was formed under the leadership of Julius Nyerere, and she was granted membership card No. 16. 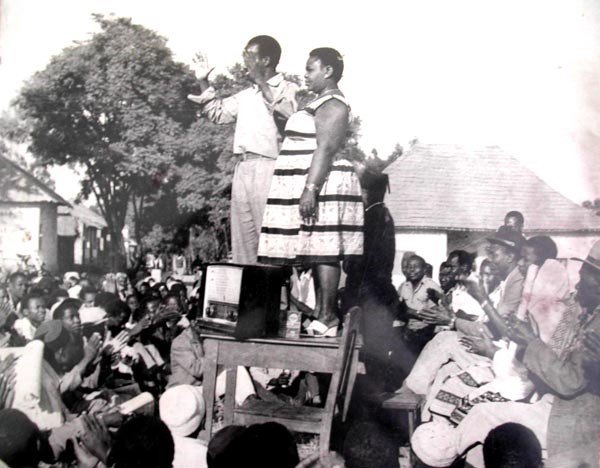 In 1955, she was asked to chair the UWT, and within three months of her new position, she successfully enrolled more than 5,000 women as TANU members. The women’s wing was set to play a big role in the independence struggles in Tanganyika and Zanzibar.

UWT performed very well under her leadership especially in selling TANU’s ideals to the masses. It also unified women and gave them one voice in the fight against colonialism.

Her organisation did so well that it earned recognition in TANU’s 1964 constitution, which declared that there would be a place for women in the party: women would be entitled to all membership rights and every party branch would have a women’s wing.

In 1957, Mwalimu Nyerere recommended that Bibi Titi tour Musoma to continue the propagation of TANU’s ideals.
Now that her popularity was spreading she realized that pursuing further studies in the English Language would become quite handy especially in the forthcoming elections. 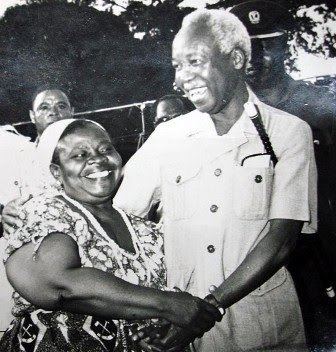 After an initial course in English Language, she left for the UK for ten weeks and returned to Tanganyika after successfully completing her studies.

In the elections of 1961, Bibi Titi was elected unopposed as the leader of two districts – Mafia and Rufiji.
After the country had gone independent, Mwalimu Nyerere appointed her Assistant Minister in the Ministry Of National and Cultural Development.

In 1965, her relationship with Mwalimu crumbled and, she and the Minister for Defence, Hon. Michael Kamaliza were charged with treason. The duo was found guilty and each given a life sentence.

Bibi Titi received presidential pardon two years later but faced abandonment by her friends upon her release. Earlier on, her husband had deserted her during the trial. Even her most trusted political associates deserted her.

She kept a low profile after her release and her popularity dwindled, but the legacy she had left for women and her country will remain to be told many centuries to come.