On this day in 1822, the capital city of Liberia, Monrovia was established by the American Colonization Society, a group which advocated for the permanent migration of freed African-American slaves to Africa.

Initially known as Christopolis, the city was renamed Monrovia after ex U.S. President James Monroe who was an ardent supporter of the American Colonization Society.

At the time of its establishment, the settlers in Monrovia were mainly freed African-American slaves who later on became known as Americo-Liberians. 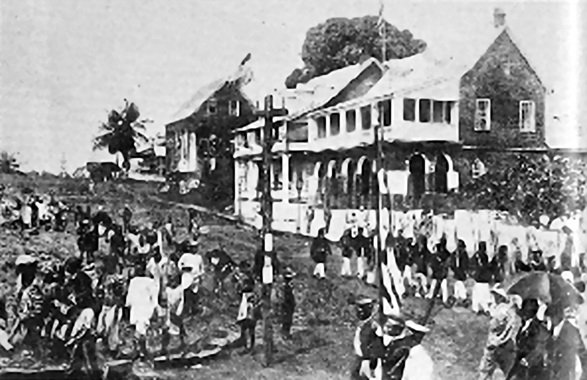 Monrovia in the 19th century.

The city served as the venue for the drafting of Liberia’s constitution by the American Colonization Society in 1845.

Liberia was governed by the Americo-Liberian settlers up until April 12, 1980, when Master Sergeant Samuel Doe, an indigenous Liberian and member of the Liberian Armed Forces led a military coup against the government of then-president William Tolbert.