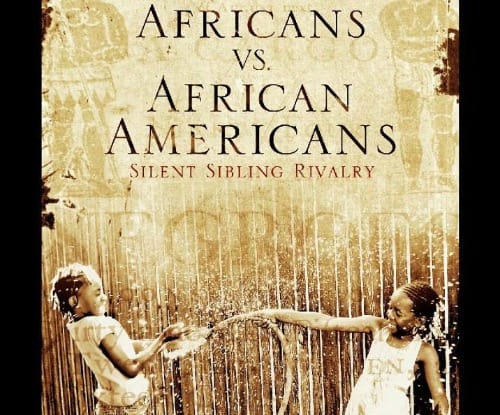 I’ll never forget my experience two years ago at the World Food Prize, when a prominent so and so heard me speak and asked what part of South Africa I was from. After I replied that I’m African American and from N.Y., he said, “Oh, I was excited to talk to a dignified African woman and maybe get you on a project. I can find a Black girl from N.Y.C. anywhere on the street.”

I looked at him, literally laughed out loud, and then walked away.

That exchange struck a chord with me, though — one that, at the time, was slowly becoming a theme in my conversations with other members of the diaspora. I’ve had the privilege of traveling to more than 30 countries and the seedy “African-Americans-ain’t-sh*t” undertone has got to stop along with all the other tropes of “my Black is better” Olympics that African descendants play all too well.

I took this experience to Facebook, and apparently it hit a nerve for people: My posting turned into a thoughtful and insightful discussion from people on all sides of the coin. The conversation was so dynamic that I then posted it to Storify. See the exchange below:

I believe that we are ready for a Modern Pan-African story, neo-Pan-Africanism if you will. People are open and willing to have the conversations that matter, and more importantly, they are ready to do the work that it takes to break down those silos and challenge all that we’ve known about ourselves for much of modern history. What say you?

RELATED: From Slavery to Lumumba to Mandela, Pan Africanism Has Been Integral to Our Freedom

Cherae Robinson is a self-described “passport stamp collector” and has traveled to nearly 30 countries, 8 of them on the African continent. In 2012 she realized one of her biggest dreams when she took 80 young professionals to Africa and founded the Afripolitans, a collective of professionals interested in creating a stronger narrative on Africa through commerce, connections, and creativity. Committed to being a “Game-Changer” in how the world sees Africa, Ms. Robinson’s vision has revealed itself in the creation of her first independent venture Rare Customs, a tourism market development firm.