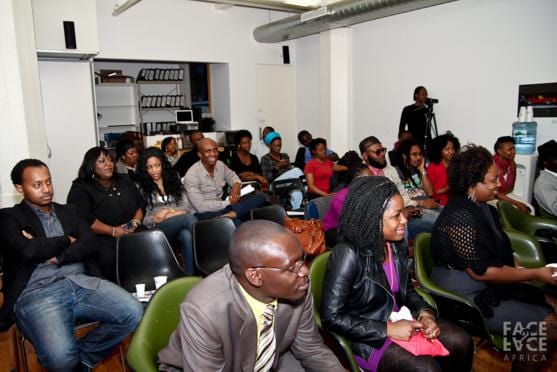 On May 11th, a diverse group consisting of students, professionals, musicians, and artists, gathered in Brooklyn for an engaging discourse on African music as a tool of change in the continent of Africa.

The forum, hosted by the Filmmaker, Poet, and Activist Rebekah Frimpong, was titled, "Young African Visionaries – A Discussion of Africa’s Youth Through Music", and brought together various African Musicians and Media Executives on a panel to share their views on the current state of African music, and how the longest form of communication can be used to inspire change locally, and to revamp the image of Africa internationally. 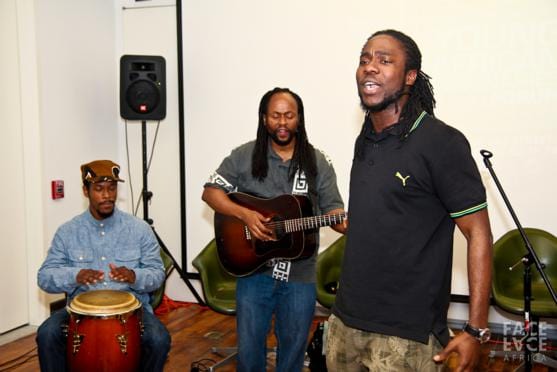 The forum also featured a special listening party with conscious Ghanaian Musician, Mensah, who hailed from London and blessed the room with his talent. He was also a Guest Panelist.

When asked to share their thoughts on how African music can be used to bring change to Africa, the panel agreed that Music is a universal language, and for that matter, its power can never be refuted. Mensah believes that one of the ways to affect change through music is to be as original and be keen on using music as a platform to showcase our identity. “When it comes to music, we have to be as original as possible because music gives us a certain super power. We may ignore it or may not even realize it but it does,” he added.

Emmanuel Gamor, who agreed with the statement added that consumers must also help musicians maintain that originality by accepting their music no matter how different it may sound. Emmanuel used the different types of Ghanain music as an example of how diverse the continent of Africa is when it comes to music. 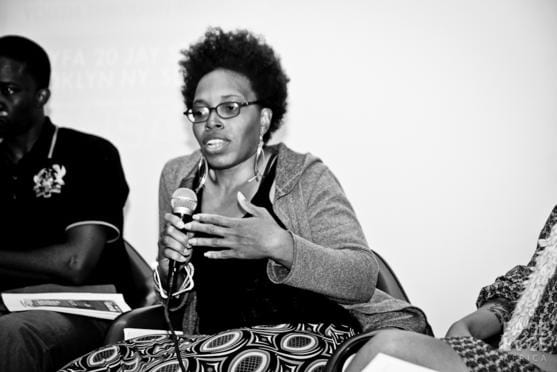 One of the issues that came up during the discussion is the lack of appreciation of African music by Africans themselves. The panel noted that the only way African music can rise to the internationally level and make any progress towards the revamping of Africa’s image, is if Africans start appreciating their local music as much as they appreciate Western Music.

Some may wonder the role that African governments can play in helping our musicians maintain originality and encourage them to use music as a form of communication instead of merely entertainment.

Most African musicans are struggling because although they may have all it takes, they lack an effective system that pushes them forward. Communication laws are very weak, and it is almost as a “scramble” or a “survivor of the fittest” type of system for musicians.

With the spread of Itunes, Youtube, and other music sharing sites, African musicians are suffering tremendously from terrible album sales. Most of them make a living from touring and shows, however to make a name for themselves and get to the point of winning a reasonable amount of people to attend their shows is another hassle in itself.

Payola is still very prevalent in Africa, where musicians have to pay radio stations or even TV stations to get their songs aired. Essentially, a person could be tremendously talented, but without the financial ability or necessary resources, they may never be discovered.

The governement needs to tke a more proactive approach towards protecting our musicians and providing a platform that will enable them to compete on an international level and spread the positive things about Africa.

Overall, this ws a great discussion that instigated many more thoughts  and ideas about the current state of African music and the role that the youth can play in maximazing its impact. Face2face Affrica apllauds Rebekah Frimpong for seeing the importance of this issue and taking the initiative to provide a thought provoking platform where people can share ideas on how to affect change.