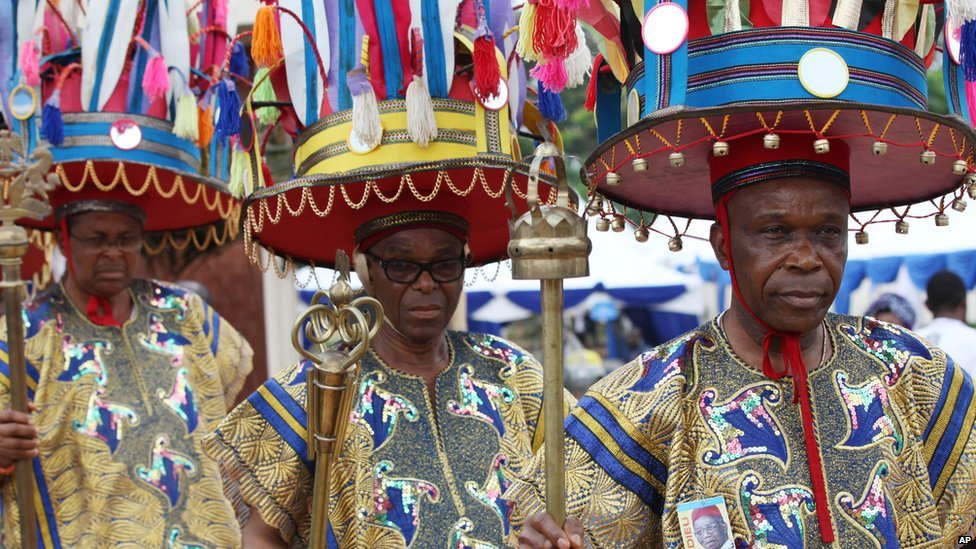 In the Igbo culture which is prominent in Nigeria, there is a rite of passage for the deceased called ikwa ozu which translates into “celebration of the dead.”

The ceremony is a requirement for those who wish to be accepted by their ancestors. Some Christians do not perform this ceremony. For those that wish to, the religious funeral rites are performed before the burial.

The elaborate affair includes consumption of alcohol, livestock and the final transition of the deceased’s body to their village – which can be expensive and lengthy. The ikwa ozu can last from a few days to weeks, as documented by BBC.

Between seven months and a year after the funeral, a second funeral is performed.

The second funeral is considered a celebratory event. Funeral attendants dress in their finest attire, dance, sing and honor the life of the deceased.