It was a rude awakening when a dark-skinned Somali Member of Parliament stood before the federal legislature to pour out his frustration on how he and his tribespeople are being treated in Somalia due to the colour of their skin.

“They were addressing me in English but I ignored them. Finally, I answered them in Somali and explained who I was … Majority of Somalis are ignorant of the existence of the Somali Bantu community who are nationals of this country,” says MP Mohamed Nuur who narrated his ordeal as a black man before the Somali Parliament on Monday.

“I arrived #Mogadishu airport with my passport immigration officers scrutinised me & talked to each other saying this Ugandan has Somali diplomatic passport They were addressing me in English but I ignored them I answered them Somali &explained who I was”Bantu MP Nur told Parliam pic.twitter.com/sJ4kM6hxE1

In Europe, Asia and America, this act is called racism as white people judge others based on the colour of their skin. It is despicable to come to Africa – which is a continent of black people – for a light-skinned African to treat a dark-skinned fellow like an outcast.

Discrimination is a mild description of what the Bantu ethnic group is facing in Somalia where they’ve been for hundreds of years. Somali societies disapprove of marriages between Bantu tribespeople and people from other clans. The result of this was the killing of mechanic Ahmed Mukhtar Salat who was lynched in Mogadishu by the in-laws of his nephew protesting their daughter’s marriage to a Bantu.

Salat was torched to death by a mob at his garage while the couple were on their honeymoon after the wedding, reports local Somali media Radio Dalsan. The attack sparked a protest against marginalisation and discrimination of the Somali Bantu.

“If we can marry white women in America I don’t understand why our brothers here in Somalia don’t allow us to marry from other clans … Discrimination thrives in Somalia. Let’s be civilised and let’s not allow discrimination in our country,” Nuur added in his speech to the Somali Parliament.

The Bantu population in Somalia is mostly found between the Juba and Shabelle rivers in the south of the country that is regarded as Somalia’s food basket. The Bantus are farmers and they locally call themselves “jareerwayne”.

Unlike the ethnic Somalis who have a light skin, long noses and straight hair, the Bantus have dark skin, woolly hair and broad noses like most people in other parts of Africa.

The Bantus historically settled in Somalia as merchants, mercenaries, indentured servants, and slaves. The latter occurred during the Arab slave trade when they were captured and sold from Southeast Africa into slavery in Somalia.

They have always faced marginalization and their descendants in the 21st century are not any better as many have fled the country since the Somali civil war in the 1980s. The Bantus form part of the largest refugees camped at the Dadaab and Kakuma refugee settlements in Kenya under the supervision of the UNHCR. 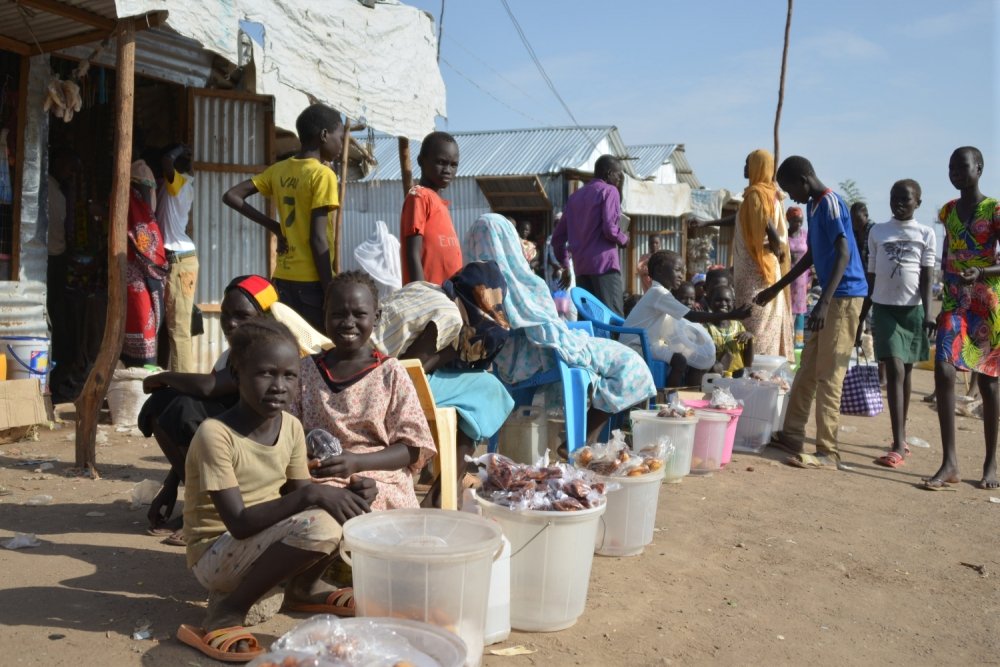 Between 2003 and 2007, the United States resettled around 13,000 Bantus in cities across the country and many continue to live in states like Utah, Colorado, Texas and Arizona among many other Somali settlements. Some Bantus integrated into Kenya, Tanzania, and countries in Europe and America.

Many Bantus have resettled in Tanzania and Mozambique, the two countries they regard as their ancestral home where their forefathers were taken as slaves. The United States had repatriated some Bantus to Tanzania where they were given lands and granted citizenship.

Meanwhile, several Bantus in Europe and Australia still dream of returning to Somalia to reclaim their properties which they lost to the war. They still call Somalia home despite the marginalization which is seeing no improvement. These Bantus organise protests and appeal to Western governments to come to the aid of their tribespeople in Somalia. 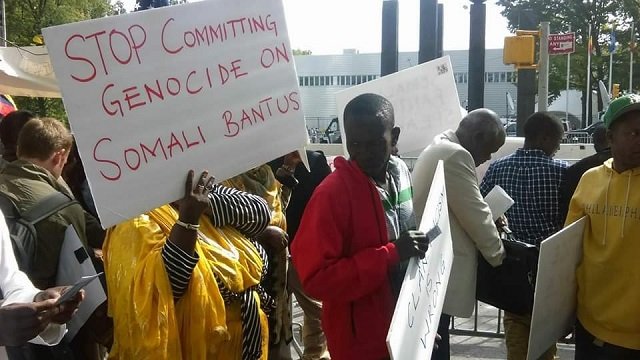