Armed with $20,000 in Kickstarter donations, Ledet Muleta has set a mighty goal for herself: to change the way individuals in Africa and the diaspora think about mental health and mental illness. Her main tool at the moment is “Chula” – a film about an accomplished pianist from an Ethiopian immigrant family who struggles with bipolar disorder.

Muleta is a 37-year-old nurse whose own family migrated from Ethiopia to America when she was a preteen. She recently told Huffington Post that the inspiration for “Chula,” which she scripted herself, came from 13 years working as a psychiatric nurse in the Washington, DC, area and her professional travels across the African continent.

“When I visited countries in Africa ― Liberia, Ethiopia, Kenya, Mozambique, Uganda and Egypt ― the use of services or rather shall I say the recognition of mental illness was minimal,” Muleta explains. “I want to reduce the stigma of mental illness so people realize it is treatable just like any other chronic illness. The film presents mental illness as non-discriminatory since it affects people from all backgrounds.”

Muleta identifies a host of stigmas that are attached to mental illness in African societies, including perceived connections to “spiritual or religious” afflictions, supernatural possession, or punishment for something the sufferer has done wrong. Then there is the idea that the entire concept of mental illness is a Western fiction that doesn’t actually exist. Such notions not only make it harder for mentally ill persons to access treatment that can improve their lives, but also leaves them cut off socially, made invisible by the shame their family and friends attach to their conditions.

“Language also plays a large role in stigma because diasporic Africans may not possess the language to discuss their experiences with mental illness. Mental illness is hard enough to discuss in English but it’s even more difficult to translate these concepts into one’s native tongue, especially when one comes from a culture where mental illness is not discussed at all.”

As is often the case throughout human societies everywhere, bad information spreads rapidly while sound education about the problems is a lot harder to find. So Muleta chose the popular and accessible medium of film to get her message out, saying, “I wanted to ensure that the message could reach as many people as possible in a relatively quick way, which film allows you to do.” 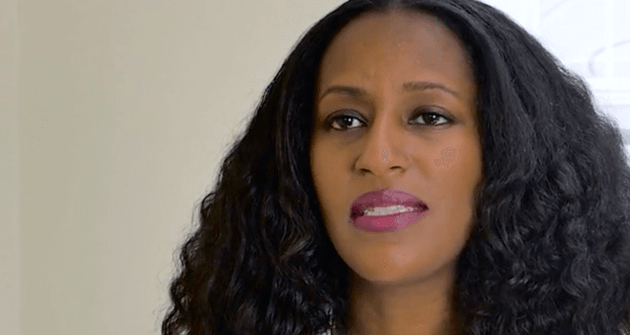 Muleta’s commitment to improving conditions for the mentally ill goes beyond the film project, however. She created the nonprofit organization Medixaa Health Services to fight the stigma and raise awareness about mental illness in Africa – a problem she says is made worse by the rising drug trade in West Africa and other regions. “Chula” is but one project under Medixaa’s umbrella of services.

Stay tuned for updates as Muleta’s important film nears completion and begins to reach her target audiences. In the meantime, check out the teaser for “Chula” and consider starting a conversation in your own circles about the reality of mental illness among all kinds of people in the world.