The Kingdom of Morocco, a North African country that places high premium on tourism as a strategic industry for the growth and sustainability of its economy, is currently reaping the dividends of such a policy bountifully.

Morocco, which was once described by BBC as the most westerly of the North African countries known as the Maghreb (the Arab West), emerged as the visited country in Africa in 2015 ahead of South Africa and Egypt.

In spite of its religious inclination as an Islamic country, Morocco’s rich culture is a blend of Arab, Berber, European and African influences which makes it a much more pluralist society with a population of 32.6 million.

In addition, it transverses a landmass area of 710,850 square kilometers (274,461 sq miles), including Western Sahara. The major languages are, Arabic and Berber (official), French and Spanish. Life expectancy in Morocco is currently 70 years for men and 75 years for women.

Director General of the Moroccan National Tourist Office (MNTO), Abderrafie Zouiten, said that Morocco’s accomplishment as the most-visited African country last year was as a result of a tourism policy based on the diversification of source markets which was proactively adopted by the country.

Zouten, who made the observation while speaking in an interview with French radio,Radio French Internationale (RFI) and weekly magazine, “Jeune Afrique”, added that the number of tourists who visited Morocco increased by 7 percent in 2013 and by 2 percent in 2014.

“Despite terror attacks in Tunisia and France, the number decreased by only 1 percent in 2015,” he said. He further noted that Morocco remains the first non-European destination for French, Spanish and Portuguese tourists, adding that the Kingdom is also among the few safe countries for tourists, according to the French, British and US authorities.

“The fact that the city of Marrakech was chosen to host COP22 is a very strong signal,” he stressed.

Corroborating this assertion, Mr. Osaheni Faluyi, a social worker who returned last week from a vacation in Morocco with his family, said tourists are mostly attracted to Morocco because of its very rich and enchanting natural and cultural resources. From what they saw in the places they visited during their vacation, was extremely mind-blowing.

“Most of Morocco’s hot spots for tourists, especially the beach resorts, are just too beautiful to behold. The people are very welcoming and the environment is so safe and enthralling. We saw a road network that is very rare to find in any part of Africa,” he added. 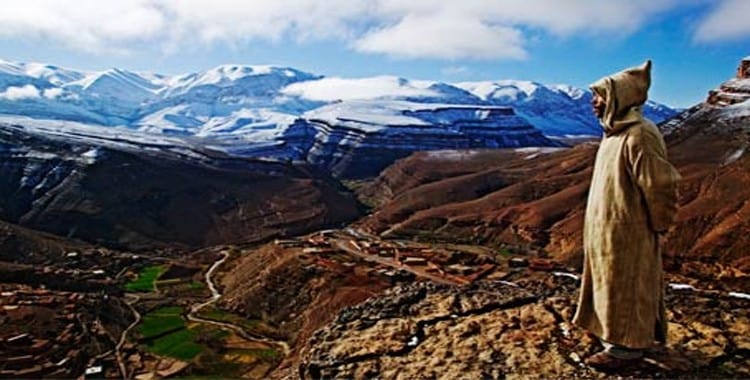 While also narrating his experience during a trip to Morocco in the company of his family who are all tour cyclists like himself, Dave Monk from New Zealand, said they were touched by what he described as the “authentic hospitality and genuine support as well as the general attitude of Moroccans to strangers.”

“We have met everyday, Moroccans who have opened their doors and lives to us, complete foreigners, inviting us into their world, sharing evening meals they call Tajines, tending their cows to offer fresh milk, and heating up buckets of water over a fire pit, so we may enjoy a refreshing warm (ladled) shower – Paradise, at the end of a cycling day.The welcoming waves of farmers as they call us over to enjoy a fresh sweet mint chai, before wishing bon-voyage for our remaining trip,” he added.

Apart from seeing different long beaches, fortified fishing ports, oases and the Atlas mountains, a visit to some of the most beautiful cities such as the imperial Fez, Meknes and Marrakesh will expose tourists to the superb, massive and majestic Islamic architecture of ancient and modern times.

Moreover, the ever bubbling and fast-paced cosmopolitan city like Marrakesh offers visitors limitless fun. According to a popular saying in Morocco, “Life in Marrakesh doesn’t stop at nightfall. Once the sun sets, another festive magic invades the imperial city.”

The city has several nightlife venues ranging from multi-level night clubs to the most elegant, secluded lounges, which guarantee maximum satisfaction for clients. In addition, most of the exotic places for fun seekers, such as Marrakesh Henna Art Café, Henna Café, 555 Famous Club, Cantobar, among many others are great havens for fun. 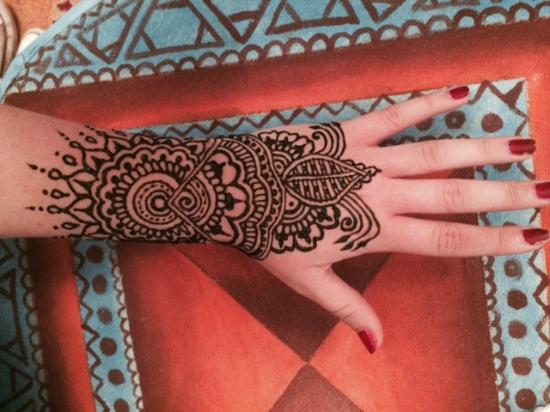 The Henna Art Cafe is one of many places to visit in Morocco. (Photo: tripadvisor.com)

Moreover, they offer visitors lots and lots of good food and drinks, bars and clubs, coffee treats, dances and club disco jams, Karaoke bars, casino and gambling services and there are several concerts and shows as well.

Nightlife in Marrakesh, according to Mr. Faluyi, is not different from what is obtained in London. “There are so many places to go to have fun and enjoy good music and all genre of entertainment including the fire-eating magical performers.”