As an avid Apple user, I’ve always appreciated the simplicity of the way their products were designed.

I don’t mean the aesthetics, even though Apple products are among the most elegant pieces of technology to behold. I mean the underlying technology.

When you’re on a computer or any device, it shouldn’t get in the way of your ability to use it.

By that I mean, if I want to place a call, it shouldn’t take me a whole bunch of steps to do so. I should simply wake up my phone, touch an icon and place my call. No muss, no fuss.

Whether I want to browse a website, send an message, find a restaurant, buy or pay for something, each of those tasks should be relatively easy to accomplish and the tool I’m using to do those things shouldn’t get in the way.

Apple products did all that for me, and they looked good to boot.

PCs, on the other hand, did not.

For all the ThinkPads, Surface Pros and Samsung Galaxy Notes out there, there wasn’t enough elegance in their designs to make me forget their flaws.

PCs and Android devices – as open-source systems – are notoriously prone to bugs and hacks, which is another reason I’m such a fan of Apple products.

So I was surprised that the Remix Mini caught my attention the way that it did, considering it wasn’t an Apple product.

And it caught my eye first.

That’s what set it apart from other pieces of tech that have dropped over the years. 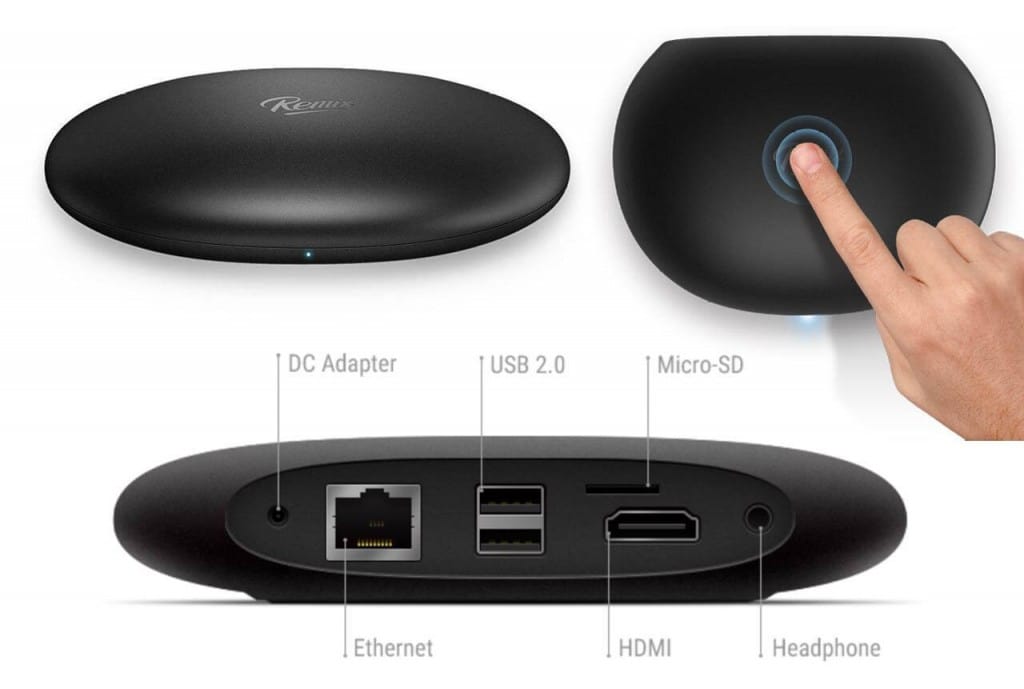 The Remix Mini is a computer that looks like a large, smooth, oval-shaped, matte stone.

Yes. I’ve compared a computer to a rock.

Its simple, clean shape, combined with its stated functionality, had me open.

I had to know what this Remix Mini was all about.

Apparently, the Remix Mini was developed by this company called Jide.

The website for the Remix Mini has some straight markety-marketing language sitting above the fold, which proudly declares:

“Powered by Remix OS, Remix Mini allows you to work and play with the entire Android app ecosystem while taking full advantage of intuitive PC features such as a taskbar, multiple window multi-tasking, mouse and keyboard support, and so much more.”

Right away, I was like “Remix OS” – a proprietary operating system.

The Remix OS is a customized modification of the Android Lollipop OS.

A closed garden that runs apps from the largest device ecosystem.

The Remix Mini is a tiny piece of technology that allows you to leverage the Android OS as if you were working on a PC.

Essentially, it’s a desktop computer that fits in your pocket.

The implications of this are huge.

Especially in Africa, where the cost of desktop or laptop computers are often prohibitive.

The Remix Mini will allow users to start developing in the Android environment on a platform that is inexpensive, accessible and familiar.

Mirroring the traditional “desktop” look and feel, the Remix Mini is taking advantage of a growing Android ecosystem, allowing developers to leapfrog the need for an actual desktop PC.

One of the reasons that Apple won the Apple versus PC battle, was the simple way you were able to work with them.

Right out of the box, Apple offers productivity with little to no ramp up.

The Remix Mini offers similar out-of-the-box utility: users are presented with familiar icons, apps and tools, and the functionality that one would expect on a computer.

Although, I haven’t been able to put my hands on a device yet (Hello Jide? Where’s my Remix Mini?), the interface and functionality seem intuitive.

I’m excited to see the Remix Mini in the wild, and I’ll be sure to update this post if I actually get to take one for a spin.