The first and only black African United Nations Secretary-General is no more, but his legacies in the continent are burgeoning and will never be forgotten on the face of the earth.

Kofi Atta Annan who was buried in Accra, Ghana, on September 13, 2018, after his death on August 18, 2018, in Switzerland following a short illness, is described as a perfect statesman. 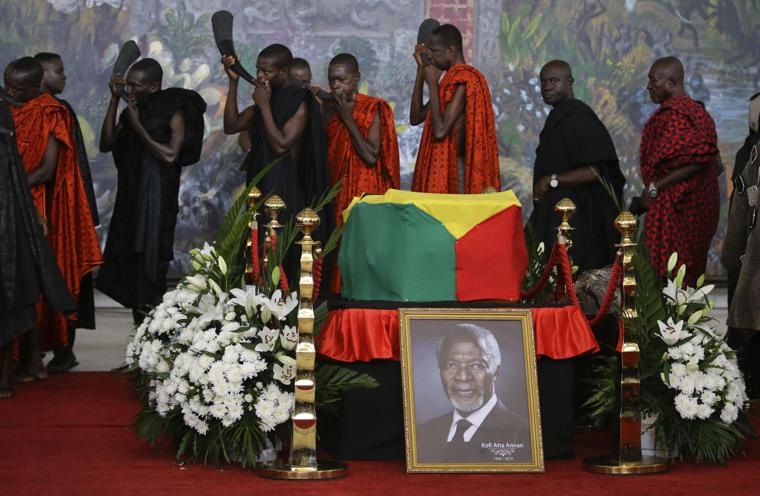 He held on to his African roots and ensured that he lived for Africa even before, during and after his reigns as the chief mediator and peacemaker of the United Nations.

Kenyans can never forget the truce brokered by the Nobel Laureate following the bloody aftermath of the 2007 election which nearly dragged the country into a civil war following the death of over 600 people.

Annan stepped in and stayed in the country for nearly two months in 2008 to calm nerves and find solutions to the post-election tension between former President Mwai Kibaki and opposition leader Raila Odinga who disagreed with the outcome of the election.

Backed by all international bodies, Kofi Annan finally got the two rivals to shake hands by negotiating for a power-sharing coalition government, constitutional amendment and commissions of inquiry to investigate the electoral problems and post-election violence.

Kofi Annan is also noted for his humanitarian contributions to Africa including the curtailing of the HIV menace which had become an epidemic with 23.9 million people living with HIV and 3.5 million new HIV infections every year. There was little to no access to life-saving treatments.

The master mediator got world leaders to set aside a global fund and ensure the UN Security Council adopted resolution 1308 in 2000 declaring AIDS a global crisis and a threat to global security.

His efforts also brought forth the first-ever UN General Assembly Special Session on HIV/AIDS in 2001 which later established the Global Fund to mobilise billions of dollars to combat AIDS and treat other infectious diseases that affected Africa especially.

“HIV/AIDS is not only an African problem. It is global and must be recognized as such. But within that international obligation, the fight against AIDS in Africa is an immediate priority, which must be part and parcel of our work for peace and security in that continent,” Annan said at the time.

Today, HIV/AIDS has been nipped in the bud as treatment is not as expensive as it was and over 20 million people are receiving treatment.

Kofi Annan was very influential after his term as the UN Secretary-General by continuing his diplomatic and developmental work as a member of the international non-governmental organisation of public figures formed by Nelson Mandela and known as The Elders.

He also worked with the Mo Ibrahim Foundation to ensure a stronger leadership and governance in Africa and he chaired the Africa Progress Panel made up of influential figures who affect positive change in Africa through both individual capacities and publications.

However, one role Kofi Annan played that kept haunting him was his handling of the Rwandan genocide in 1994 when he was the head of the UN department for peacekeeping.

He was criticized for not reinforcing troops to Rwanda to prevent the genocide that resulted in the killing of 800,000 people. The troops were ordered to withdraw under his command and his reason was that he got no response from world leaders to contribute troops.

“We would have liked to see a larger force in. I had had situations where I called 82 member states together, trying to get troops. I got zilch [nothing],” he told CNN in 2008.

He has apologized on countless occasions including during a visit to Rwanda in 1998 as UN Secretary-General where he said:

“We must and we do acknowledge that the world failed Rwanda at that time of evil. The international community and the United Nations could not muster the political will to confront it. The world must deeply repent this failure.”

Thousands of people from all walks of life filed past the body of the Nobel Laureate which was laid in state for two days in Ghana. The country organised a state funeral to send off its illustrious son who was buried at a Military Cemetary in the capital.

Over a dozen heads of state and government attended the funeral which was graced by the UN Secretary-General Antonio Guterres and the African Union Chairperson Moussa Faki Mahamat. 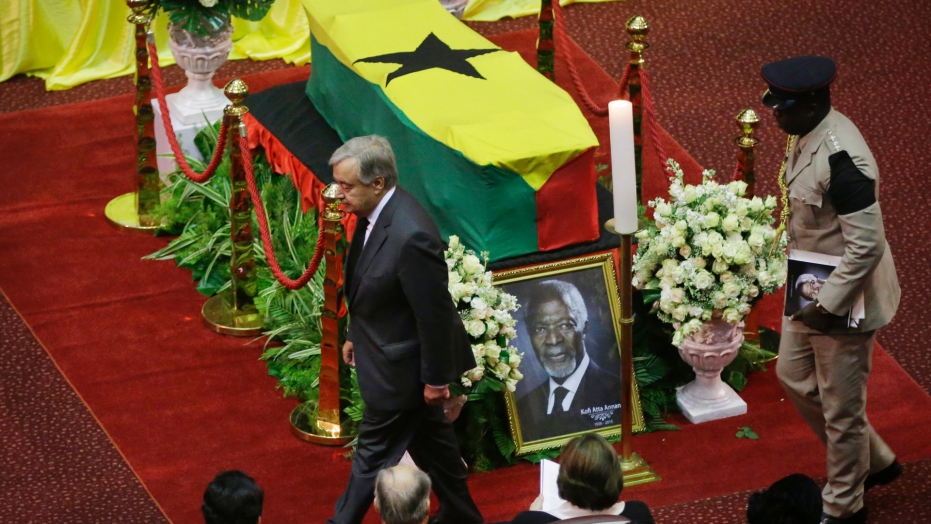