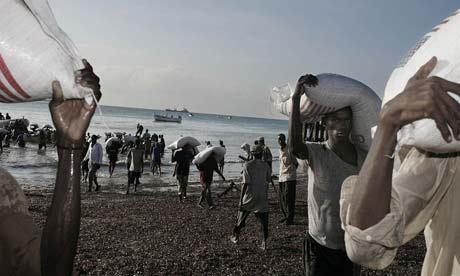 On Wednesday July 20, The United Nations declared the food crisis in Somalia a famine. In certain parts of the country, millions of people are on the brink of starvation and thousands have died due to malnutrition related causes.

The rest of East Africa faces an acute shortage of food due to major drought in the region, the worst the region has seen in 60 years.

In war-stricken Somalia nearly 2000 people flee to neighboring Kenya daily for refuge. Many walk for days into overcrowded refugee camps such as Dadaab, in the semi-arid North Eastern Province where food and water supplies are barely enough for the already 80 000 existing refugees there.

The Somali militant group Al Shabaab, which is taken over parts of the country, has rejected foreign aide, adding to the plight of the many starving Somalians. Relief therefore, comes from the help of neighboring countries and their open borders.

The Influx of Somalians is however, overwhelming Kenya’s flimsy resources as the country is still reeling from problems which caused drought and reduced food supplies. Rising food prices, loss of subsistence livestock and crops is a threat to Kenya’s security. The situation is however, less dire in certain Eastern African countries such as Tanzania, Uganda, Malawi and Zambia. However the drought threatens the stability in the region. If food shortages persist, political protests and border conflicts could ensue.

Foreign organizations such The International development Association (IDA), The Red Cross and the Global Facility for Disaster Reduction and Recovery (GFDRR) a regional have provided funds to help alleviate the situation.

Dtay tuned on how you can join F2FA's efforts in helping.