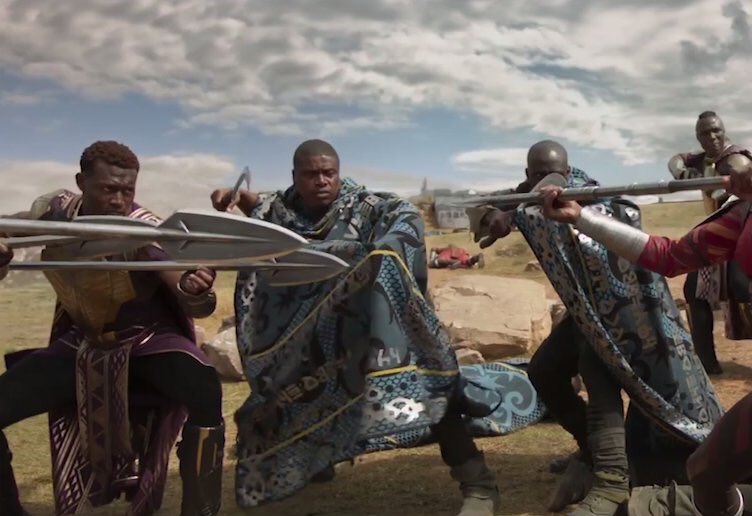 Not only were these quilts used as an accessory to keep warm, they doubled as shields during the epic battle between the Dora Milaje and the border tribe.  The Basotho blanket is derived from the inhabitants of Lesotho also named the Basotho or Sotho.

There are several variations of the fashionable blanket. The oldest brand is known as the Victoria England. In 1897, Queen Victoria visited Lesotho during her jubilee year. She gave then King Lerotholi Letsie a blanket as a gift which he proceeded to adorn poncho style over his shoulders and this began the tradition of wearing the blanket as attire. Queen Victoria was highly admired and respected by the Basotho people thus the Victoria England being worn as a sign of high status.

The costume designer Ruth E. Carter told maliba-lodge.com that she and her costume department wanted to incorporate traditional Lesotho designs so the crew travelled to Lesotho and got permission from the Basotho people before moving forward.