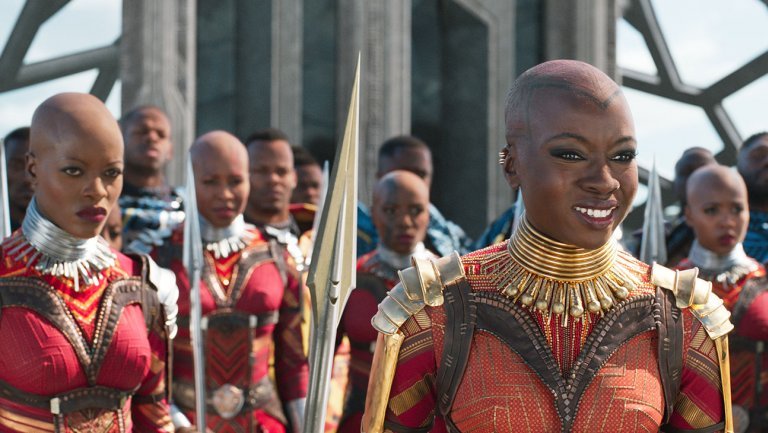 Okoye played by Danai Gurira is seen with golden rings around her neck as she fiercely protects King T’Challa.  The rings are displayed by the Ndebele women of the Nguni group in South Africa. The adornments or idzila as they’re called were worn to symbolize a women’s respect for her husband.  They were believed to possess supernatural powers and were awarded by the husband. The wealthier the husband was, the more rings the wife would wear.