Fast Company is a highly respected global business magazine that focuses on highlighting the initiatives and activities of the world’s most innovative people and companies in technology, leadership, design and economics. Each year, Fast Company names individuals who are “business innovators who dare to think differently” in its top 100 most creative list. This year, five Africans had the honor of being named the world’s most creative people. Here they are along with their countries of origin/heritage: 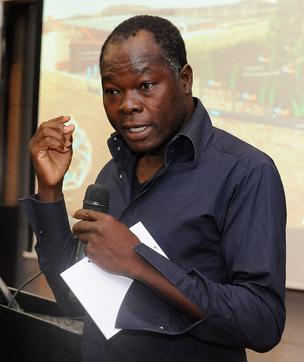 Diébédo Francis Kéré (Burkina Faso): Diébédo Kéré is the founder and Chairman of Kéré Architecture. According to his company website, he is "a bridge between cultures, between the technically and economically developed countries of 'the north' and the less developed African countries (the south)." Kéré is one of Fast Company’s most creative for his unique design of a ventilation system for a new high school in Gando, a city in Burkina Faso, which is his hometown. He designed the system because he knew there would be a need for it: he had attended school in an extremely hot classroom and understands the effects that can have on learning. This innovative architect has already won several awards across the globe for his design’s function and aesthetics. 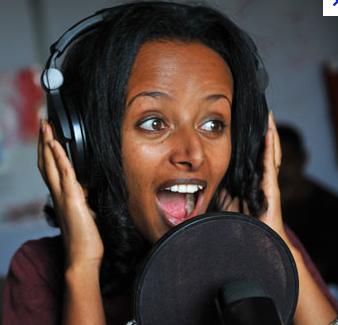 Bruktawit Tigabu (Ethiopia): Bruktawit Tigabu is an Ethiopian media innovator. An elementary school teacher in Addis Ababa until 2004, Tigabu was so taken with the need to reach young children on a wider scale that she left her classroom teaching position with a new mission: to teach young children via television with original programming designed to address the grief, loss and despair many young children experience with the loss of a parent or parents to AIDS. Her company, Whiz Kids Workshop's mission is “to educate children on a mass scale, through the creation and distribution of innovative, entertaining, culturally relevant media and materials.  To make the production of these materials economically self-sustainable and to have fun in the production of these materials.” Along with her husband, Tigabu has produced international award-winning children’s educational programs Tsehai Loves Learning, Little Investigators, and Involve Me (which is the first Ethiopian TV series for students made by students). Her programs deal with issues ranging from sex trafficking and AIDS to science, and she’s training young children along the way! It’s clear that Bruktawit Tigabu is just getting started!

Eddie Opara (Nigeria): Born in London in 1972 to Nigerian parents, Eddie Opara is a multifaceted designer of multiple mediums. His clients run the gamut from the fashion world to academia; from the business world to hotels and hospitality. He has even worked with the Museum of Modern Art. He founded his design company, The Map Office, in 2005 but dissolved his company and left with his team in 2010 to join elite multidisciplinary design firm, Pentagram, as a partner. He has received much recognition for his amazing skills, talent and creativity. 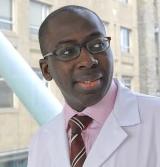 Olajide Williams (Nigeria): Dr. Olajide Williams is the “Hip Hop Doc.” What an impossible pairing! Chief of Staff of Neurology and Associate Professor of Clinical Neurology at Columbia University Medical Center, as well as Director of Acute Stroke Services at New York-Presbyterian, Williams was born and raised in Nigeria and then moved to London. In London, he got his first introduction to hip hop from a classmate at boarding school. In 2005, Dr. Williams began his “Hip Hop Stroke” programs, setting valuable lessons about stroke and its signs to a beat to connect with a younger audience. He realizes the impact that music –particularly hip hop – has on the younger generation and finds that it is a very effective learning tool. In addition to pointing out the signs of a stroke, Williams’ is the founder and president of Hip Hop Public Health, an organization he founded to provide “multimedia solutions for health behavior change in high-risk communities using hip hop music.” He has worked with such hip hop notables as Doug E. Fresh and Chuck D and collaborates with award-winning producers to create his programs. Williams is also a published author, a husband and a father of two. 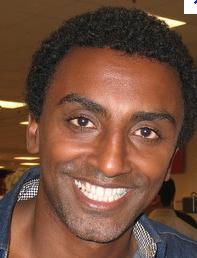 Marcus Samuelsson (Ethiopia): Marcus Samuelsson is arguably the most globally well-known chef to come from Africa in recent times. The Red Rooster owner, multiple restaurateur and award-winning chef needs no introduction. The UNICEF ambassador and husband of Ethiopian model Maya Haile continues to remind everyone how truly innovative Africans really are.