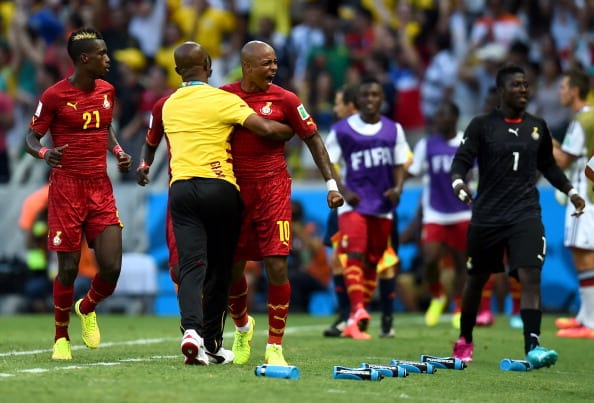 Ghana’s Minister of Youth and Sports, Mahama Ayariga, has assured FIFA that there will be no interference with Ghana Football Association (GFA) daily workings in response to a written warning to the GFA about a possible ban.

A letter sent from FIFA  to the GFA on Thursday stated that the wording of some of the terms of reference for the Commission set up to investigate the country’s poor outing in Brazil must be handled by the GFA’s Congress.

The Presidential Commission, which was set up to investigate Ghana’s participation at the World Cup, will continue with its work despite a warning from FIFA.

The letter further read, “… we refer to the power that the Commission would have to remove any member of the Executive Committee or the President of the GFA in case of adverse findings. In this regard, we would like to remind you that all FIFA member associations have to manage their affairs independently and without influence of any third parties as clearly stipulated in articles 13 and 17 of the FIFA Statutes. Therefore and should any decision be rendered by the Commission against GFA officials thereby removing them from office, it would be considered as interference in the GFA affairs and the case would be brought to FIFA’s higher instances for appropriate sanctions.”

But in response, Ghana’s Sports Minister Ayariga insisted that “the Commission’s mandate is simply to find out what happened in Brazil and I don’t think that…offends FIFA. But if they should ask how, we will also look at our terms of reference.”

In a CITI FM morning show, the minister insisted that the Presidential Commission, which has powers equivalent to a High Court per the Ghanaian Constitution, will tread cautiously in its work and not incur the wrath of FIFA.

A ban will see Ghana miss out on next year’s African Cup of Nations in Morocco; the qualification continues in four weeks.

This potential ban will also affect the female under-20 team, the Black Princesses, who are currently taking part in the Women’s World Under-20 tournament in Canada.

All the national teams and Ghanaian club sides will be banned from FIFA- or- CAF-organized competition and qualifiers should this ban take place.