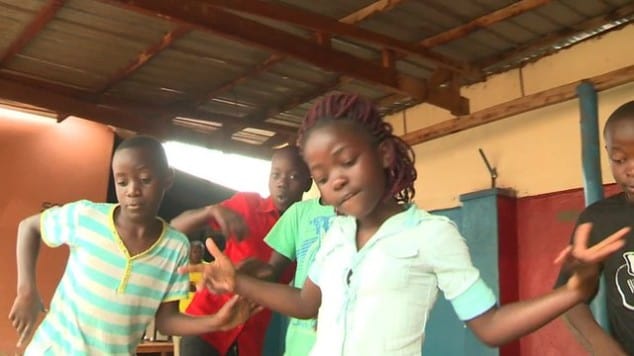 With their addictive dance moves in Ugandan artist’s Eddy Kenzo‘s “Sitya Loss,” the Ghetto Kids shot to Internet fame, giving them an opportunity to perform on some of the biggest stages this year. Consequently, the pubescent group was spotlighted this week, revealing their commitment to using their talent to better their lives.

In June, Face2Face Africa profiled Ghetto Kids’ homemade dance video to “Sitya Loss,” which easily showcased why the young group went viral, and by August, we highlighted their subsequent offering, with Kenzo’s “Jambole.” As with everything, though, their seemingly effortless moves aren’t so effortless after all: They reportedly practice hours on end, daily, in order to perfect their moves for the public.

The only girl in the group recently told the BBC, “If I become a real superstar, I want to help those people who are our fans, so if we grow up, we can help them, so [they can have] their needs [met like] us.”

Behind “Ghetto Kids” is Mathematics Teacher Daudi Kokoma, a former street child, who teaches the dance moves in order to help indigent children in his neighborhood.

“I came up with that idea that as we dance, maybe someone may get somewhere, maybe money, and then we pay for school fees. That is how I was inspired to open up that group.”

Most of the members of the Ghetto Kids come from Kampala’s slums. Alex Sempija, for example, was able to take the money he uses from performing to move his mother in to a room.

The money has also enabled him to return to school.

“[Before] my life was bad, because I would go on the street and start to beg,” Alex said, “and if I [didn’t] get someone who gave me money, I go to the rubbish and I start to check something for eating.”

Therefore, their collective hardships are what motivates them to continuously work to improve their talents: Now that much of the public knows them, they are working on releasing their own songs and videos.

May the Ghetto Kids of Uganda — and ghetto children everywhere — be successful.

RELATED: ‘Ghetto Kids’ of Uganda At It Again with ‘Jambole’!