The White gunman charged in the shooting deaths of nine Black people in a church in Charleston, South Carolina last year, has been found guilty on all 33 charges. According to Time, it took 12 jurors less than two hours to decide the fate of Dylan Roof, who was found guilty of murder, attempted murder, and federal hate crimes.

In June 2015, the 22-year-old shot and killed nine African-Americans attending a prayer service at the Emmanuel African Methodist Episcopal Church. There were fifteen people in all at the prayer meeting, including Roof who pretended to be a churchgoer. At the close of the meeting, while others shut their eyes in prayer, Roof pulled out a handgun and opened fire at the attendees.

At the end of the six-minute rampage, nine people lay dead. A tenth victim was shot but survived.

Two more survived by playing dead while the shooter spared another woman because he needed someone to “tell other people what happened.” After the shooting, Roof escaped and became the subject of a manhunt that ended with his arrest the following day.

The 200-year-old church is one of the oldest Black churches in the United States and it played an important role in bringing together the Black community during the slavery era, the civil rights movement, and more recently it has also served as a rallying point for the Black Lives Matter movement.

Roof told investigators that he targeted the church because it was an easy enough mark, adding that he also hoped to start a race war. 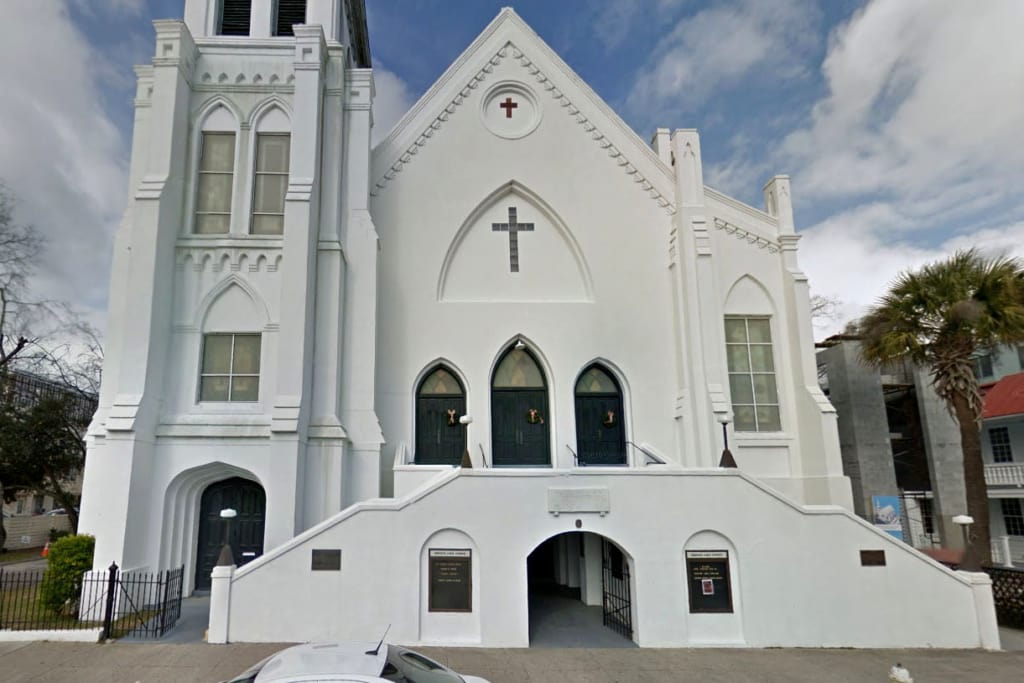 Time reports that Thursday’s guilty verdict was the culmination of an emotionally tense seven-day trial, which saw testimonies from survivors Polly Sheppard and Felicia Sanders. Sanders described Roof as a coward because he refused to look her in the eyes while she testified. During her testimony, she refused to say if she wanted Roof put to death, but she noted that he was unimaginably evil and belonged “in the pits of hell.”

Roof was clearly not remorseful throughout the court proceeding. During his initial interrogation following his arrest, he had told investigators that he killed the victims because somebody had to do it.

He was also obsessed with South Carolina’s racially loaded confederate flag, which he proudly displayed in public. It is believed that Roof may have been radicalized by watching online content made by hate filled White supremacy groups.

Following the massacre, civil right activists finally won the fight to take the confederate flag down from the  statehouse.

The 12-member jury of the federal high court will reconvene on January 3rd to hear from more witnesses before deciding Roof’s fate. In the meantime, Roof has elected to represent himself during the sentencing phase.

South Carolina is one of the few states in the United States that has retained the death penalty. Roof now faces either execution or life imprisonment for his crimes.