Born in Port of Spain, the capital city of Trinidad and Tobago on June 11, 1920, Hazel Scott was undoubtedly a television pioneer as a well as a leading classical pianist and singer in her time. She moved to the United States at the age of four with her family. Her mother, Alma Long Scott was a classically trained pianist and music teacher.

An all-round musical gem, Scott began performing at a very young age and gradually rose to prominence as one of the most talented and highly sought after jazz performers of her time. In 1950, she became the first black woman to have a TV show, “The Hazel Scott Show” which was aired on the DuMont Television Network. 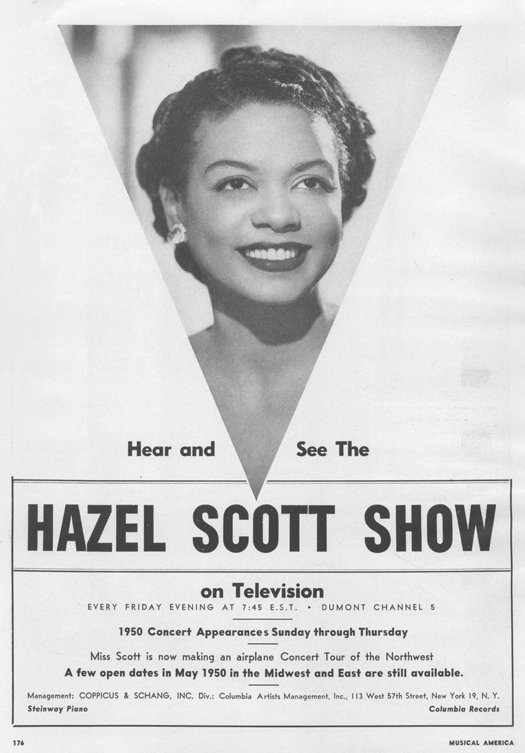 Besides music, Scott was also into acting and was notably one of the first Afro-Caribbean women in Hollywood. She performed as herself in a lot of features including I Dood It, Broadway Rhythm, The Heat’s On, Something to Shout About and Rhapsody in Blue.

Scott’s passion and commitment to the civil rights movement cannot be overemphasized. Her TV show was actually cancelled as a result of her testifying before the House Un-American Activities Committee. She fought for equality and fair treatment of blacks in Hollywood and also refused to perform at segregated venues when she was on tour. She was famously escorted out of Austin, Texas by Texas Rangers for refusing to perform at a venue where the black and white attendees were allocated separate seats. In an interview with Time Magazine after the incident, Scott said, “Why would anyone come to hear me, a Negro, and refuse to sit beside someone just like me?” 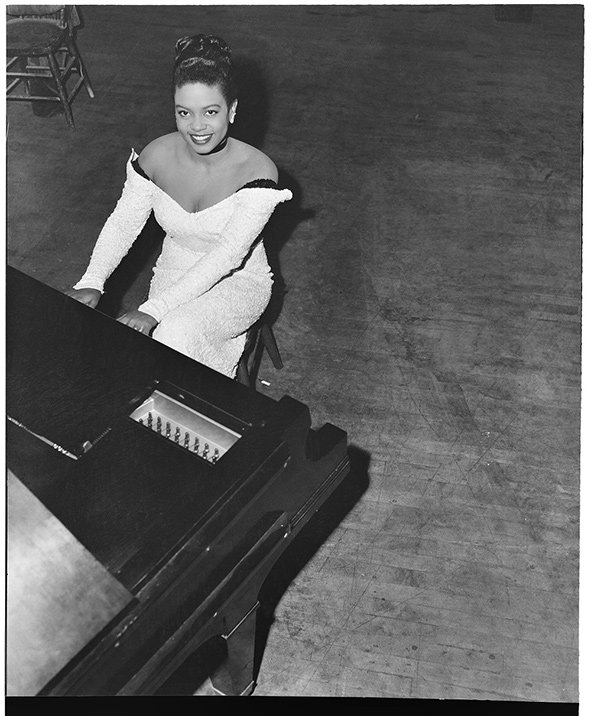 She moved to Paris in the late 1950’s to continue her career as a result of a drop in her ratings due her civil rights activism. She, however, returned to the United States in 1967.

Take a look at some of her electrifying performances below. Her dexterity on the keyboard was just jaw-dropping!