On February 21, 1942, Esteban Hotesse joined the United States Army Air Corps.  Hotesse may have not known at the time that he was making history and charting a path as the only Dominican-born member of the elite all-black army unit, the Tuskegee Airmen.

Hotesse was also part of a small handful of people from a Spanish speaking nation to fight on behalf of the United States during World War II, as reported by Black Past.

Born on February 11, 1919, in Moca, Dominican Republic, Hotesse was only four years old when, together with his mother and young sister, travelled to Ellis Island, New York. The family then settled in Manhattan, NY.

Not much is known about Hotesse’s activities until he was enlisted in the army and assigned to the 619th Bombardier Squadron.

In 1944, premier civil right leaders began advocating for African Americans to be given essential roles in the army.  Subsequently, the 477th Bombardier Group M was reformed in order to work aboard B-25 bombers. The 619 Bombardier Squadron was also merged into this unit.

The 477th never fought overseas for their battle was on the grounds of their home: fighting discrimination and racism.

Image of the 477 Bombardment Group…ECCTAI

The 477th was transferred from the Godman Field in Kentucky to the Freeman Army Airfield, near Seymour, Indiana.

Upon their arrival, the unit learned that Colonel Selway, the officer in charge of the base formed two segregated officer clubs, despite the fact that all officer clubs were to be integrated.  The colonel used a loophole in the system by claiming that the first officer club was strictly for trainees – the “trainees” all happened to be black. The second club was formed for instructors only also known as whites.

Hotesse, now a 2nd Lieutenant in the army was instrumental in staging what would be known as the Freeman Field Mutiny. 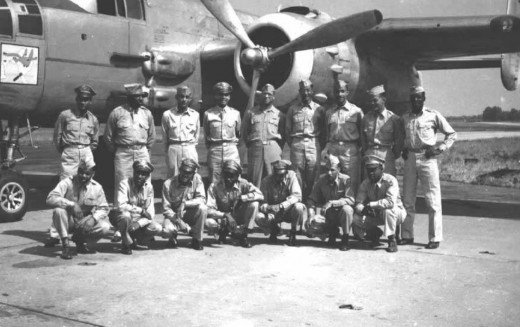 From April 5 to April 7, 1945, black officers in groups of 12 to 20 entered the “whites only” officers club and were arrested for breaking the rules of the base.  One hundred and one officers, including Hotesse, were arrested and returned to Godman Field for trial.

On April 23, all but three of the black officers, who were formally accused of pushing a white officer in an attempt to get into the club, were released.

Many people have looked back at this event as an important milestone in ending segregation in the military. It has also been perceived as a model of civil disobedience used in the Civil Rights Movements of the later years.

On July 8, 1945, Hotesse and his five-member crew undertook a training exercise on the B-25 Mitchell. They took off from the Godman Airfield, dropping their payload off of the aircraft.  The co-pilot took over and dropped in altitude in the amount of 100 feet.

The plane was above the Ohio River and unfortunately descended too low. It crashed killing Hotesse, the pilot and co-pilot. 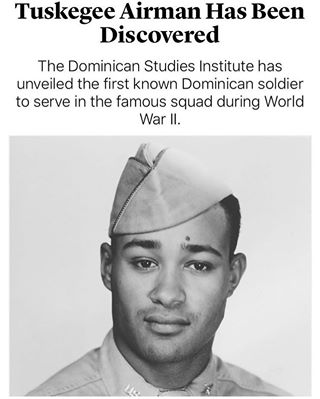 Hotesse died at the age of 26, leaving behind his wife, Iristella Lind and their two children.

His efforts would have gone unnoticed if not for the discovery of his papers by scholars during their research on the contributions of Dominicans to the history of America. Edward De Jesus, a research associate at the Dominican Studies Institute at CUNY, followed the trail until he discovered the contributions Hotesse, then misspelt as Hotess, had made.