After being suspended by Facebook for illegally harvesting data from 50 million profiles in an attempt to influence American voters, British data firm Cambridge Analytica is in the news again. This time, it has been caught in a secretly-recorded tape revealing how they influenced elections in several countries including the United States, Nigeria and Kenya.

In an undercover investigation by Britain’s Channel 4 News, the digital marketing firm was exposed on how they targeted voters with propaganda to influence their voting decisions.

In the said investigation, which covered a spate of four months, an undercover reporter for Channel 4 News posed as a fixer for a wealthy client in order to get a preferred candidate elected in Sri Lanka. This reporter met with senior executives of the British data firm and during such meetings, executives of the firm discussed their mode of operation and how they go to the extent of offering bribes to public officials and entrapping them using Ukranian sex workers.

Besides the mention, little was revealed about the company’s role in Nigeria’s election. However, the executives said they worked behind the scenes during the 2013 and 2017 elections in Kenya to ensure President Uhuru Kenyatta was re-elected.

The managing director of Cambridge Analytica’s political division, Mark Turnbull said his outfit introduced smear campaigns against Kenyatta’s political rival, Raila Odinga with what the Channel 4 reporters described as apocalyptic videos heavily promoted on social media. These videos had strong messages such as: “Stop Raila Save Kenya…….The Future of Kenya is in Your Hands.” 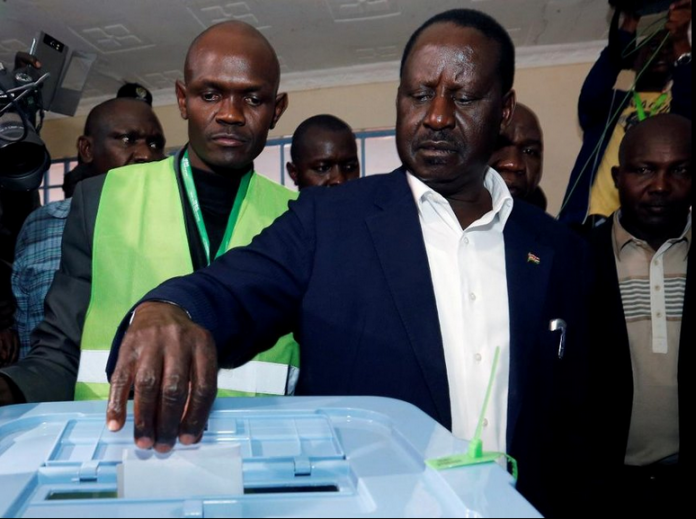 Detailing their role in Kenya’s election, Turnbull said: “We have rebranded the entire party twice, written their manifesto, done two rounds of 50,000 surveys…we’d write all the speeches and we had staged the whole thing. So just about every element of his campaign.”

Bribery is a punishable offence in Kenya’s laws. And as most politicians would not want to be identified as working with foreign companies in their campaigns, Cambridge Analystica said it used people one could least suspect.

“…we set up, if we are working then we can set up fake IDs and websites, we can be students doing research projects attached to a university, we can be tourists, there are so many options we can look at. I have lots of experience in this,” the CEO of the firm, Alexander Nix said.

Kenya’s last electioneering season saw the rise of fake news and sponsored propaganda post which were mostly shared on social media platforms like Facebook and Whatsapp to influence public views and opinion.  According to a joint survey report from GeoPoll and Portland Communications, 90% of people suspected having seen or heard false information regarding the election.

With a country having a high rate of mobile penetration and a faster internet, it is not surprising that the British firm, Cambridge Analytica’s made headway with its alleged mission in Kenya. 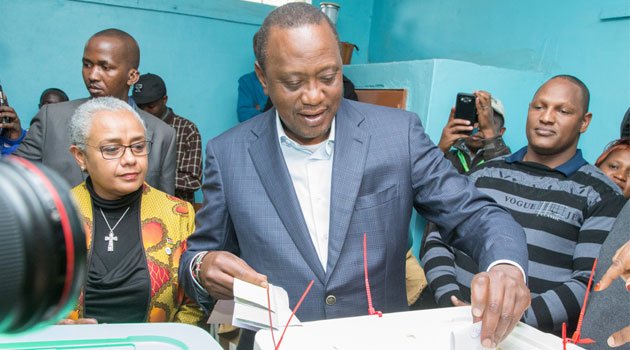 “In playing along with this line of conversation, and partly to spare our ‘client’ from embarrassment, we entertained a series of ludicrous hypothetical scenarios,” the company said in a statement quoted by Reuter.

“Cambridge Analytica does not condone or engage in entrapment, bribes or so-called ‘honeytraps’,” it said.

Cambridge Analytica, created in 2013 is partly owned by the family of Robert Mercer, an American hedge-fund manager who supports politically conservative causes. It is best known for its work in Donald Trump’s election in the US and the Brexit vote in the UK.

Watch the undercover report by Britain’s Channel 4 News below: